Nature restoration and carbon removal are not the same. Here’s why it matters 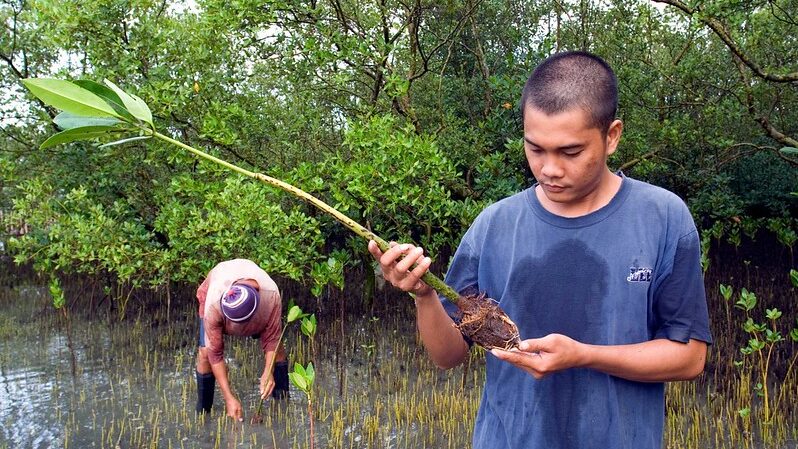 By 6 carbon removal and forest experts

Humanity has increased the concentration of carbon dioxide in the atmosphere by burning fossil fuels, making cement, deforesting land, and degrading soils.

To stop global warming, the world needs to decrease the CO2 concentration in the atmosphere by radically reducing CO2 emissions and eventually reaching net zero. Reaching net zero will require a significant amount of carbon removal that needs to be aligned with core physical climate principles.

One popular way to take CO2 out of the atmosphere is restoring nature — for example, growing trees to build back carbon lost from deforestation or restoring carbon in soils. Restoring nature is one of the key pillars in our fight against climate change. However, the CO2 captured by nature is stored in the “biological” or “short” carbon cycle, where the risk of reversal is high. Forests can be cut or burnt down and succumb to diseases or pests. Soils can quickly lose any new carbon stored if the regenerative practices are discontinued.

Fossil carbon and its atmospheric impacts operate on a much longer carbon cycle. Fossil fuels are part of the “long” carbon cycle, and consist of biomass put under pressure for millions of years and stored safely underground. When fossil carbon is released into the atmosphere, the CO2 sticks around for thousands of years.

Because short and long carbon cycle storage have different effects on warming, it is essential to differentiate between these two approaches. They should not be treated as one and the same. So far, however, the term “carbon removal” has been used to both describe methods that capture and temporarily store CO2 in the biosphere and those that permanently store the carbon away.

The only carbon removals that should be counted as negating CO2 emissions from fossil fuels are those that also store away the carbon for hundreds or thousands of years.

Carbon removal methods would include solutions such as mineralization, direct air capture with geological or mineral storage, and methods that use the biosphere to capture carbon but then store it durably, such as BECCS or woody biomass burial.

This shift would not undercut the essential role of natural climate solutions. Methods that sequester carbon in nature include all methods where the carbon is stored in living biomass or as soil organic content. Examples are reforestation, blue carbon (like restoring mangroves and seagrasses), wetland restoration, and regenerative agriculture to restore soil organic carbon content. In net-zero accounting, carbon stored with these solutions could be used to net out emissions from deforestation and potentially short-lived greenhouse gases such as methane, but not from fossil fuels.

Restoring nature helps to mitigate climate change, but is often as or more valuable for its other contributions. Methods that restore carbon can also increase biodiversity, halt desertification, improve regional climate, increase yields, and create healthier farmland. These solutions should aggressively be pursued, but singularly focusing on carbon can sometimes be harmful. Monoculture plantations harming biodiversity is a stark example.

Carbon removal has been a concept that casts its net too wide. By separating nature restoration from carbon removal, it becomes clearer what a method can be used for and why it should be pursued. This kind of precision is critical to guide early investment and reduce the risk that today’s efforts might unintentionally undermine progress in mitigating climate change.