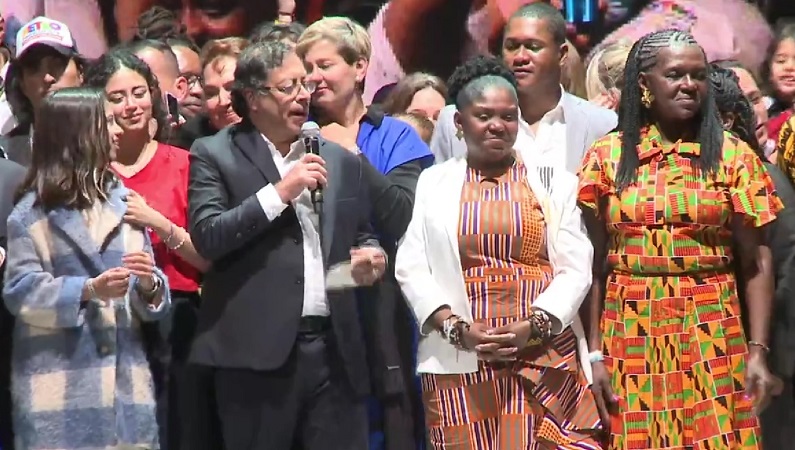 Colombia has elected its first left-wing president, setting the Latin American nation on a path to wind down its fossil fuel production.

In his manifesto, Petro committed to “undertake a gradual de-escalation of economic dependence on oil and coal”. He committed not to grant any new licenses for hydrocarbon exploration during his four-year mandate and to halt all pilot fracking projects and the development of offshore fossil fuels.

“These are not baby steps but huge steps towards the transition and reducing fossil fuels,” said Colombian environmentalist Martin Ramirez.

At the Cop26 climate talks in Glasgow last year, Costa Rica and Denmark launched an alliance of countries committed to phasing out oil and gas production known as the Beyond Oil and Gas Alliance , collectively accounting for 0.2% of global oil production. Colombia produces around 1% of the world’s coal, oil and gas.

Joining the alliance would require Colombia to turn its commitment to immediately end fossil fuel expansion into law and set an end-date for all production.

“Some of the most powerful examples of leadership when it comes to keeping fossil fuels in the ground are no longer coming from some of the European countries that created [the alliance],” Romain Ioualalen, a campaigner at Oil Change International, told Climate Home. “It’s coming from a middle income country in Latin America,” he said.

In his manifesto, Petro pledged to make state oil company Ecopetrol, which produces oil across the Americas, play “a leading role in the transition”. He committed to set up a National Institute for Clean Energies and encourage the roll out of electric vehicles.

He added he would seek to generate and sell carbon credits for greenhouse gas emissions avoided by leaving fossil fuels in the ground and for protecting the Amazon rainforest.

But, Ramirez said, Petro will face challenges ensuring his manifesto is not just “a letter for Santa Claus” and is actually delivered.

Colombia’s constitution means no president can stand for a second term so Petro only has four years to deliver. A majority of lawmakers in parliament opposes him and the Supreme Court can challenge his reforms.

Oil and coal exports are Colombia’s largest source of foreign currency and there are fears the price of the peso could drop when the market opens on Tuesday, piling political pressure onto the government to maintain fossil fuel exports.

And coal-reliant regions won’t be so easily convinced of the plan. In regions such as La Guajira and Cesar, coal mining represents about a third of the gross domestic product and provides many jobs.

“This is not only going to be an energy transition, it is going to be a labour transition and a health transition,” said Ramirez, adding that there are mental health implications for miners loosing their jobs.

On renewable energy, Petro plans to prioritise the coal hub of La Guajira, a desert region on the northernmost tip of South America, for solar energy projects. This will include “mixed ownership” arrangements with the indigenous Wayuu communities, coal mining workers and local councils.

Campaigners hope the new government will end Colombia’s status as the world’s most dangerous place for environmental campaigners.

Vice-president Francia Marquez is herself a veteran environmental and racial justice campaigner who was attacked with guns and grenades in 2019.

“She will push and center efforts on the protection of environmental defenders and I hope this contributes in changing the awful record of Colombia,” said Maria Aguilar, a resilience fellow at the United Nations climate convention’s ‘high level champions’ programme.

Milena Bernal, a Colombian environmental lawyer, said the election result was a “great victory” for those suffering the most from racism and exclusion in Colombia.

Ramirez said Marquez, who comes from a working-class rural background and used to be a housekeeper, faced a lot of sexism and racism during her campaign. “Many people were saying ‘we don’t want a maid to be vice-president’,” he added.