Talks between donor countries and South Africa on a coal-to-renewables finance deal have been slow and difficult. Indonesia wants to do things differently 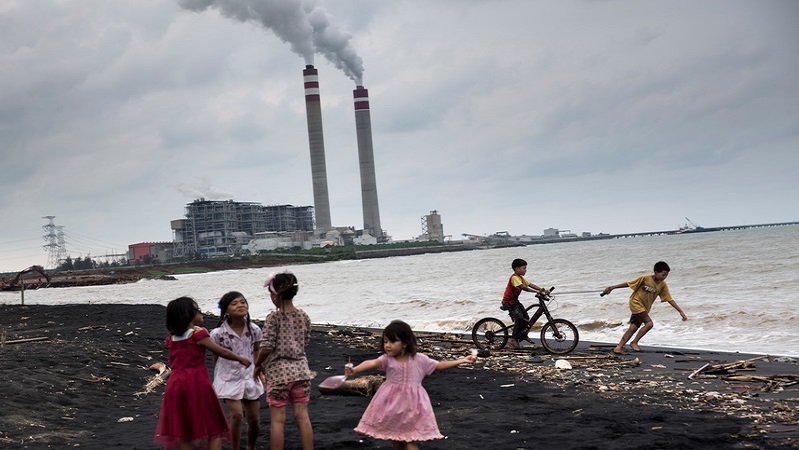 The Indonesian government is learning the lessons from South Africa’s pioneering deal with wealthy nations to shift away from coal, an adviser to the southeast Asian government has said.

At Cop26 last year, the UK, US, France, Germany, EU and South Africa signed an agreement for rich countries to provide $8.5bn in assistance to help the coal-reliant African nation transition to renewables.

Since then, rich nations and the government of South Africa have been split on how much of the finance should be grants, as opposed to loans, and how much should be new and additional to existing finance pledges.

But the model for this energy transition partnership has attracted the interest of other coal-reliant emerging economies like Indonesia, Vietnam and India as well as Senegal, a growing gas producer.

Talks for a similar deal with Indonesia are the most advanced, with the US and Japan leading talks on behalf of a group of rich countries. A deal is expected to be announced in November, either at Cop27 in Egypt or at the Indonesia-hosted G20 summit.

Fabby Tumiwa, director of the Jakarta-based Institute for Essential Services Reform (IESR) is advising the Indonesian government on the partnership. He told Climate Home News the government is focused on avoiding what it sees as missteps in the South Africa agreement.

Tumiwa said Jakarta wants to reverse the process and propose a list of projects that could be funded and their costings before donor nations put money on the table.

“[South Africa] got the money first and then they started consultation [on how] the money will be used. What we found out is that it’s not actually new money, its old money, from a different mechanism,” he said. “The Indonesian process is quite different.”

Tumiwa warned against double-counting the cash, adding that the funds needed to be new and additional. Of the $8.5bn pledged to South Africa, $0.5bn come from a previously-announced pot of money from the Climate Investment Funds. Donor countries have so far refused to provide a full breakdown of the remaining $8bn.

How much money is put forward should also be increased compared to the South Africa deal, Tumiwa said. “By my estimation, we need at least double what South Africa had,” he said, suggesting $15bn would be “a fair amount”.

In an unpublished report, seen by Climate Home, Tumiwa’s think-tank IESR estimates there are 5GW of coal plant capacity which are highly-polluting and inefficient and could be closed at a cost of $4.5bn. That is “low-hanging fruit,” he said.

In total, IESR estimates that replacing all of Indonesia’s coal capacity with renewables will cost around $1.2 trillion. An accelerated coal phase-out will save 168,000 Indonesian lives through to 2050, more than $60bn in health costs and $128bn in coal subsides, it found.

Indonesia is one of the world’s biggest polluters, southeast Asia’s largest economy and has nearly five times more people than South Africa. Yet, South Africa is more dependent on coal for its electricity than Indonesia.

The other major topic of controversy in the South African deal has been the issue of debt. The South African government wants most of the funding to be delivered in grants, which are not paid back, rather than loans, which will add to the country’s national debt.

President Cyril Ramaphosa has faced political pressure over this from the left-wing opposition Economic Freedom Fighters (EFF) party, who claim that by taking loans they are putting the country at the mercy of the US and Europe.

EEF deputy leader Floyd Shivambu called the energy transition a “colonial take-over engineered by the West” while his leader Julius Malema questioned why the deal was announced by the UK’s prime minister not South Africa’s, adding this “suggested that they were undermining the sovereignty of our country”.

The Indonesian government shares South Africa’s concerns about debt. “The government expects to have grants. It doesn’t really want to have a loan – for sure,” said Tumiwa.

In both cases, the transition from coal to renewables is a key priority. But unlike South Africa’s, the Indonesian government wants that to be the funding deal’s sole purpose.

In contrast, the South African government wants the deal to trigger investments in other green technologies like electric vehicles and green hydrogen production. These don’t bring emissions reductions as quickly as a coal to renewables switch but the government believes it can create more jobs and help boost exports.

In an interview with Climate Home on Thursday, Cop26 president Alok Sharma insisted that each transition partnership agreed with developing countries “will be unique in the sense that they will have different mechanisms… and they will need to do different things…. to get finance flowing”.

However, he recognised that the South Africa partnership, being the first one, “will provide a sort of working framework for everything that comes afterwards”.