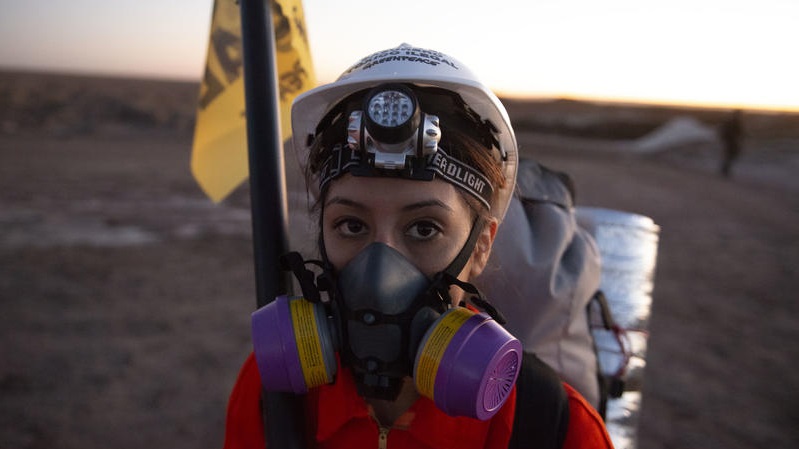 Germany and Italy are considering supporting a gas facility in Argentina, despite analysts’ warning that it would take too long to build to provide a viable alternative to Russian gas and risks being stranded.

In both meetings, Fernández discussed support for a gas liquefaction facility which would allow Argentina’s fracked gas to be stored and transported by sea to Europe. Both Scholz and Draghi agreed to further talks on the issue, he said.

Germany and Italy are among developed countries that committed to end their support for overseas fossil fuel projects by the end of 2022 during the Cop26 climate talks in Glasgow. But at the G7 leaders’ summit this week, both Berlin and Rome pushed the group to water down this commitment.

In a joint communique, the group of wealthy democracies “stress[ed] the important role increased deliveries of LNG [gas] can play” in accelerating the phase out of their dependency on Russian energy and “acknowledge[d] that investment in this sector is necessary in response to the current crisis”.

“In these exceptional circumstances, publicly supported investment in the gas sector can be appropriate as a temporary response,” the statement adds.

Speaking to reporters at the summit, Scholz said “the future does not lie in gas” but “in the short-term, gas is going to be necessary and there can be investments in the transitional phase which are going to have to be supported”.

Draghi echoed his German counterpart’s comments, telling the press: “It’s quite clear that in the present situation, we’ll have short-term needs that will require large investments in gas infrastructure in developing countries and elsewhere.”

But analysts told Climate Home News the gas facilities the Argentinian government wants to develop will take too long to build to meet Europe’s short-term need for alternatives to Russian gas.

E3G oil and gas campaigner Euan Graham said: “New public finance for LNG facilities is the dangerous act of a [German] government in crisis mode. By the time it comes online, EU member states could have already eliminated Russian gas.”

For Argentina to export its gas to Europe, it will need a pipeline from the Vaca Muerta gas field to the coast and a liquefaction facility to turn the gas into a liquid known as LNG which can be transported on ships for export.

The Nestor Kirchner pipeline, linking Vaca Muerta with a port on the Atlantic coast, was announced in 2018 but has been hit by political scandals and construction has yet to begin.

According to E3G analysis of the European Union’s recent REPowerEU energy plan, the EU will require 50 billion cubic meters a year of additional LNG up to 2025. After that, the bloc should begin to reduce its LNG demand by replacing it with clean technology like renewables and heat pumps.

The EU’s ‘fit for 55’ package to meet the union’s climate objectives this decade entails reducing gas demand 30% by 2030 on 2021 levels, the E3G analysis found. Italian think-tank Ecco, which did the same analysis but included more recent public statements from the European Commission, put the number at more than 40%.

Ecco policy adviser Annalisa Perteghella told Climate Home: “These projects have long payback periods, meaning that either we are locking-in new gas infrastructure or we are creating stranded assets”.

Alejo Di Risio, from the Argentinian Association of Environmental Lawyers, echoed the concern that an expensive pipeline and liquefaction facility risk being built and not be used for their whole intended lifespan. “Stranded assets are highly likely,” he said.

If the facilities are built, this will encourage production in Vaca Muerta, one of the world’s “carbon bombs” which, if fully exploited, will contribute to blowing the world’s carbon budget, he added. According to the US Energy Information Administration, Argentina has the third-biggest shale gas reserves of any country in the world.

It will cause local environmental and social damage too, Di Risio said. A report by the Socio-Environmental and Energy Justice Alliance last year found that fracking at Vaca Muerta had caused tremors, multiplied landfills, damaged farming yields and that the waste was burnt by fossil fuel companies.

An influx of well-paid oil workers into rural Patagonia has caused a ‘gold rush effect’, the report found. It has pushed up the price of food and housing and brought prostitution and the trafficking of women and drugs. “Families with scarce resources [have] pile[d] up on the edge of towns,” it adds.

Oil jobs are well-paid but the conditions are “dire,” Di Riso said. That’s “because of the wind, because of the weather, because [workers] have to go really far from the cities…it’s a harsh climate and pretty desolate,” he said.

Asked for a message for Scholz and Draghi, Di Risio said: “What people don’t want to carry out in their own territories shouldn’t be carried out in other territories that are turned into sacrifice zones”.

A German government spokesperson declined to comment. At the time of publication, the Italian government had not responded to Climate Home’s request.