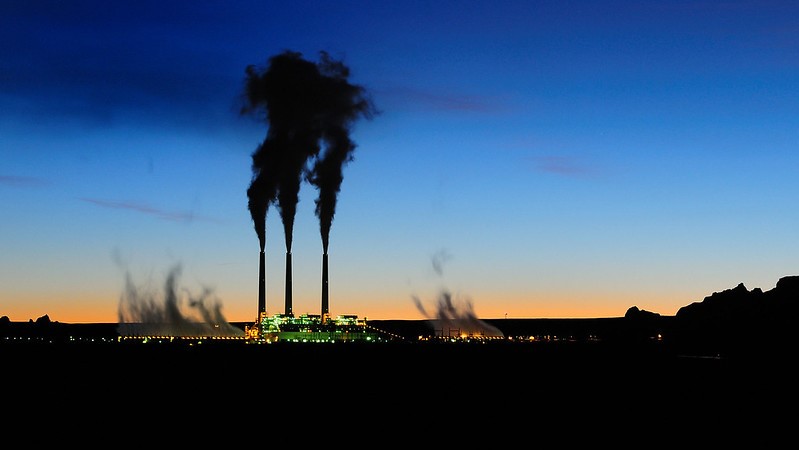 The international climate community has become somewhat used to the US’ wind-screen wiper approach to climate action, making big promises on the international stage and then stepping away.

The latest Supreme Court ruling, which curtails the powers of the Environmental Protection Agency to regulate power plants, has dealt another blow to president Joe Biden’s efforts to rebuild the US’ climate credibility.

The court ruled that, while the EPA can regulate emissions from individual power plants, it cannot set standards to shift power from fossil fuel plants to cleaner sources.

It could have been worse. Environmentalists were worried the ruling could weaken the agency’s authority to regulate greenhouse gases – which it didn’t do. But the ruling does take off the table one of the most effective regulatory tools to reduce the country’s emissions in the power system.

“It means that the agency is going to have a more difficult time establishing nationwide limits on carbon pollution [from power plants],” said Andres Restrepo, senior attorney for the Sierra Club’s Environmental Law Programme.

That poses a direct challenge to Biden’s commitment to achieve 100% carbon-free electricity by 2035.

Around the world, climate negotiators and observers have told Climate Home News the decision further undermines confidence in the White House’s ability to deliver on its climate goal.

“It will no doubt be noticed by Beijing and feed into its long-standing perception that significant US federal action is not possible,” China-watcher Li Shuo said.

Rachel Cleetus, of the Union of Concerned Scientist, had this message for the rest of the world: “This is the moment to put pressure on the US to deliver. This is not a moment to walk away and give up on the US because there’s some real important opportunities that we need to lean into here and policymakers need to feel the pressure from the international arena for the US to live up to its responsibilities.”

Humanity’s efforts to address the biodiversity crisis are in no better shape.

A fourth round of negotiations to agree on a global deal to protect nature this decade ended in Nairobi last Sunday with virtually no progress being made. With five months to the Cop15 biodiversity summit, which has relocated to Montreal, leading conservation groups and campaigners said “a crisis point” had been reached. They urged political leaders to inject momentum in the process.

From the climate frontline, reporter Edward Struzik travelled to the Dehcho region in the Northwest Territories where Canada’s first indigenous protected reserve is bringing together scientific methods and traditional knowledge.

The Dene people have largely resisted the fossil fuel companies eyeing the resources under their feet. Instead, they are collaborating with a team of scientists keen to understand how climate change and thawing permafrost is impacting the region’s ecosystems. In return, the Dene community wants to find out how future warming will further impact their food, water and infrastructure. There is hope this could provide a model for other indigenous communities facing climate threats.

From sub-Arctic Canada to the Brazilian Amazon, Indigenous Peoples are pointing to what a growing body of scientific studies has shown: their knowledge and traditions are critical to protect nature and address the climate crisis.

Writing in Climate Home this week, Txai Suruí, an Indigenous leader and activist, says her people have officially requested the International Criminal Court to investigate environmental destruction in Brazil. They demand that those responsible are held accountable for crimes against humanity.