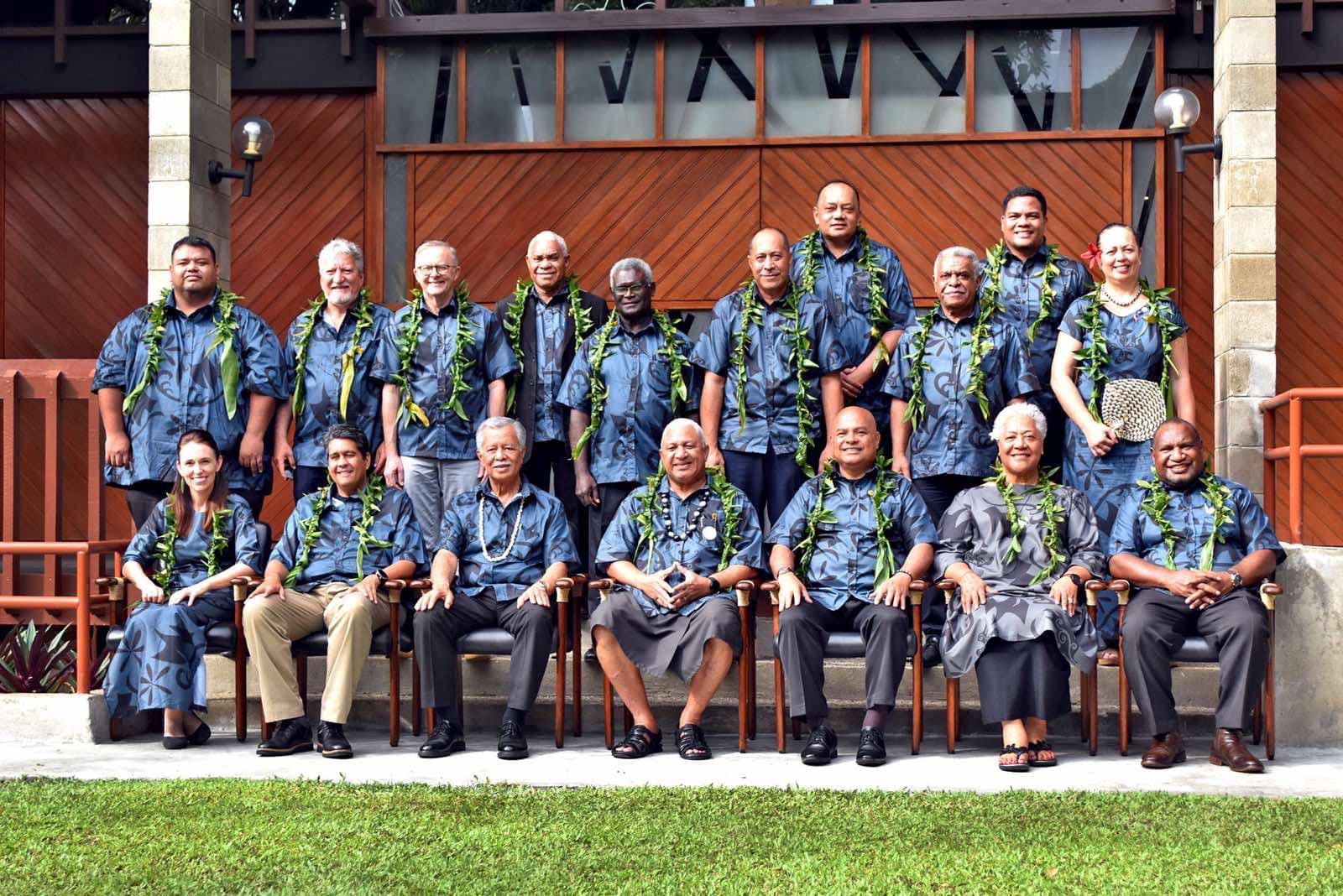 Pacific island nations have welcomed Australia’s stepped up climate ambition but expect Canberra to come back with a plan that aligns with a 1.5C global warming limit – on which their survival depends.

The meeting was an opportunity for Australia to reset its relation with its Pacific neighbours after four difficult years under Scott Morrison, who tried to water down the climate elements of the last meeting, and to counter a growing Chinese influence in the region.

The Labor government’s improved plan to cut emissions 43% between 2005 and 2030 was seen as a necessary first step for Albanese to restore Australia’s climate credentials.

A communique endorsed by all leaders, which hasn’t yet been published, is expected to welcome Australia’s renewed commitments to the forum’s climate priorities and declare “a climate emergency” in the Pacific.

But island nations want Albanese to go further. Speaking after the meeting, Fiji’s prime minister Frank Bainimarama, said: “We simply cannot settle for anything less than the survival of every Pacific island country – and that requires that all high emitting economies implement science-based plans to decisively reduce emissions in line with the Paris Agreement’s 1.5C temperature threshold.

“Most urgently, it requires that we end our fossil fuel addiction, including coal. That is our ask of Australia.”

Australia’s new climate pledge is a step-up that Fiji has long sought –– but out of the duty I owe every young person in the Pacific, I have urged @AlboMP to go further for our family’s shared future by aligning Australia’s commitment to the 1.5-degree target. pic.twitter.com/xXtPoc3Hnu

Pacific island leaders have recognised climate change as “the single biggest threat to the livelihoods, security and wellbeing of the peoples of the Pacific”.

Albanese told Australian media earlier this week that the government’s “position on climate change is something that’s really an entree to get through the door of credibility with our Pacific Island neighbours because for them, it’s a threat to their very existence.”

Australia backed Vanuatu’s request for an advisory opinion from the International Court of Justice on countries’ legal obligations to protect people from climate harm. Further wrangling over the wording of the resolution is expected before it is presented for a vote at the UN general assembly.

The communique is expected to have little to say about Australia’s proposal to host the Cop29 UN climate talks with Pacific island nations in 2024.

“I would love to see a Cop come to the Pacific,” Bainimarama said. “Though I will say: the Cop negotiations are defined far more by what they produce than where they are held.”

Albanese told reporters that “every nation expressed support [for the bid] and were very enthusiastic about the idea” and that he had asked them to think about how they could engage with hosting the summit. Albanese said other bidders, including Germany, were interested in hosting the talks and a decision would be taken at Cop27 in Egypt this November.

“If Australia wants to host the Cop, there is an expectation that they will offer more [emission-cuts],” Wesley Morgan, a researcher at the Australian Climate Council who specialises in relations with the Pacific, told Climate Home News. “It almost invites international pressure on Australia to do more.”

“Now there’s a lot of expectation on Australia to translate words into action,” Lavetanalagi Seru, regional policy coordinator of the Pacific Islands Climate Action Network told Climate Home. “We hope that the government will be able to come forward with a concrete plan to support the 1.5C lifeline.”

Palau’s president Surangel Whipps told The Sydney Morning Herald what that should look like: Australia should at least halve its emissions from 2005 levels by the end of the decade.

A report by the Australian Climate Council, published ahead of the meeting, goes further. It found that based on its economic strengths and vast untapped opportunities for renewable energy, Australia should aim to reduce its emissions 75% between 2005 and 2030.

It added that “Australia’s love affair with coal and gas must end”.

Australia’s ongoing fossil fuel expansion is a sore in its relations with islanders. On Monday, coal became the country’s most valuable export and the government, which is supportive of new gas fields, is due to decide on whether to approve 27 coal mine developments.

Civil society groups wrote to Albanese demanding he “work quickly to keep all fossil fuels in the ground”. If approved, the coal developments would produce the equivalent of 35 times Australia’s annual emissions over their lifetime, they warned. “If this goes ahead, it will be directly detrimental to the Pacific,” said Seru.

Campaigners also want Australia to restart its contributions to the Green Climate Fund, which it stopped in 2019, and provide additional funding to the region.

In 2020, Australia delivered less than a quarter of its “fair share” towards a collective goal to mobilise $100bn for developing countries. It remains one of the worst performing nations on climate finance provision.