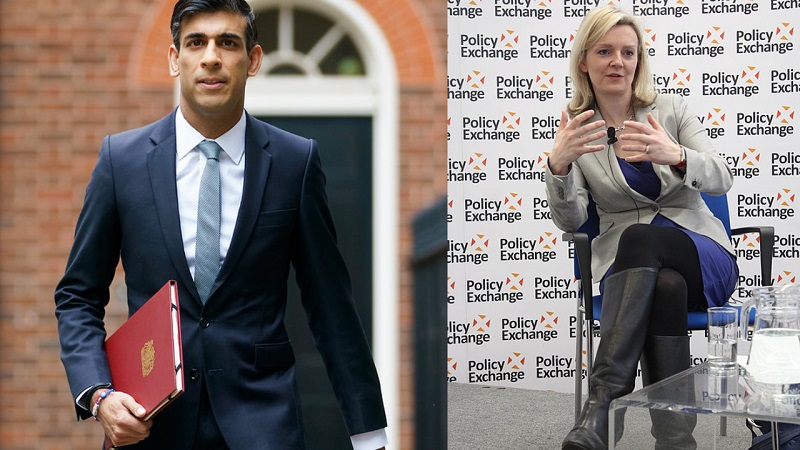 Parliamentarians from the UK’s Conservative Party have given their party members a choice between two candidates for the country’s next prime minister.

After Boris Johnson was forced to resign as party leader and prime minister, the party’s 160,000 members will choose between former finance minister Rishi Sunak and former foreign minister Liz Truss.

While both have said they are committed to the UK’s target to reach net zero emissions by 2050, both have weak records on climate action.

This could change in power, when the successful candidate will face institutional and public pressure to deliver policies that deliver on net zero. Outgoing prime minister Boris Johnson had a record of flirting with climate denial before he was converted by a briefing given by a government scientific adviser.

On Monday, a high court judge ruled that the government’s net zero strategy was inadequate and gave ministers until March 2023 to make the numbers add up.

And as the UK’s high temperature record was shattered this week, with a provisional reading of 40.3C, a poll found 70% of voters understood that climate change was the driver. This view was broadly held among supporters of all parties and of people of all ages.

To start with, 70% of voters think the recent high temperatures are being caused at least in part by climate change. pic.twitter.com/AIiIkFdSx7

On the other hand, both Sunak and Truss will face pressure from climate-sceptic elements within their own party, like the “net zero scrutiny group,” which challenges climate policies on cost grounds.

Truss has recruited from and met with secretively funded climate sceptic think tanks in the UK and US and is considered the rightwing candidate.

In 2012, she voiced support for not just a controversial third runway at London’s Heathrow Airport but a fourth, going further than the airport itself.

As environment minister in 2014, Truss cut subsidies for solar farms calling them a “blight on the landscape”. As solar costs fell though, the UK’s solar capacity continued to rise regardless and she recently told a Conservative Environment Network (CEN) hustings that Russia’s war in Ukraine had strengthened the energy security case for clean energy.

In 2018, she criticised her own government’s attempts to control air pollution from wood-burning stoves. In the same year, she backed fracking for gas, dismissing opposition as “nimby” (not in my backyard). After a string of earthquakes, the practice was suspended a year later.

Despite this record, she has earned the support of the party’s most climate-aware ministers Zac Goldsmith. When Johnson resigned, the international environment minister tweeted that most of the leadership candidates “couldn’t give a shit about climate and nature” but has gone on to back Truss as “the obvious choice”.

For Conservative MPs who value the UK’s international leadership on nature over the last 3 years, ⁦@trussliz⁩ is really the obvious choice. ⁩
She understood the importance of that leadership as Foreign Secretary and she will build on it N10. pic.twitter.com/yA4kYfJVR5

A readout of the CEN hustings shared with Climate Home shows that Truss mainly focused on conserving nature. She boasted of bringing back beavers to the UK as environment secretary, promised to review the UK’s list of protected species and lead a delegation to the biodiversity Cop in Montreal.

Sunak’s political career and climate record is shorter than Truss’s. He was elected to parliament in 2015 and plucked from obscurity to become Boris Johnson’s chancellor just as the Covid-19 pandemic struck. After gaining popularity for spending vast sums to support people during the pandemic, he has tried to restrain spending since the UK’s lockdowns have eased.

This has generally hindered UK climate policies. In November 2021, Sunak announced plans to cut the UK’s aid budget from 0.7% of national income to 0.5%. Programmes to help cities around the world deal with climate change had their budgets cut as a result, overseen by Truss’s foreign and development ministry.

Domestically, Sunak’s spending cuts led to the cancellation of a badly run home insulation subsidy scheme in 2021. But, in 2022, he cut tax on low-carbon technology and recently told the CEN hustings he is looking at launching a new energy efficiency scheme focussed on smart heating controls and cavity wall insulation, which he regards as better value for money.

Under pressure from the opposition Labour Party, Sunak belatedly announced a £5bn ($6bn) windfall tax on oil and gas companies, who have reaped bumper profits because of Russia’s war in Ukraine. But he has not removed oil and gas companies’ broader tax advantages despite the urging of the Climate Change Committee. And just before the UK hosted Cop26 climate talks in Glasgow, Sunak cut tax on domestic flights.

At Cop26, he said he would make the UK the “world’s first net zero financial centre” and pledged £100m ($120m) to the Taskforce on Access to Climate Finance. He said this spending was a “tangible, practical example” of how the wealthy countries are “delivering our promise” to provide $100bn a year in climate finance.

But the rich countries failed to meet this target by their original target year of 2020. According to research by the Overseas Development Institute, the UK under Sunak gave just $3.2 bn in Sunak’s first year as finance minister, half of its “fair share” towards the $100bn target. The figures for 2021 have yet to be released.

In an attempt to win Tory MPs’ votes today, Sunak announced he would not relax planning rules for onshore wind. His campaign said this was “in recognition of the distress and disruption that onshore windfarms can often cause”. Onshore wind is unpopular with some Conservative MPs despite being overwhelmingly popular with the public.

Party members will now vote on the two choices and the result will be announced on 5 September. Recent polling of 725 Conservative Party members showed that 54% would back Liz Truss over Rishi Sunak while only 35% would back the former finance minister. The rest were undecided.