The problem with The Bahamas’ blue carbon market plans

Comment: Caribbean nations need rich countries to pay their fair share of climate finance, not market measures that let polluters off the hook 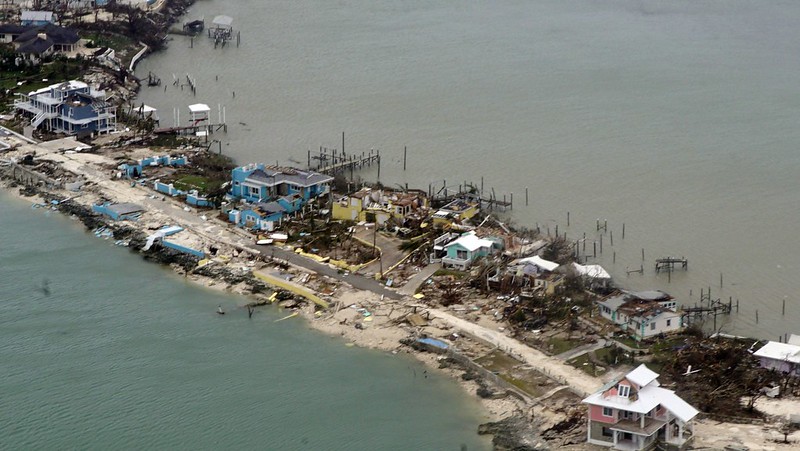 The Bahamian parliament is in discussions to finalize its first-ever “blue” carbon credits via the Climate Change and Carbon Markets Initiatives Bill.

As a Bahamian climate scientist, I have sincere concerns about this bill and the precedent it will set for other small island developing states (SIDS).

Carbon credits may seem appealing to incentivize conservation funding and climate action, but are unlikely to have much impact in the long term. They are largely a dangerous distraction from actively reducing planet-warming emissions.

What The Bahamas really needs is a comprehensive plan for adaptation measures, backed by wealthy nations contributing their fair share of climate finance.

Prime minister Philip Davis introduced the carbon market initiative in April as a means for the Bahamas to benefit from our oceans acting as a carbon sink for the rest of the world. The initiative would serve as a form of climate finance, pioneering the sale of ocean-based “blue” carbon offset credits on the voluntary market and establishing a registry to monitor national emissions.

The carbon market comes with a multitude of problems and makes the Bahamas complicit in climate colonialism.

The Bahamas has been profoundly shaped by its colonial past. Following the European genocide of the Lucayan Indigenous People, the trans-Atlantic slave trade led to increased deforestation, local food insecurity and extreme inequality that still affects the country today. Ending the slave trade caused a serious loss in national income and led to industrial exploits in selling limited natural resources such as sponges and citrus, shipwrecking, rum-running and tourism. The footprint of colonial rule has left Caribbean SIDS dependent on fossil fuels and foreign financial aid for energy production.

Its carbon market venture perpetuates these inequities. Internationally, carbon credits are often utilized and purchased by wealthy governments and corporations as an alternative to cutting emissions. This disproportionately burdens the poor and shifts the responsibility from the global north to the global south – allowing developed countries to continue deforestation and monetising land for farming or industry, while limiting these activities in less developed nations.

Rich countries and individuals have always been the biggest emitters of carbon and other greenhouse gases. Introducing a carbon market in a primarily black small island developing state like the Bahamas may give white emitters false comfort without taking real climate action.

The climate change task force advising the prime minister has sought to address common concerns with carbon trading like the risk of double-crediting. But it is made up of conservation experts, financial managers and climate policy analysts – not physical climate scientists. That means Bahamian citizens are not getting the full picture on how continued emissions are heightening threats like storm surges and flooding.

At Cop26, prime ministers Mia Mottley of Barbados and Davis of The Bahamas advocated a real solution – SIDS receiving pledged carbon finance from wealthier nations. Climate financing for SIDS is one of the best ways to improve adaptation for nations on the frontlines of the climate crisis.

Knowing the risks and relaying concerns to the government, we must call on governments in Sids to refocus on adaptation as a means to prepare for climate hazards, instead of opening our nations to more climate hazards through carbon markets. If this carbon market is the sole venture to address climate change while improving the economy, The Bahamas will be left counting all of our carbon credit profits while our country sinks.

Marjahn Finlayson is a climate scientist from New Providence, Bahamas. She works at the Cape Eleuthera Institute tracking how hurricanes develop in a changing climate at present and in the future.