“We can turn the entire population of the Colombian Amazon into a population that cares for the forest, but we need the world’s funds to do it,” says Gustavo Petro 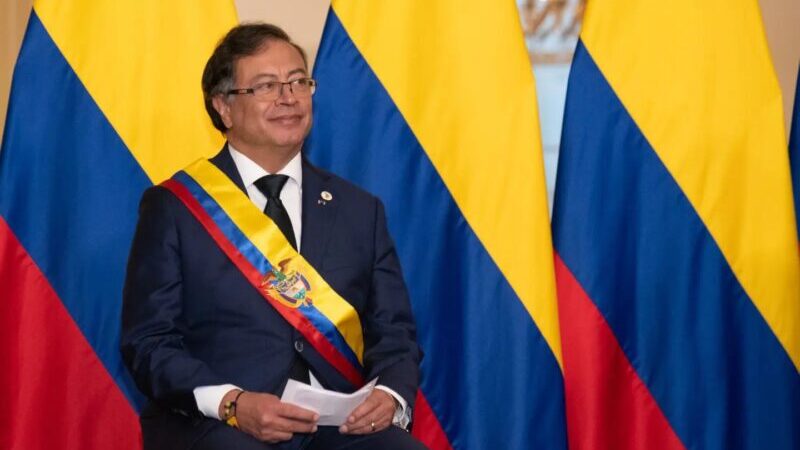 Colombia’s recently elected president, Gustavo Petro, is proposing a debt for nature swap to protect the Amazon rainforest, which is nearing a tipping point after decades of deforestation.

Petro, a former rebel and the country’s first left wing president, was sworn into office on Sunday 7 August in a historic shift for the South American country.

In his first speech as president, he addressed the need to mobilize resources to protect Colombia’s rainforests. In 2022, the country experienced the highest fiscal deficit in recent years and its external debt accounted for half of the country’s GDP.

“I propose to humanity to exchange external debt for internal expenses to save and recover our jungles, forests and wetlands,” said Petro during his inauguration speech.

As the Covid-19 pandemic led to an increase in debt in Latin America, several nations turned to debt swaps to meet their climate goals.

Under this scheme, developing countries get their debts cancelled or reduced in exchange for commitments to finance green projects.

Ecuador, for example, significantly expanded the Galápagos marine reserve and financed it through this mechanism. Colombia’s previous government called for a similar measure in 2021, but didn’t announce new agreements.

After the pandemic and the war in Ukraine exacerbated debt in developing countries, debt for nature swaps —if done appropriately— can become a realistic opportunity to get relief, said Sejal Patel, environmental economist at the International Institute for Environment and Development.

“If they’re structured well, then debt swaps can be a way to redirect payments to the national climate and nature objectives,” said Patel.

At the same time, climate funds have not flowed as needed. Analysis by the Organization for Economic Cooperation and Development (OECD) showed developed countries fell $17 billion short of a target to mobilise $100 billion in climate finance annually by 2020.

There are precedents in the early 2000s where debt swaps made by the United States where counted as climate finance, Patel said. For this scheme to work, however, there must be accountability on both sides.

The projects selected by developing nations should align with their national climate plans, and they should also provide transparency on how those plans are made, the IIED economist said. Creditors should not impose onerous conditions and should allow flexibility to the developing countries, she added.

In countries like Colombia, climate action has been limited by the dire economic situation, said Jhoanna Cifuentes, a local activist and co-founder of the local climate NGO Climalab.

The country committed to a 50% emissions reduction by 2030, most of which is conditioned to external financing. To achieve this, the country pledged to reduce deforestation from the current 174,000 hectares per year to 50,000 in 2030.

Locating fresh funds to achieve this will be part of the challenge, Cifuentes said. “There is a big climate finance limitation in Colombia, as in the rest of the region. Right now, Colombia depends mostly on the fossil fuel industry,” she said. Crude oil and coal are the country’s biggest exports.

The US, one of the region’s top creditors, shared positive views of the debt swap idea during a press conference on Monday. USAID administrator Samantha Power said the new government’s commitments to environmental action represented a “huge opportunity”.

In addition to the debt cancellations, Petro called for a “global fund to save the Amazon” and said “speeches won’t save” the rainforests.

The South American country, home to about 7% of the Amazon basin, the largest rainforest on the planet, was one of the signatories of the COP26 pledge to end deforestation by 2030.

However, Colombia’s previous approach to control deforestation through military force bore little fruit. The country lost an area of forest larger than the city of London each year between 2017 and 2020.

Instead, militarization brought a spike in violence in rural areas, which has made Colombia the deadliest country for environmental activists, said Cifuentes.

The Amazon basin, in particular, has been a major hotspot for deforestation in the country. More than half of Colombia’s forest loss in 2020 occurred in the Amazon region, official data shows.

Petro, on his part, proposed a more community-centered approach during his inauguration. “We can turn the entire population of the Colombian Amazon into a population that cares for the forest, but we need the world’s funds to do it,” he said in his speech.

The Colombian National Indigenous Organization —a coalition of 50 indigenous associations in most of the country’s departments— welcomed the new government’s approach and said in a statement they “firmly believe that the new social pact must combat the legacy of exclusion” towards indigenous communities.