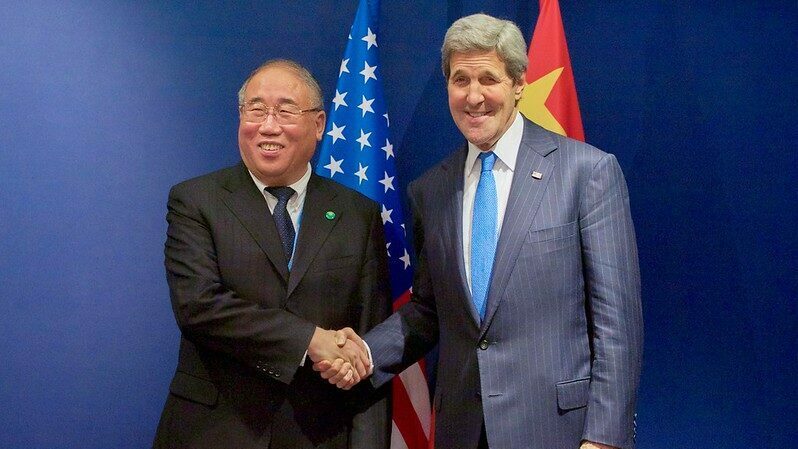 Cooperation on climate between the US and China has long been precarious.

Last year, Chinese foreign foreign minister Wang Yi warned it was an “oasis” which risks being taken over by the desert of broader geopolitical enmity.

After Nancy Pelosi’s recent courageous/provocative trip to Taiwan, the oasis waters have turned to sand as China cancelled all climate talks with the US.

At first glance, a breakdown in talks between the world’s two biggest polluters sounds like a huge deal. But is it?

The two sides don’t need to talk to each other about cutting carbon in order to cut carbon.

The US Senate passed the country’s biggest climate bill ever on Sunday and Chinese pressure to pass that would have been counter-productive, to say the least.

And a bit of space-race style competition on international finance for solar panels and seawalls could benefit the developing world. Deadly floods in Pakistan show how much this money for adapting to climate change is needed.

On the other hand, the breakdown means experts from both sides won’t be gathering next month to swap notes on methane reductions, clean electricity and climate actions by cities.

It’s likely to make Cop27 more combative too, which will be a problem for the UN’s new climate chief, Simon Stiell.

The former environment minister of Grenada got the job last night, bucking expectations that the job would go to a woman from Africa or Asia.