Sponsored content: If successful, the method will support the long-term survival of coral and enhance global ocean biodiversity 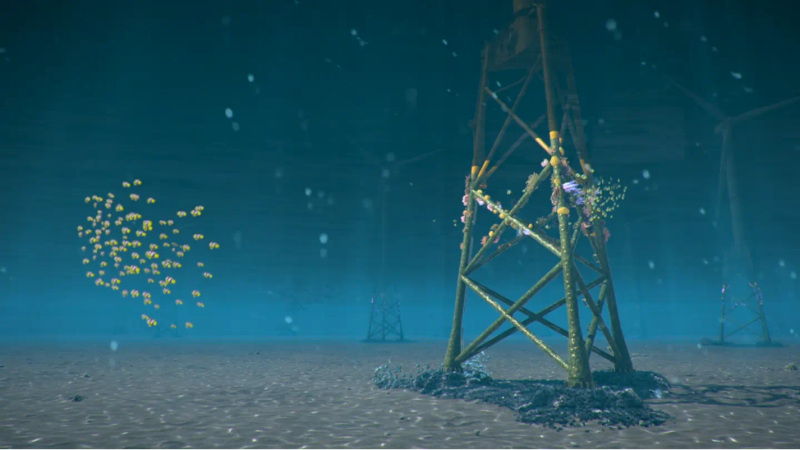 Coral reefs harbour 32% of all known marine species and benefit more than 1 billion people through ecosystem services, including an estimated $2.7 trillion per year in natural infrastructure, food security, tourism, and medicines.

Ørsted aims to address these interrelated climate and nature crises together, and the company is piloting a series of initiatives to help restore biodiversity at some of its renewable energy projects. Through one such initiative, ReCoral, Ørsted will implement a non-invasive approach for collecting surplus indigenous coral spawn as it washes ashore and growing juvenile coral on offshore wind foundations.

Coral is usually found in the shallows, where temperatures can rise the most. Further offshore at wind farm locations, the temperature is more stable due to vertical mixing of the water column.

The turbine structures provide a unique environment for coral to grow close enough to the surface to receive sufficient sunlight without being exposed to higher temperatures.

“This bold attempt to find out whether offshore wind turbine foundations can be seeded with baby corals, which will hopefully grow into viable spawning populations within a few years, is technically challenging,” said Alasdair Edwards, Emeritus Professor of Coral Reef Ecology at Newcastle University.

“If the ReCoral methodology is scalable, the turbine foundations could provide refugia for corals relatively safe from the marine heatwaves that are increasingly killing corals as global warming proceeds,” he added.

The project has been in the works for a couple of years.

Ørsted biologists and marine specialists teamed up with private and academic coral experts to test the concept in 2020. The following year, the team grew juvenile corals on underwater steel and concrete substrates at a test facility for the first time.

Now, the trial will begin in full at the Greater Changhua offshore wind farms in Taiwan across four open water wind turbine foundations.

“We’re excited to take part in such a great initiative and partner up with the world’s most significant player in offshore wind,” said Hern-Yi Hsieh, Director of Penghu Marine Biology Research Center.

“Environmental protection and marine biodiversity will continue to be one of the key topics of the world in the coming decade. It’s great to see that, apart from its effort to supply clean energy, Ørsted is also launching its coral project here in Taiwan to promote environmental friendliness,” he added.

Team members predict that tens of thousands of larvae will settle on the trial turbines, with more than 1,000 surviving the first year. If the corals successfully grow to sexual maturity, millions of new larvae could be produced as early as 2025.

While it’s still early days, Ørsted is hopeful the trial will not only be a success, but also used as a method to be applied to all kinds of offshore foundations in tropical waters around the world.

“To halt climate change and create a sustainable future for the planet, its ecosystems, and its people, we must speed up the transition from fossil fuels to renewables,” said Ørsted Group President and CEO Mads Nipper.

“If we succeed with ReCoral and the concept proves to be scalable, this Ørsted innovation could create a significant positive impact on ocean biodiversity.”