Campaigners are mounting a challenge against the government, arguing that insufficient climate action infringes on their human rights 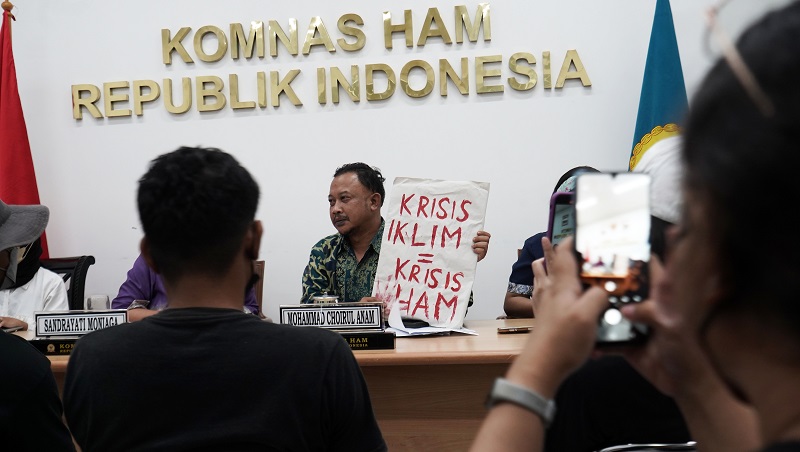 Indonesia’s climate credentials have been questioned as climate and energy ministers from around the world met in Bali to discuss how to tackle the climate crisis.

Indonesian environment minister Siti Nurbaya Bakar, who opened the one-day meeting as part of her country’s presidency of the G20, warned the world’s leading economies that they must act together to combat a warming planet or risk plunging it into “uncharted territory”. But officials were unable to agree a joint communique.

The country submitted an updated nationally determined contribution (NDC) to the UN last year, which brought forward a headline target for reaching net zero by ten years to 2060. It plans to cut national emissions by 29% by 2030 against the business-as-usual scenario. Under a “conditional” scenario, which includes international funding, the target goes up to 41%.

While public perceptions about climate change in Indonesia are mixed, campaigners are mobilising and some are resolutely unconvinced by the government’s rhetoric.

In July, 13 citizens, including children, young adults, farmers and fishers, filed a formal petition to the National Commission of Human Rights, asking it to call on Indonesia’s president to stop violating Indonesians’ human rights by failing to adequately fight climate change.

The petitioners argue that even the updated NDC is inconsistent with a 1.5C pathway, and will lead to national emissions growing rather than falling in the short to medium term. According to Climate Action Tracker, the country’s NDC is “highly insufficient” and its plans to continue to expand coal generation until 2027 are “completely diverging” from the Paris Agreement’s goals.

Low-lying Indonesia, which is made up of more than 17,000 individual islands, is particularly vulnerable to climate change and the petition to the human rights commission documents the impacts that people living there are already experiencing.

Radith Giantiano, a 29-year-old fisherman and free diver from Kupang, was one of many to experience the devastation of cyclone Seroja in 2021, which destroyed fishermens’ boats and homes, as well as fish feeding and spawning grounds.

He has also seen serious coral bleaching as a result of ocean acidification, which makes it much harder for fish stocks to recover. Although he and others are trying to transplant corals from healthy locations, he said the free diving community feels a “tremendous loss” of the beauty that was once there.

Young people also describe their fears for their own future. Fifteen-year-old petitioner Rasya Assegaf lives in Jakarta, which has seen record high temperatures in recent years. “I never thought that I’d be able to make a change through an official pathway, so when I was given this chance, I really jumped on it.”

The petitioners want to see more mitigation ambition, including a solid government commitment to ending new coal and decommissioning existing power stations. Inspired by a similar petition brought by citizens to the Philippines Commission on Human Rights, they also want Indonesia’s commission to make recommendations for greater transparency about the root causes of climate change.

Margaretha Quina, a Jakarta-based environmental lawyer who works for EarthJustice and is supporting the petition, said one of the low-hanging fruit would be for Indonesia to increase its conditional emission target. “The international community can support this through forestry carbon reduction efforts, encouraging Indonesia to readopt and strengthen its palm oil moratorium and by speeding up clean investment to meet international standards,” she said.

Campaigners note that most of Indonesia’s contribution to climate change comes from deforestation, and that in terms of land use, land-use change and forestry it is one of the world’s top emitters.

The country has been using its G20 presidency to encourage the rehabilitation of mangrove ecosystems, but at the same time it is trying to push through an LNG terminal in a protected mangrove forest on Bali. The plans are being fiercely opposed by local residents, which point out that it is a carbon sink and also protects the island against erosion and extreme weather.