The Middle East has not been used to planning for intense rainfall but the region must learn the lessons of recent flooding which killed Asian migrants, experts warn 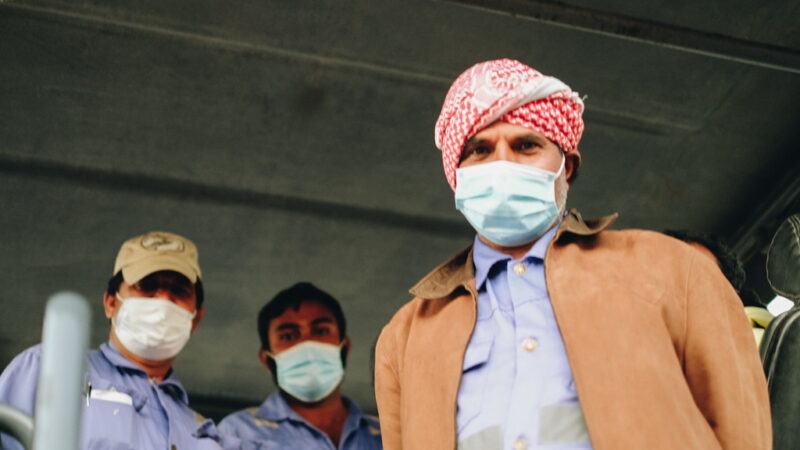 The government provided emergency relief to help people cope in the aftermath of the floods, but migrants told Climate Home News they are concerned about more flooding and extreme weather in the future in a country that is ill-equipped to deal with heavy rainfall.

Heavy rains began on 27 July, resulting in flash floods across the UAE. Seven people died in the floods, all of them Asian migrants. Five of the seven who died were Pakistani citizens, according to Pakistan’s embassy in the UAE. Neither the UAE or Pakistan have shared more details about the victims.

Sharjah, the UAE’s third most populous city, and the emirate of Fujairah, on the Gulf of Oman, were among the worst hit.

“At first we were enjoying the rain but then it got dangerous quickly,” said Amir Bukhari, a migrant from Pakistan who works in sales and lives in Sharjah. “Roads started collecting water. I live on the ground floor and the water started coming inside and that was scary.”

“I didn’t need to evacuate and there was not too much damage,” Bukhari told Climate Home.  “I cannot afford to buy new furniture or move somewhere.”

Two-thirds of UAE’s residents do not have home insurance. Almost 90% of the UAE’s population is made up of migrants, who often have difficult living and working conditions.

“I am worried about those who are very vulnerable, the migrant workers and undocumented migrants,” said Natasha Abaza, an urban designer and planner of Arab origins, who is now based in the UK and works at the architecture firm Prior + Partners.

“Unfortunately, I don’t think they are any resilience plans to prepare urban cities in the Gulf for flooding. They have money so they can help with the damages but I think that is the whole plan right now,” she said. “There is no resilience because of, well, racism.”

UAE’s National Centre of Meteorology (NCM) told local press that climate change is responsible for the increased frequency of heavy rains, which can cause flooding – especially in the mountainous areas of the northern Emirates.

Such extreme weather events “may be even more impactful in a warming world” in the southeastern Arabian peninsula, according to a study by Khalifa University of Science and Technology in Abu Dhabi, in partnership with the UAE’s NCM. A warmer atmosphere can hold more water vapour, meaning extreme events last longer, the study notes.

Faizal E, who would not give his full name as he fears “offending the government”, was forced to leave his home in Fujairah, with his wife and two children, along with hundreds of other families, when floods hit the region in July. The NCM issued a code red alert, signifying that “hazardous weather events of exceptional severity are forecast.”

“We stayed in a government facility for a few days but now I am back home,” he told Climate Home. “The government was very helpful and worked hard to rescue us.”

“Red Crescent and other charities have been providing free hot meals to [everyone], no questions asked,” he said. Over 500 volunteers are working in coordination with organisations such as the Emirates Red Crescent. “There was a lot of damage…the UAE is not a country that sees a lot of rain.”

Faizal praised the authorities for “quick and successful restoration efforts” but is concerned about similar outcomes if heavy rains occur again.

“I think heavy rains show the country’s strongest and weakest points,” he says. “They are so capable of offering help and saving people but there are no plans to prepare for this type of weather, which is rare but happening more and more now.”

Faizal is no stranger to heavy rains because he is a migrant from Kerala, India, which experiences monsoon rains for several months each summer.

“I think my town in Kerala sees this much rain usually during the summer but that is just how the weather is there,” he said. “The UAE does not see this type of rain. It is built better in many ways but it is not built to handle such weather.”

Many of the large cities in Fujairah are located in valleys and have drainage systems that are not able to cope with heavy rainfall or dams to protect people from flash floods.

Large and expensive development projects are often built on flood-prone areas because the “likelihood [of severe floods] is very unlikely,” said Abaza.

“They know it, of course. They have access to this data, [but] they don’t care,” she said. “I am not talking about the UAE specifically, [but] about the region in general.”

The wealthiest cities of UAE boast record-breaking infrastructure, including some of the tallest buildings in the world. This might be part of the problem.

“Everything that has been built there has been built against nature. And nature will fight back,” said Abaza. “Over-engineering to fight these floods is never the solution.”

Instead, more drainage, ending developments in flood-prone areas and landscape restoration should be prioritised, she said.

A report from Khalifa University recommends the following infrastructure investments: “Drains need to be up to the job, or the roads will flood. Dams need to protect from flash flooding, especially in dry river bed wadi [valley] areas. Airport runways need to slope, so the rain runs off into the drains (which must work).”

The UAE was not the only country in the Arab Gulf to experience severe flooding. Bahrain, Kuwait, Oman, Qatar and Saudi Arabia also witnessed heavy rainfall last month, something the arid region has not seen during the summer in over 30 years.

The UAE government did not respond to Climate Home’s request for comment.