Presidents of Senegal, DRC and Ghana travelled to Rotterdam to talk about adapting to climate change. Only one European leader was there to meet them 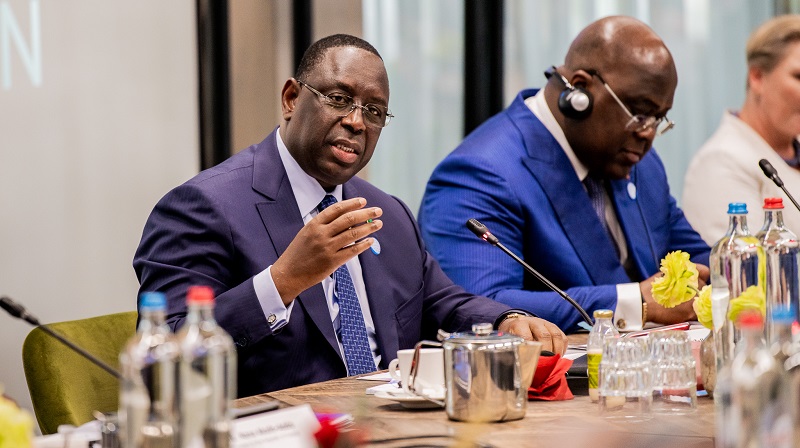 African leaders have criticised their European counterparts for missing a summit in Rotterdam on how Africa can adapt to climate change.

While three African presidents flew to the Netherlands for the Africa Adaptation Summit on Monday, only Dutch prime minister Mark Rutte was there to meet with them.

Senegal’s president Macky Sall said: “I cannot help but note, with some bitterness, the absence of leaders from the industrial world. I think if we made the effort to leave Africa to come to Rotterdam, it would be easier for the Europeans and others to be here.”

Ghana’s president Nana Akufo-Addo associated himself “wholly with the sentiments of president Macky Sall about the failure of certain vested interests to be present with us at this meeting” and the Democratic Republic of Congo’s (DRC) Felix Tshisekedi said “it is my turn to also deplore the absence of leaders of industrialised nations”.

Ethiopia’s president Sahle-Work Zewde, speaking by video link, echoed their criticisms. She added: “Sometimes, we should not appear to be talking to each other while those who should be with us are not present.”

United Nations deputy secretary-general Amina Mohammed said the meeting was “lop-sided” and “a bird only flies on two wings”. She praised African leaders for showing up, adding “it’s not because [they] don’t have anything important do back at home”.

In 2009, wealthy countries promised to deliver $100 billion a year to developing countries in climate finance by 2020. They fell $17bn short of this target in 2020 and have still yet to meet it, with the US responsible for the vast majority of the shortfall.

The shortfall between a country’s climate finance in 2017-18 and its fair share. (Photo: ODI)

At the meeting in Rotterdam, Macky Sall linked this failure on finance to the viability and fairness of African emissions reduction measures. Senegal is promoting offshore oil and gas exploration while the DRC is auctioning off oil concessions in rainforests and peatlands.

Sall said: “When countries of Africa are asked to renounce polluting developments to deal with the current state of emergency on the planet, it is only fair that, as a counterpart, the cost of adaptation to this should be shared equitably also… notably the financial commitment of $100bn a year.”

Analysis of six African national plans by PowerShift Africa finds on average they are investing the equivalent of 2.8% of GDP on adapting to climate change. The UN Environment Programme estimates that developing countries will collectively have to spend up to $300bn a year on adapting by 2030.

Rich countries pledged at last year’s Cop26 summit to double their adaptation finance contributions from 2019 levels by 2025. This would increase it from $20bn a year to $40bn. A group of self-proclaimed “adaptation champions”, which does not include the US, has formed to try and meet this goal.

Africa is responsible for just 3% of total historic emissions.

In Rotterdam, the European Commission’s climate lead Frans Timmermans said that many European citizens would not be persuaded by the “moral point that those suffering the most consequences are not responsible for creating the crisis”.

He said: “Let’s be frank, many of our citizens in Europe will not buy this argument today because their worries are linked to their own existence in this energy crisis, in this food crisis, in this inflation crisis. This might seem very strange from an African perspective but it is always what is closer to your own worries is always bigger on your agenda than someone else’s worries.”

A more convincing argument for Europeans, Timmermans said, is that “without success in Africa,  there can be no success in Europe – our destinies are so intimately intertwined that if we are not collectively responsible for development in Africa, for Africa being able to use the opportunities it has… we will sink together in an ocean of despair”.

Dutch prime minister Mark Rutte joined the meeting for the afternoon. He said: “I would have loved to have more of my European colleagues here.”

The Global Center on Adaptation said it had invited the leaders of its traditional funders in France, Norway, Denmark, Canada and Finland.

France’s Emmanuel Macron met instead with French regional leaders in Paris while Canada’s Justin Trudeau stayed home to deal with a mass stabbing in Saskatchewan.

The governments of Finland and Norway did not reply to requests for comment on what their leaders Sanna Marin and Jonas Gahr Store were doing instead.

Denmark’s prime minister Mette Frederiksen was occupied with a national military remembrance day but told African leaders by video message: “I know that you want Europe to engage more in your struggles and we should.”