The UK’s new prime minister Liz Truss has appointed Jacob Rees-Mogg as energy secretary, who has a record of dismissing climate science 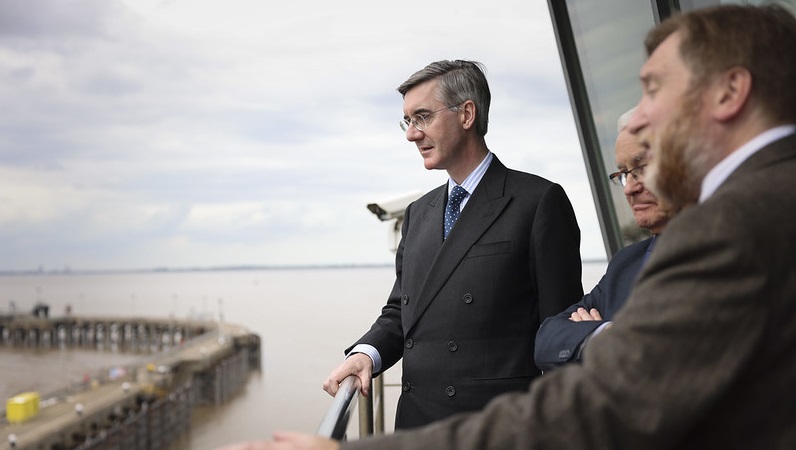 In 2013, he falsely claimed that the effect of rising carbon dioxide emissions the the climate “remains much debated”.

A month earlier, the Intergovernmental Panel on Climate Change had quantified the impact of rising carbon dioxide on global warming in a 1,500-page report. Hundreds of governments, including the UK’s, signed off on its findings.

In 2014, Rees-Mogg said humanity should adapt to climate change “rather than going back to living in the stone-age by reducing people’s use of energy”.

Under the International Energy Agency’s net zero by 2050 pathway, electricity use is expected to more than double between 2020 and 2050 – although it won’t come from fossil fuels.

In the same interview, he said: “I would like my constituents to have cheap energy rather more than I would like them to have windmills.”

An International Energy Agency study published in 2015 showed that onshore wind was generally cheaper than coal and gas power. Since then, renewable energy costs have continued to fall.

The same study published in 2020 said that “onshore wind is expected to have, on average, the lowest levelised costs of electricity generation in 2025”.

More recently, Rees-Mogg has argued for extracting “every last cubic inch of gas from the North Sea” and has said that reaching net zero “is going to be a huge regulatory cost”.

As Business Secretary my overriding mission is to deliver affordable and plentiful energy to the British people and to make the economy as efficient, innovative and dynamic as possible. This will be the department for growth. https://t.co/4CWFAypjqo

The Sun reported that, because of Rees-Mogg’s contrarian views on climate change, “at least two” members of parliament turned down the role of climate minister serving under him. Truss eventually appointed Graham Stuart who, unlike his predecessor, will attend cabinet.

As trade secretary though, she played an active part in climate diplomacy at Cop26 last year.

Truss also appointed a chief economic adviser Matthew Sinclair who wrote a book called “let them eat carbon” about the alleged “price of failing climate change policies and how government and big business profit from them”.

Alok Sharma remains as Cop26 president, Kwasi Kwarteng gets a promotion from energy secretary to finance minister and the relatively unknown James Cleverly will be foreign secretary.

Liz Truss has promised to “doubl[e] down” on the UK’s 2050 net zero target and has said the UK needs more clean energy, particularly offshore wind and nuclear. On the other hand, in the leadership campaign she criticised solar farms on productive farm land.

To curb soaring energy bills, Truss said she would suspend green levies, which support investment in renewables and energy efficiency. It is not clear whether she will scrap them or shift the cost from electricity ratepayers to general taxation.

Joss Garman, the European Climate Foundation’s UK director, told Climate Home that despite the sceptical rhetoric of some ministers, the UK energy transition would continue apace.

“Clean energy is just the cheapest and most secure source of energy, and insulation can wipe hundreds if not thousands off a family energy bill,” Garman said.

“It’s also why the new Chancellor has been vocal in his view that wind energy will be the backbone of Britain’s energy security plan. When taken together with the electoral maths arising from unprecedented high levels of public concern over climate change, there are strong reasons to be optimistic the move towards Net Zero is now irreversible.”

As foreign secretary, he said: “[Truss] significantly reoriented overall UK aid so it would focus much more on boosting UK trade opportunities rather than addressing poverty alleviation and development.”

In a joint letter, the government’s official advisors on the Climate Change Committee and National Infrastructure Commission told Truss “meeting net zero can help the UK’s energy sovereignity and protect it from volatile fossil fuel prices”.

They urged the government to push for energy efficiency and low-carbon heating in buildings and promote onshore wind and solar.

Truss’s predecessor Boris Johnson repeatedly expressed climate scepticism before coming to power but had what he called a “road to Damascus” moment after being briefed by the government’s chief scientist.