The queue that matters – Climate Weekly 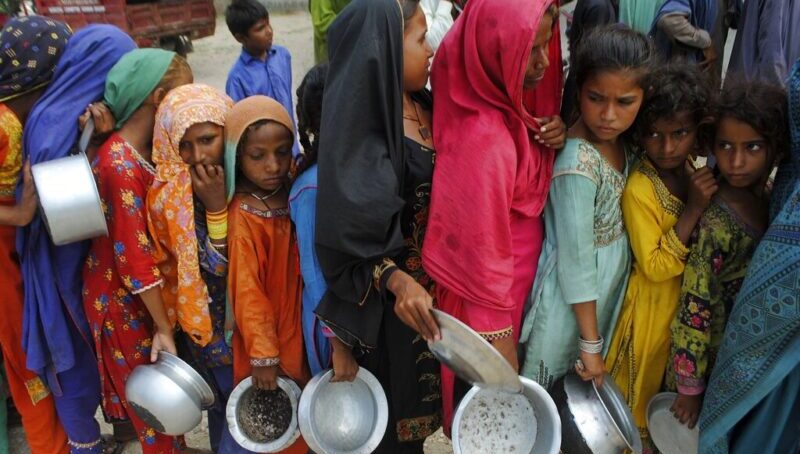 From my temporary workspace on the South Bank of the River Thames, I can see a queue.

People are waiting for up to 14 hours to pay their respects to Queen Elizabeth II. In an age of online scheduling, it would have been easy enough to set up a booking system for mourners, but where’s the sense of occasion in that?

Joining the crowd is an exercise in asserting communal identity, at a moment of uncertainty and change.

In Pakistan, people are queuing for a more prosaic reason: to accept food aid. Half a million have lost homes and crops, their self-sufficiency swept away in exceptionally severe monsoon floods.

An attribution study today confirmed that yes, this is what climate change looks like. Rainfall levels in Sindh and Balochistan province were 75% higher than they would have been in a world without 1.2C warming.

Scientists did not let local decision makers off the hook. Poverty and weak governance put people in harm’s way. Rainfall extremes are to be expected as global temperatures rise. If Pakistan’s politicians had acted on the lessons from bad flooding in 2010, fewer people would be dead or homeless.

But there is plenty of evidence to support the climate justice argument that rich polluters owe Pakistan reparations.

To give disaster victims a chance of building back better, they need both international finance and robust accountability for spending it wisely on the ground.

It is not an easy ask. Albeit from a more comfortable baseline, the middle and lower classes of developed countries are feeling the squeeze from inflation. They expect their governments to take care of domestic problems first.

Only the super-rich and, in the current market, oil and gas producers are getting richer.

It will take bold leadership to make polluters pay for the solidarity and clean energy transition the situation so urgently demands.

The share of South Australia’s electricity consumption generated by wind on Wednesday morning. The state leads the world on renewable energy share and is phasing out gas backup generation.