A US congressional investigation into climate disinformation exposed the lobbying tactics of ExxonMobil, Chevron and Shell 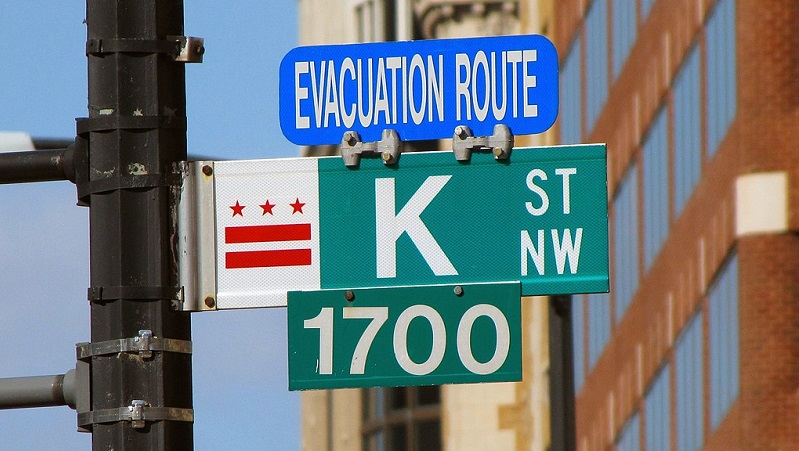 Big oil and gas companies have disclosed over 200 pages of internal emails, in response to a US Congress investigation into climate disinformation.

The emails are between the US-based employees of companies like ExxonMobil, Chevron and Shell and lobbyists working on their behalf.

After decades of delaying climate action, these companies now present themselves as part of the solution to climate change. Some 503 fossil fuel representatives attended last year’s Cop26 climate talks, touting the potential of technologies like biofuels, hydrogen and carbon capture to prolong the industry’s relevance.

Ro Khanna, a Democrat representing California, told the hearing that the documents were “explosive” and he was “appalled” on reading them. Here are five things we learned.

1.Shell will not sacrifice profits for the climate

Under outgoing CEO Ben Van Beurden, Shell has been keen to differentiate itself from other fossil fuel companies.

Sitting alongside climate activists at a TED talk in December 2021, Van Beurden said: “I share, my company shares the anxiety of what is going on at the moment. We get it and we want to be on the right side of history.”

But in January 2020, six years into Van Beurden’s tenure, a Shell lobbyist in Washington DC called Patricia Tamez sent colleagues a series of slides on what they should and should not say publicly.

It says that Shell will not sacrifice profits for the climate. “Please do not give the impression that Shell is willing to reduce carbon dioxide emissions to levels that do not make business sense”, the memo says.

The same briefing says “please do not imply, suggest, or leave it open for possible misinterpretation that [net zero emissions] is a Shell goal or target”. Shell has energy intensity targets but “no immediate plans to move to a net-zero emissions portfolio over our investment horizon of 10-20 years,” it adds.

This was only three months before the company changed tack and announced a target of net zero emissions by 2050.

2.Shell is scared of lawsuits…

The same briefing shows Shell’s fear of the growing number of climate lawsuits brought by campaigners around the world.

In 2019, Dutch campaigners took Shell to court in an attempt to force it to align its business model with the goals of the Paris agreement. In 2021, they won. Shell is appealing against the ruling.

“We are seeing a rising number of legal cases including active litigation specifically against Shell and other oil companies related to climate change and its impacts,” the memo warns.

It continues: “Discipline, consistency and heightened awareness of the sensitivities in our communications regarding energy transitions is therefore paramount, as what we are saying has the potential to either expose or insulate Shell to/from the legitimacy of further claims – from greenwashing to misleading investors”.

In May 2021, a Shell lobbyist on the US West Coast called Steve Lesher told a colleague that Shell’s sell-off of the Deer Park oil refinery is “further evidence that the company is divesting of most of the really energy intensive carbon emitters”.

He continues: “You can throw in our sale of the Canadian oil sands operation from a few years back (a big greenhouse gas headache with a lot of NGO opposition) and see this trend pretty clearly.”

He finishes: “No one has said this, mind you but the pattern is pretty clear: If you’re a major greenhouse gas emitter, and particularly if you operate in a [greenhouse gas] sensitive area like [California], [Washington state] or [Canada], your days in the Shell Family are probably numbered.”

Asked by colleague Gavin McHugh if there’s a similar trend outside the US, he says the Pernis oil refinery in the Netherlands “will be an interesting one to watch” as “it’s right there in the motherland where we are most sensitive and our reputation is mixed”.

“The other pattern to notice,” Lesher says, “is where we DO own high [greenhouse gas] intensive things, it’s in areas where they aren’t that politically sensitive about such matters: China, Singapore, Malaysia, Louisiana…”.

Since Lesher’s email, Shell has continued to sell off assets in places like Scotland’s Cambo oil field after political opposition. But developments in Nigeria, Kazakhstan, Oman, Malaysia, Brunei and Brazil continue.

In 2019, Shell invited a climate scientist called Peter Kalmus to speak at a conference. But after he provided his slides ahead of the event, Kalmus was disinvited.

US website The Intercept reported on the incident. Shell’s climate change adviser David Hone shared the article with colleagues, commenting that it was “not a very flattering account”.

He added: “Looks like the organisers didn’t do their due diligence before reaching out to a climate scientist.”

Sharing official lines to take on the incident for Shell staff, press officer Curtis Smith remarked “the clean up on [a]isle 5 because of this shit show continues”.

4. Exxon and Chevron didn’t want to commit to the Paris Agreement

The Oil and Gas Climate Initiative (OGCI) is a group of 12 oil and gas companies chaired by the former chief executive of BP Bob Dudley. Its stated mission is to “accelerate the reduction of greenhouse gas emissions”.

US companies ExxonMobil, Chevron and Occidental Petroleum joined the group in 2018. These emails reveal that Exxon and Chevron immediately tried to water down the group’s climate commitments.

ExxonMobil’s policy manager Peter Trelenberg sent a memo to his CEO Darren Woods before Woods jetted off to Geneva for the OGCI CEOs meeting. The memo said Exxon and Chevron were trying to remove language in support of the Paris Agreement because “creating a tie between our advocacy/engagements and the Paris Agreement could create a potential commitment to advocate on the Paris Agreement goals”.

Last year, Trelenberg wrote publicly that Exxon has supported the Paris Agreement “framework” since 2015 and commended the new president Joe Biden for re-joining it.

“Chevron has expressed that they are generally aligned with” Exxon’s edits, Trelenberg said. An annotated document shows Chevron trying to change a commitment to “net zero emissions” to a commitment to the vaguer “emissions reduction”.

OGCI responses suggest exasperation at the attempts by the two new American members to change language that had long been agreed. “Net zero emissions is the goal and our support for it is historical,” OGCI says.

A recent report by Influence Map found that 65% of ExxonMobil’s messaging contains green claims while just 8% of its investment is in low-carbon technology.

One of the most common green claims is that Exxon is pioneering the development of sustainable biofuels like algae. But, while algae is green, it’s very difficult to produce it on a scale big enough to be useful for decarbonisation.

The leaked emails show Exxon’s researchers know this, even if its advertising team doesn’t. In 2016, an Exxon marketer suggested a TV advert mentioned Exxon is “researching ways to turn abundant algae into biofuels”.

Neely Nelson from Exxon’s research team pushed back. “The concern on abundant is that, even though they are abundant, it will take a ton of them to make biofuels so that might create some angst with the research folks who know that.”

Notes alongside a 2018 set of powerpoint slides created by Exxon researchers say that “scale has been a challenge” for biofuels. It says algae- based fuels are “still decades away from the scale we need”.

Exxon continues to promote its algae research in adverts. For example, an advert from 2021 says “we want something that will grow really fast, so we can make a lot of fuel”.