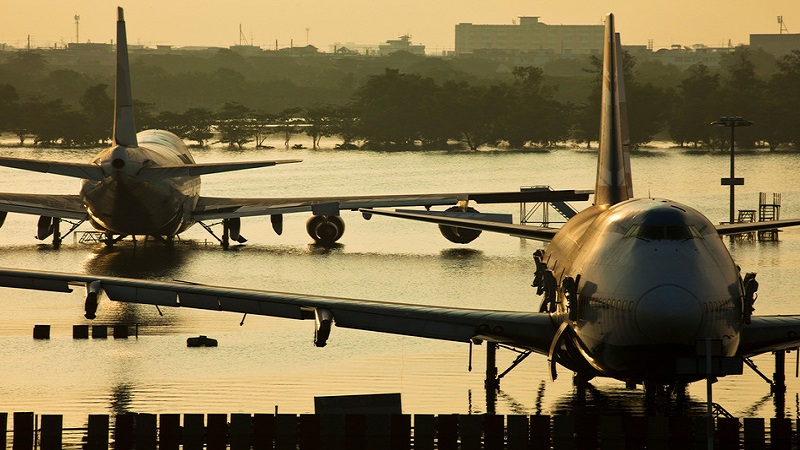 Governments approved a net zero by 2050 emissions target for international air travel on Friday despite opposition from Russia and China.

The “aspirational goal” was signed off by transport ministers at the International Civil Aviation Organisation (Icao) assembly in Montreal, Canada.

But there is currently no viable technology to eliminate planes’ emissions and airlines and governments at Icao have not contemplated reducing flying itself.

Airlines have largely chosen to use much-criticised carbon offset schemes to meet their climate targets.

A group of mostly high-income countries calling itself the “climate ambition coalition” pushed for the 2050 net zero goal against opposition from Russia and China.

At a preparatory meeting of the UN’s aviation body in July, 2050 net zero was put forward to the tri-annual Icao assembly in Montreal this week.

At the assembly, US transportation secretary Pete Buttigieg said the goal was “achievable if we act” and called on the assembly to “bring Icao fully into the world’s fight against climate change”.

New Zealand’s representative wrote that the target was “the minimum aspiration this sector should aim for”.

But Russia’s representative told the assembly that the target “will without a doubt impose an unsustainable burden on the industry”.

China used a climate justice argument. Its delegation said the net zero goal “would lead to discriminatory market distortions to the disadvantage of developing countries” and that “China firmly opposes developed countries’ attempt to transfer their responsibility for emissions reductions to developing countries”.

From the assembly in Montreal, the International Coalition for Sustainable Aviation’s Tim Johnson said: “We hope Icao can agree a net zero 2050 goal today that would begin a process to bring aviation in line with the Paris Agreement. This has been a hard fought negotiation but the really hard work starts now to introduce the measures that will decarbonise the industry.”

Other campaigners were more critical. Anne Kretzschmar from Stay Grounded said: “Adopting a climate target with no binding commitments for states and no interim targets is like building an aeroplane without wings”.

Johnson said that green groups had pushed for interim targets in Montreal and, while the US and some European states had supported them, they had not wanted to jeopardise an agreement by pushing too hard for them.

“Having a long term aspirational goal on one side and then having a poor offsetting scheme [Corsia] on the other side and defending that it’s going to get aviation down to zero is just laughable,” she said.

The industry’s main technological solution to aviation emissions is the use of “sustainable aviation fuels” made out of plant matter. A recent report from the Clean Air Task Force (CATF) cautioned growing crops for energy has some downsides for the climate and cannot be produced at the scale needed to meet projected future aviation demand.

Instead, CATF says governments should research next-generation fuels like those based on clean hydrogen. These are years away from being commercially available.

Airlines have used offsets to claim emissions reductions. But these offsets, including Icao’s own Corsia scheme, have been widely criticised. Recently, budget European airline Easyjet said it would no longer use offsets and would focus on reducing its own emissions instead.