The former president will prioritise tackling deforestation if he wins the runoff against Jair Bolsonaro, says environment chief Izabella Teixeira 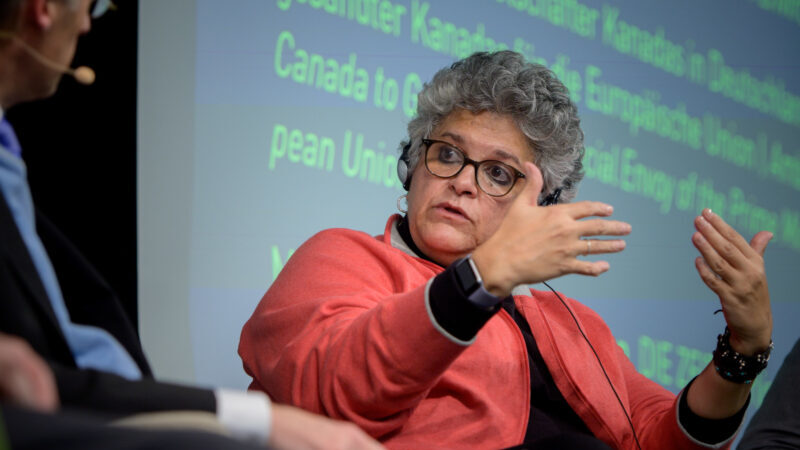 The South American country of 212 million —and the world’s sixth largest greenhouse gas emitter— is headed to a second electoral round 30 October. In the running are incumbent Jair Bolsonaro and former president Luiz Inácio Lula da Silva, who led the first round of voting with 48.4% of the votes.

Izabella Teixeira, Brazil’s former environment minister under Lula and head of his environment team, promised to update country’s nationally determined contribution (NDC) to the Paris Agreement, which outlines its plans to cut emissions.

“It is evident that Brazil’s numbers today are insufficient. These will be reviewed and Brazil’s NDC will once again become an instrument for the country’s credibility for Brazilians and the international community. Brazil needs a new NDC,” she said.

In the lead up to the election, climate activists pushed for Lula’s campaign to update Brazil’s NDC in the first 100 days of government. Teixeira declined to commit to such a deadline.

There is insufficient data to understand the “industrial transition” and role of Brazil’s voluntary carbon market, Teixeira added. “We can’t be irresponsible, say that we have renegotiated and delivered anything. I built the most ambitious NDC that Brazil has ever done, in 2015, and it took a year.”

If Lula wins the presidential election, he faces the challenge of rebuilding Brazil’s environmental image while working with a Congress that has swung further to the right.

Brazil proposed its first NDC in September 2015 and has updated it twice since, in 2020 and in 2022. In both updates, made under Bolsonaro’s term as president, the country used accounting tricks to weaken its climate goals.

In 2020, the country committed to a 37% emission reduction by 2025 and 43% by 2030, but changed the baseline year for the calculation. This allowed for more emissions than the previous version, violating the Paris Agreement.

After pressure from civil society and the international community, Brazil updated its NDC in April 2022, but it still allows the emission of 73 MtCO2e more than what was first proposed in 2015.

The revision of the NDC is one of the proposals listed in the document Brazil 2045, presented in May this year by the Climate Observatory, a network of 73 civil society organizations, for the country to go beyond carbon neutrality in 2050.

The document was delivered to all candidates except to the current president Jair Bolsonaro. For the organization, “with Bolsonaro there is no future for environmental policy in Brazil”.

Revisiting the country’s current target is a fundamental step for Brazil to rebuild trust with the international community, said Stela Herschmann, climate policy expert at the Climate Observatory. This alone is not enough, she added, as the goal must align with scientific evidence.

“We need to present an implementation strategy, which we don’t have today. We don’t say how we are going to reach the number. We also need a long-term goal, we need to talk about adaptation and make sure that the NDC allows effective public participation”, he says.

Comment: The fate of the Amazon rests on the outcome of Brazil’s election

According to Teixeira, Lula’s priority is to curb deforestation, the country’s main source of emissions, which has surged to a decade high under Bolsonaro.

In the last four years, deforestation in the Amazon increased by more than 50% and forest fires in the region have also increased. Environmental crimes are on the rise, including the illegal occupation of land in protected areas, invasions of indigenous territories and the assassination of indigenous leaders.

During the years 2020 and 2021, Brazil’s greenhouse gas emissions increased by 9.5%. Of all emissions, 46% are due to deforestation, mainly driven by illegal mining and livestock expansion.

Preliminary reports indicate that in 2022 deforestation will reach record levels in the Amazon region.

“Combating deforestation is an ethical question… It is not an economic activity, it is one of control and inspection. We will do this and, at the same time, design mitigation and resilience strategies,” said the former minister.

Tackling deforestation is Brazil’s “greatest challenge” but also “its greatest opportunity”, said Herschmann. “We have a competitive advantage, a gigantic forest, and we can invest in reforestation to increase carbon reabsorption.”