The presidency of upcoming climate talks is embracing fossil gas as a “transition” fuel, despite its polluting impact 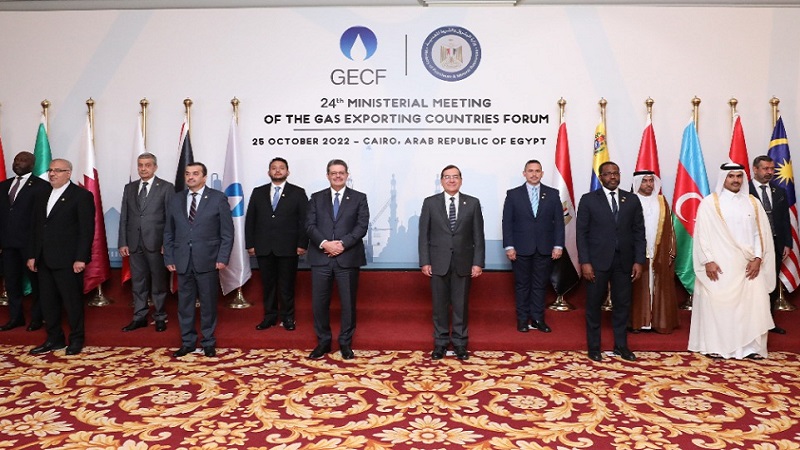 Cop27 host Egypt and 16 other gas-exporting governments have pledged to use upcoming climate talks to promote fossil gas as “the perfect solution” to climate change and energy security.

At a meeting in Cairo on Wednesday of the Gas Exporting Countries Forum (GECF), Egypt’s petroleum minister Tarek el-Molla said: “As the cleanest hydrocarbon [fossil] fuel, natural gas is seen as the perfect solution that strikes the right balance, and will continue to play a key role in the future energy mix.”

The International Energy Agency (IEA) has said that if the world is to have an even chance of limiting global warming to 1.5C then there should be no new gas fields. Launching its annual World Energy Outlook on Thursday, it said the use of unabated gas in the electricity system should fall 97% between 2021 and 2040.

The 17 ministers and civil servants gathered for the forum said that “Cop27 and Cop28 present a great opportunity to make a case for gas in the energy transition”, according to an official summary of the talks. Cop27 is in Egypt while Cop28 is in the United Arab Emirates next year. Both nations are involved in the forum.

His Excellency Abdel Fattah El Sisi, President of the Arab Republic of #Egypt gave an audience today to the #Energy Ministers of the #GECF Member Countries participating in the 24th Ministerial Meeting of the Forum.

The Cop27 president Sameh Shoukry has previously called gas “a transitional source of energy”. In February, the European Commission controversially said the same.

When burned, gas is a little over half as polluting to the climate as coal. However, methane venting and leaks from gas infrastructure can cause a huge amount of pollution.

Egypt’s plans to promote gas at Cop27 can already be seen on the conference’s website. The hosts boast that “Egypt also seeks to provide sustainable transport for COP 27 participants by providing 260 electric and natural gas buses” to ferry participants around Sharm el-Sheikh.

The website’s description of the Cop27 “decarbonisation day” says it will discuss a “shift towards a low-carbon economy” rather than a zero-carbon economy.

The IEA’s 2021 report found that per person income from oil and gas in producing economies would fall by about three-quarters by the 2030 if the world gets on course for 1.5C.

The money each country makes from these fossil fuels would reduce from $1,800 to $450 per person, they found, “which could have knock-on societal effects”.

The IEA proposes these countries minimise these effects by committing early to the energy transition. “The expertise of the oil and natural gas industry fits well with technologies such as hydrogen, [carbon capture and storage] and offshore wind,” it said.

The forum members pledged to cooperate on carbon capture and storage and hydrogen made from fossil gas - not renewables. They did not mention offshore wind.

The world's governments are not on course to meet the 1.5C target or to reduce gas use at the rate meeting 1.5C would require. UN Climate Change said on Thursday that national pledges would see the temperature rise by 2.5C on pre-industrial levels by the end of the century.

The use of gas for electricity has been growing steadily in every world region except Europe. In 2019, it generated 24% of electricity.

But the IEA's latest report says "the era of rapid growth in natural gas seems to be drawing to a close". Under governments' stated policies, gas use will rise slowly until 2030 before plateauing until 2050. If governments meet their policies and pledges, gas use should fall faster - 8% by 2030.

E3G gas analyst Maria Pastukhova told Climate Home: "Gas will no doubt continue to play a role in the global energy mix under every one of these scenarios, but this role is now more of a 'risk to manage' instead of a 'driver of growth' or a 'transition fuel'."

Carbon Tracker founder Mark Campanale said: "For the first time, all scenarios within the [IEA's report] now show a peak or plateau for all fossil fuels. The writing is on the wall for investors, and there is no longer any doubt about the long-term prospects for fossil fuel production businesses, including new gas."