Sponsored content: The war in Ukraine has laid bare Europe’s dependence on Russian oil and gas. Wind and solar power is an urgent solution 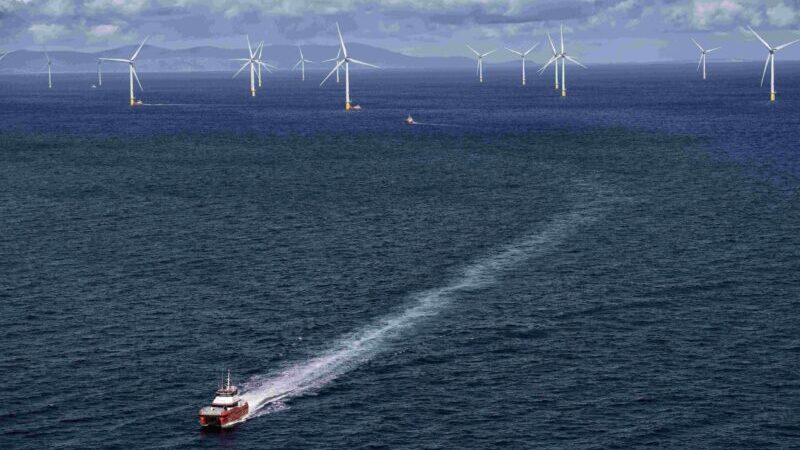 2022 has offered countries fresh incentives to shift away from fossil fuels.

The war in Ukraine has laid bare Europe’s deep dependence on Russian oil and gas. Replacing that dependence overnight was never going to be easy, but it has always been possible.

Renewable energy has long since broken into the mainstream and now waits patiently to step in as the supply of fossil fuels becomes increasingly precarious.

In the European Union, 2021 saw renewables reach an impressive 37% of total electricity production. Wind and solar power have shouldered the majority of this increase, and last year these twin technologies generated more electricity than gas for the first time. This strong level of progress shows the potential is there to go even higher.

Despite recent events, the most compelling reason to wean ourselves off fossil fuels remains the climate crisis. Cop27 will provide a moment to take stock of the progress countries have so far made on cutting greenhouse gas emissions during this crucial decade for climate action. Renewable energy has never been a more relevant and urgent part of the solution.

The current progress on wind and solar power over the past 10 years would astonish the early innovators of these clean technologies. But the question now turns to how we can scale up further and faster to meet our climate targets.

Offshore wind stands out as a technology which can meet our need for new, quick-to-build, and large-scale, clean power. Energy analysts BNEF estimate that global offshore wind capacity could reach 286 gigawatts by 2030, up from 52 in 2021. This is a near sixfold increase within a decade, an astonishing figure which could provide clean energy to millions of households. But building such large amounts of renewable power is no small task. It will require high levels of investment, strong political will, and a commitment to sustainability.

Danish renewables giant Ørsted has decades of experience in the field, having developed both the world’s first offshore wind farm and the world’s largest. New offshore wind farms are now huge in scale and ambition. The biggest projects require installing hundreds of turbines twice the height of Big Ben many miles out to sea. To steer such a project from conception to birth is a major undertaking. To ensure we build enough of them in a short space of time will mean simplifying the process.

Government priorities and energy policies often change at a moment’s notice, and this naturally creates uncertainty. This needs to end. Renewable projects which can take years to build are made more expensive and more complicated by an unstable policy environment.

Another element we need to change is complication. The journey from scoping out plans to getting permission to build can take an inordinately long period of time. Developers rightly have to go through different levels of assessment, from site selection to supply chains. But national governments should aim to make this process easier, clearer, and more transparent.

The other concern in a headlong rush to build new renewable energy capacity is the possible impact on nature. Ignoring this concern would run counter to caring for the planet. Benj Sykes, Head of Environment, Consenting and External Affairs at Ørsted UK, commented earlier this year that: “We know that the climate crisis is one of the biggest threats to our biodiversity and so we must start to implement tangible projects that will help restore nature.” As a result, Ørsted now aims to deliver ‘a net-positive biodiversity impact’ on all the projects it commissions from 2030 onwards.

Businesses also need to have the circular economy in mind when they build out renewable projects. Here it is encouraging to see the industry investigating recyclable wind turbine blades; using recycled materials in the manufacturing process; and exploring how scrap steel from old projects can be used for new wind farms.

The sky is quite literally the limit for renewable energy. For all the progress we’ve made there remains huge untapped potential in these technologies. We should aim to be as bold and as ambitious as possible.