See you in court: how climate lawsuits could sharpen Cop27 loss and damage talks 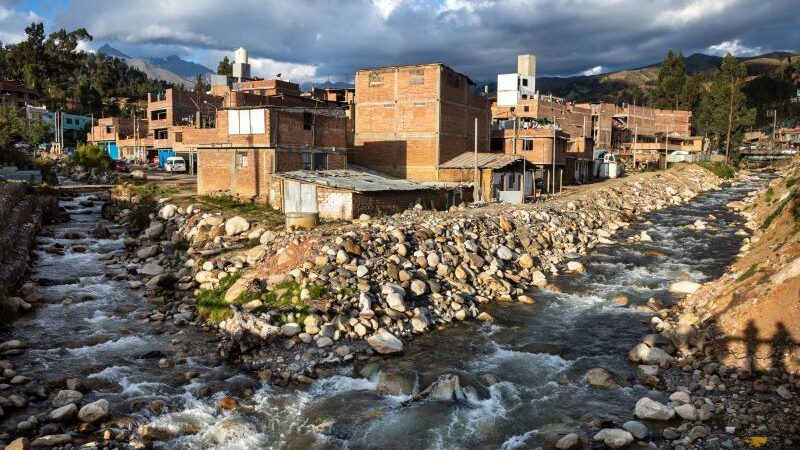 Loss and damage has been at the heart of much media reporting about the upcoming Cop27 climate talks in Egypt in November.

With flooding in Pakistan “likely” made worse by global warming and droughts in the Northern Hemisphere exacerbated by high temperatures, the idea that climate change is already having serious impacts around the world that can’t be adapted to is no longer up for debate.

But who will pay for all this damage is much less certain.

The most vulnerable countries have been trying to get concrete action on loss and damage for three decades. Early proposals sought to set up a global fund, initially framed as “insurance”, that nations would pay into based on their contributions to global greenhouse gas emissions and their capacity to pay (see this timeline by Carbon Brief).

Later attempts to use the language of compensation and liability proved to be a red line for wealthy nations that were historically high emitters. Experts put this partly down to a fear that it would expose countries to huge legal and financial risks, opening the floodgates for litigation.

When the Paris Agreement was finally thrashed out in 2015, it recognised the importance of “averting, minimizing and addressing loss and damage” through the Warsaw International Mechanism but clearly states that this “does not involve or provide a basis for any liability or compensation”.

At the Cop26 UN climate summit in Glasgow last year, wealthy countries finally agreed a framework for the concept of loss and damage, but not how it would be funded or who should contribute to it.

A trickle of donations

In September, Denmark became the first UN member to offer direct cash – $13.3 million – for loss and damage, following similar pledges by Scotland and the Belgian region of Wallonia. This is a tiny amount compared to the more than $500 billion in loss and damage that the Climate Vulnerable Forum and the V20 countries calculated that they had already suffered over the past two decades, but it was hoped the move would put pressure on other wealthy nations to follow suit.

However, they are still proving extremely reticent. Human rights lawyer Harpreet Kaur Paul fears that early industrialisers will keep conversations about loss and damage at Cop27 “centred around information and knowledge sharing – or insurance approaches that do not work”.

“The history of UNFCCC negotiations is riddled with wealthy countries escaping their responsibility to decarbonise nationally, help other countries do the same, as well as fund measures to adjust and adapt to climate impacts, and now increasingly to address loss and damage too,” she says. “Their refusal to engage on loss and damage is a continuation of that plagued history.”

The issue of liability hasn’t gone away. “I cannot in good conscience put Canadian taxpayers at liability risks that could be limitless,” Canada’s environment minister Steven Guilbeault told the National Observer in May.

In numbers: The state of the climate ahead of Cop27

Not everyone buys this argument. In an article for E&E News last year, legal experts doubted that simply creating a loss and damage fund at the UNFCCC would increase liability for climate-related damages. Wealthy countries had that fear “because you knew that you will not keep your word of using international cooperation and solidarity as a way to address loss in time”, says a characteristically blunt Harjeet Singh, head of global political strategy at Climate Action Network.

Frans Timmermans, the EU’s top climate envoy, has admitted that European citizens’ willingness to pay is limited “because their worries are linked to their own existence in this energy crisis, in this food crisis, in this inflation crisis”.

In fact, the floodgates of litigation feared by wealthy nations have now well and truly been opened – as a result of international inaction rather than action. The losses have mounted to a level “where people will become so desperate that the only thing that they can do now is go to the court”, says Singh.

Climate lawsuits have been most successful in getting governments to cut national emissions. Increasingly, many are seeking compensation from historic polluters.

Early cases seeking damages from fossil fuel companies for Hurricane Katrina and for rising sea levels affecting the Alaskan coastal village of Kivalina failed. A lawsuit against German energy firm RWE by Peruvian farmer Saúl Luciano Lliuya, whose home could be flooded by a melting glacier, is still being fiercely fought and could set an important precedent for corporate liability.

Small island states have set up a commission on climate and international law. Vanuatu is campaigning for an advisory opinion on human rights and climate change from the International Court of Justice. The LSE’s Grantham Research Institute expects these initiatives to move the debate “beyond the largely theoretical realm in which it has existed to date”.

Compensation cases cover much of the same ground as loss and damage talks and can help vulnerable nations in their international negotiation strategies.

They raise legal and financial risks for companies and financial institutions. They lend a voice to victims of the climate crisis. And they help unravel knotty questions about causality – once thought to be insurmountable – by using attribution science and shedding light on who is legally responsible for paying out.

However, litigation poses some risks for wider loss and damage negotiations.

For a start, a lawsuit lost in court could send the wider message that the victim doesn’t deserve compensation anywhere.

Conversely, successful litigation for liability and compensation threatens to undermine the UNFCCC’s authority and legitimacy – and particularly the Warsaw International Mechanism as a political forum to address loss and damage – argues Patrick Toussaint, PhD candidate at the University of Eastern Finland Law School. “This rings especially true from the perspective of climate victims,” he wrote in law journal Reciel.

And there’s another problem. When lawsuits started to be filed in the US against fossil fuel firms – cases that are now reaching a jurisdictional crunchpoint – some argued that compensation should not be going to relatively wealthy Global North governments but instead to communities who would suffer the brunt of climate impacts and could least afford to pay for them.

“If these cases become part of the global climate narrative, what message do they convey about who is deserving of compensation and restoration from fossil fuel companies and other major emitters?” Dr Kim Bouwer asked in a 2020 paper in Transnational Environmental Law.

“I still think that to some extent,” Bouwer, now assistant professor of law at Durham Law School, tells The Wave.

She has “a great deal of sympathy for the point that international negotiations have not resulted in any money or any plan”. But while she thinks it would be a fantastic achievement if Peruvian farmer Lliuya wins his case against RWE “the proportion of damages are so small, it’s not going to be enough to properly ameliorate the risk”.

A ‘vital but imperfect’ tool

Paul believes climate litigation can help set the norm that climate losses and damages must be redressed by those who disproportionately increased the risk of the problem.

“But it is piecemeal, expensive and takes time,” she argues. “A multilateral mechanism – which provides public grant funding – has the potential to operationalise responsibility and equity, and to be accessible by all those communities on the frontline of impacts.”

Nikki Reisch, director of the climate and energy programme at the Center for International Environmental Law, describes litigation as a “vital but imperfect mechanism for distributing climate justice”.

She says the prospect of liability adds much-needed pressure for more ambitious climate action and finance for loss and damage, but “the courthouse door is not equally accessible to all”. “That’s why legal action needs to be accompanied by advocacy for systemic change, policy measures and negotiated solutions that can ensure more far-reaching and equitable remedy.”

A new NGO called Systemic Justice, which seeks to radically transform how the law works for communities fighting for racial, social and economic justice, has stronger criticism. It describes the wider climate litigation movement as being dominated by “a white, middle-class and able-bodied perspective” and says many more cases could be built to tackle the climate crisis’s compounding injustices.

Although they have similar aims, there is little overlap between the insular worlds of climate litigation and policy negotiations. Toussaint found a “significant disconnect between the two spheres”, noting that none of the loss and damage lawsuits he analysed referred to the UNFCCC’s Warsaw International Mechanism at all.

“The only benefit for claimants to refer to the UNFCCC’s work on the topic would be to support the argument that the international policy response as it currently stands is woefully inadequate to protect those in harm’s way,” he concluded.

Toussaint saw several ways in which those involved in climate litigation and policy can work better together, including targeted NGO advocacy, support for vulnerable country delegations to employ litigation as a negotiating strategy, and litigation networks that enhance the contribution of expert climate lawyers (like that set up by Urgenda).

Meanwhile, Paul asks strategic litigants to speak to their lived experiences of how climate change is harming access to homes, land, livelihoods, water, health and healthcare, education and much more. Lawsuits brought by islanders, in particular, are starting to do this.

Singh’s appeal to litigators is to eventually point towards a global mechanism under the UNFCCC. “Imagine you take a country to court and the court says you have to pay for the damage, but then they decide who to pay it to. I believe paying through a system which is fair and just would be so helpful.”

But even an international agreement is unlikely to mean an end to lawsuits. Toussaint, now associate expert at the secretariat of the Convention on Biological Diversity, wrote in his paper that, even if new loss and damage funding were to be agreed at international level, “question marks remain as to how the funds would be distributed and accessed by affected communities locally”.

He said people might still sue if they thought internationally agreed funds had not been properly allocated or in cases of non-economic losses that can’t easily be compensated with cash.

Vulnerable nations never wanted things to get so combative. Singh sees climate litigation as one tool useful for putting pressure on polluters over loss and damage, but would really rather peoples’ energy was invested more constructively. “We want a cooperative approach,” he sighs.

A version of this article was originally published on The Wave, a newsletter on climate litigation.