President Cyril Ramaphosa set out a 200-page investment plan ahead of Cop27 climate talks, urging partners to finance his vision 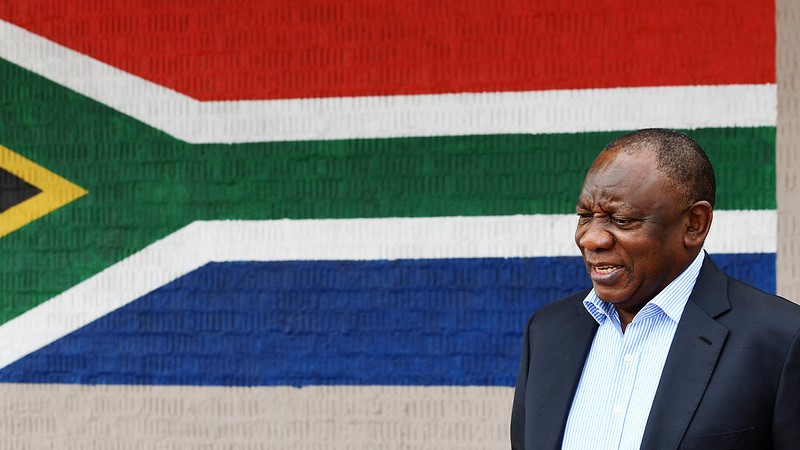 South Africa has pitched the international community a 1.5 trillion rand ($84bn) plan to kick start the decarbonisation of its coal-dependent economy over the next five years.

President Cyril Ramaphosa presented the 2023-2027 investment plan to his presidential climate commission on Friday. He called the 200+ pager “a blueprint” for an economic transition from fossil fuels to renewable energy, to address South Africa’s frequent blackouts, “unacceptable levels of poverty” and the climate crisis.

“In essence, this investment plan is the first of its kind in both scale and ambition. It provides a vision of a future South Africa which is a leading player in a new low carbon global economy,” Ramaphosa said.

The government estimates it lacks financing for ZAR 700bn ($39bn) – around 44% of its investment needs – and is working to mobilise more funding from other country partners, the private sector and philanthropies.

The $8.5bn coal to clean package wealthy nations have agreed to spend to support the transition will “play an important catalytic role but it is not sufficient to meet the scale of our ambition,” Ramaphosa said.

The president said he told the US, UK, France and Germany, which contributed funds, that more money was needed than “what has been put on the table”, including “a significantly larger grant funding component”.

“By releasing this plan, we are placing the ball firmly in the court of the international community, particularly developed economy countries that have through their own industrialisation… contributed greatly to the damage of our climate,” Ramphosa told the commission.

The largest share of the investment needs, ZAR 1trn ($57bn) or around 70%, is earmarked for the electricity sector. This includes decommissioning the country’s ageing coal fleet, deploying renewable energy at scale and modernising the grid.

About ZAR 60.4bn ($3.4bn) is targeted at creating greener job opportunities for workers in the coal-rich Mpumalanga region.

The plan bets big on developing a green hydrogen sector, at 22% of the investment. This would decarbonise South African industry and generate clean fuels for export.

This prospectus will be opened up to consultation and can be amended, Ramaphosa said.

The government is in talks with private investors and multilateral development banks, who are expected to get it over half way to the investment goal.

But Ramaphosa told the commission partner governments needed to deliver more concessional finance. The plan "can really only be fully and properly executed if there is grant funding," he said, particularly to manage the social aspects of the transition.

"I have stressed that the component of the grant funding is much lower than what we need to fund our transition. We are a country that is already heavily burdened with debt. And I've communicated [that] very clearly to them," he told the commission.

He added that wealthy nation partners have been "rather open and willing" to listen to the request and consider additional funding proposals.

And South Africa is "at advanced stages of engagement" with other governments and philanthropies that have expressed an interest in providing support.

Egypt clamps down on activism and undocumented workers ahead of Cop27

Responding to the presentation, the Fair Finance Southern Africa welcomed the president's call for increased grant financing and said it looked forward to participating in the consultation. "Consultation is not a tick-box exercise, but one that civil society is ready, and preparing for in order to ensure people are at the centre of the just transition, and remain so."