As Glasgow forest pledge turns to action, most signatories drop out

Russia, Indonesia and DRC are among the tree-rich nations not signed up to a Cop27 partnership for delivering forest protection 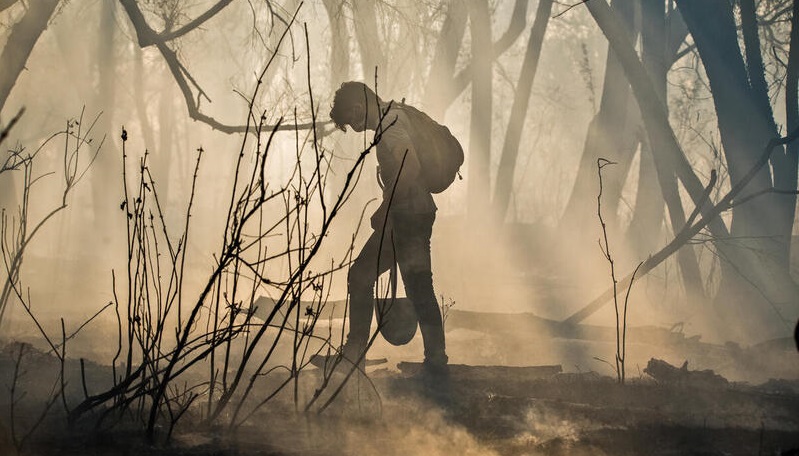 As a pledge from last year’s UN climate summit to save forests firms up into an active partnership, most signatories have dropped out.

At Cop26 in Glasgow, UK, 145 nations representing over 90% of the world’s forests promised to “strengthen” their efforts to conserve forests.

Since then, there have been no major joint meetings following up on this pledge nor any organisation set up to take it forward.

On the ground, deforestation has increased in the Brazilian Amazon, the Democratic Republic of Congo is auctioning off oil blocks in its rainforests and the UK is off track to meet its own tree-planting targets. All three signed the Cop26 pledge.

On Monday at Cop27 in Sharm el-Sheikh, Egypt, the UK launched a “forest and climate leaders partnership” to “ensure a long-term delivery mechanism” for the Glasgow pledge.

At the time of launch, 26 countries representing a third of the world’s forests had signed up for the partnership.

These include the US, Canada, Japan, much of Europe and several Amazon nations. The US and Ghana will co-chair the partnership.

“Forest loss can be averted,” said Ghanaian president Nana Akufo-Addo in a statement. “There is, however, the need for a dedicated space, globally, to provide the needed support and accountability checks to countries that are committed to delivering the Glasgow Leaders Declaration.”

The partnership is “the first and key step” towards this goal, he said.

Partners pledge “to halt and reverse forest loss and land degradation by 2030 while delivering sustainable development and promoting an inclusive rural transformation”.

Notably absent from the list are Russia, Brazil, China, the Democratic Republic of Congo and Peru. Between them, they hold nearly half the world’s forests.

Brazil will have a new president in January, who has promised to reduce deforestation to zero. The partnership is open to new members.

The only new public finance expected is for Germany to double its international aid for forests from €1 billion ($1bn) to €2bn ($2bn) by 2025.

At Cop26, twelve donor countries announced $12bn of public finance for forest protection. Nearly a quarter of this has already been spent across the developing world.

The UK government trailed $3.6bn of new private finance commitments, on top of the $7.2bn committed at Cop26.

“Ambition to protect the world’s forests has never been in short supply in forest communities and countries. What has been missing is the means to realise that ambition,” said president Mohamed Irfaan Ali of Guyana in the press release.

Member countries will each lead or support on at least one action area, “as the principal mechanism to scale and drive delivery”, the UK government said.

Within each action area, the partnership will support, lead, establish or showcase, as appropriate, one or more initiatives as the principal mechanism to scale and drive delivery.

Globally, people are cutting down forests for farmland, mining, lumber and to accommodate growing cities.

This article was corrected after publication to show that Australia signed up.