Sponsored content: Young people can be builders and guardians of their environment, with the right support and training 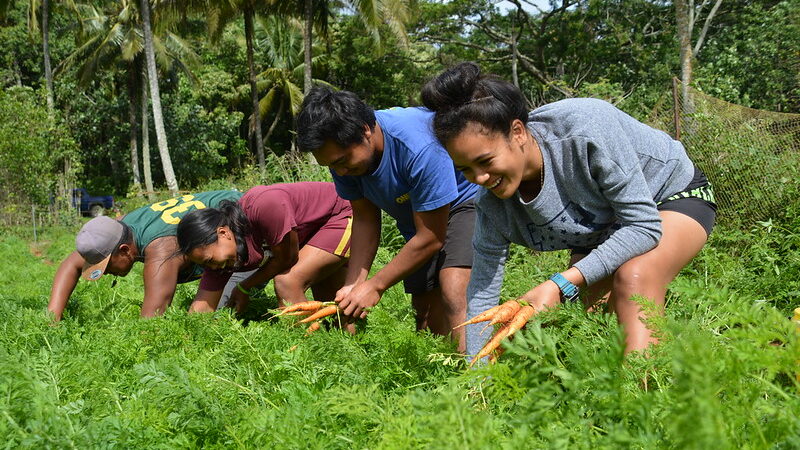 According to a recent study published by the Adaptation Fund, youth have much more to offer their communities and countries in multilevel climate action.

Specifically, youth assume several roles in adaptation projects including as builders, knowledge brokers, and community guardians and yet empowerment of young people, the report finds, still has a long way to go.

But this doesn’t stop youth from increasing engagement in adaptation efforts and the climate space more broadly.

We can look at the school climate strikes and the activism started by Greta Thunberg as an example of how important climate change matters are for young people. Adaptation has played a key role in Thunberg’s activism specifically, considering her 2019 donation to the Adaptation Fund and three other organisations of 25,000 EUR after winning the prestigious Freedom Prize.

“Where projects implement practical solutions and physical outputs youth are more likely to participate as it enhances their skills and their perception of efficacy to climate change,” says Cristina Dengel, Adaptation Fund’s knowledge management officer who led the production of the report.

“Another important driver of engagement is developing a youth engagement strategy with proper communication material that connects with youth, such as social media and online platforms and having youth-oriented project partners such as youth networks as a key institutional partner,” she adds.

The Adaptation Fund sees youth involvement in many of its projects, and has continued to expand opportunities for youth.

In the Seychelles, youth have responded as “builders” of ecosystem functionality to defend against coastal flooding through tree planting and ploughing palms, while an Armenian innovation project is seeing youth as ‘change-makers’ in their involvement in a gamified environmental education programme focused on disseminating adaptation knowledge.

More recently, the Fund’s new Innovation Facility, a venture which aims to build on the organisation’s innovative capacities, mentions youth as one of the themes it will be looking to cover and expand on. Its Adaptation Fund Climate Innovation Accelerator (AFCIA), for instance, cites youth entrepreneurs as one key group among a broader range of stakeholders it is targeting to apply for its grants.

Furthermore, the Fund’s environmental, social and gender policies, and its medium-term strategies foster engagement of youth as a vulnerable group across its projects and programmes.

“Empowerment of youth is essential in adaptation, to not only help educate and equip the next generation in addressing the urgency of climate change with increased awareness and practical tools, but also to engage youth leaders in fostering new ideas and innovative approaches for vulnerable countries and communities to adapt to climate change,” said Mr. Mikko Ollikainen, Head of the Adaptation Fund.

Even as the Adaptation Fund tries to take youth engagement even further and offer more leadership or empowerment opportunities for young people through its programmes, the study recommended ways to overcome some of the challenges in the way.

“Several barriers prevent youth from participating in adaptation interventions,” Dengel says. “Among these are some related to project needs where participation is needed frequently and during working hours which poses a problem for youth who are studying or working. Projects also tend to invest on those young professionals who already have needed hands-on technical skills which tend to be the more seasoned professionals and practitioners.”

Going forward, the report suggests, youth must be involved in multilevel adaptation by encouraging youth quotas in communities’ committees, developing youth-government partnerships, and setting up coaching programmes in leadership and project management.

“Given that youth will be exposed longer and more harshly to climate change impacts than older generations which increases their risk factors at several levels, from individual, community, local and national level, and their role as agents of change it is of utter importance that they be involved in climate action and adaptation [from early on],” argues Dengel.

Importantly, the report argues that in the path towards resilience, youth must be seen as active agents of change who, as Dengel describes, are “pretty dynamic, creative, innovative, and open-minded” – characteristics that ultimately help them to “propel societies.”