Sponsored content: Heat-tolerant seeds, crop diversification and improved irrigation are at the core of the project’s success 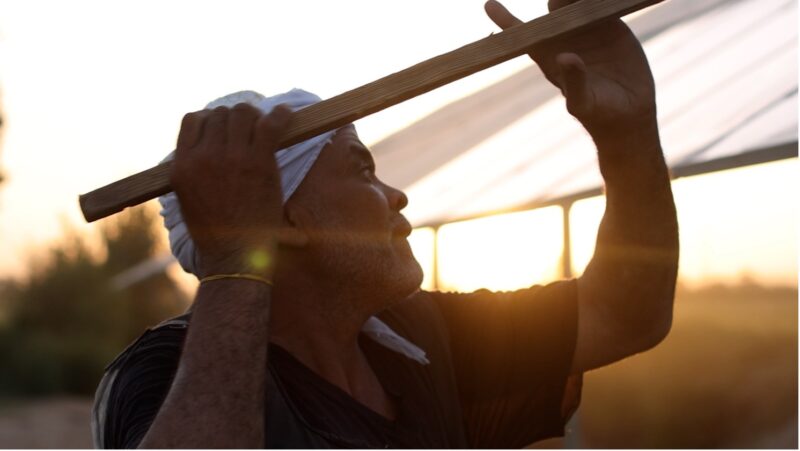 Anwar Ahmad looks over his newly adapted Luxor farm with a smile.

Having implemented several interventions to combat the impacts of climate change, his crops are now able to guarantee the 52 year old food and income stability to provide for his wife and three children.

Egypt’s already hot and dry climate makes it extremely vulnerable to projected increases in annual temperature and drought and each year brings more burden to smallholder farmers and their families.

“Sowing and harvesting dates are no longer what they used to be,” Anwar says, “optimum planting times are now difficult to decide on for the traditional crops and varieties, and for the irrigation schedule.”

An innovative climate adaptation project focussing on crop diversification, climate-resilient seeds, and early warning capacities, is helping small farms on the banks of the Nile River.

The programme, “Building Resilient Food Security Systems to Benefit the Southern Egypt Region,” is in its second iteration after building on the successful model of the 1st phase where the project capitalised on mobilising local community resources to achieve increased climate adaptation.

Financed by the Adaptation Fund and implemented by the United Nations World Food Programme (WFP), Phase 2 maintains the same participatory approach and focusses on community ownership and improved facilities to manage water for irrigation.

“This phase aims to enhance the climate adaptation model by enhancing capacity and coverage of existing early warning systems, adopting integrated approaches in delivering crops, land and energy in irrigation interventions, and introduces new innovations and technology to the smallholders of the Upper Egypt region, such as aquaculture production and intensified horticultural production,” says Amina Al Korey, head of communications at WFP Egypt.

Heat tolerant wheat, sorghum, and maize seeds have been developed by research facilities at the country’s Ministry of Agriculture and crop diversification has been promoted in the region such as long deserted native crops hibiscus, anise, and fennel; fast growing and well-adapted to the hot and dry climate Upper Egypt sees.

Traditional dirt canals are being replaced with underground lined brick and concrete pipes, speeding up irrigation from 6 hours in a 100 acre plot to just under one. These canals are also cutting seepage so water loss is minimal and can be shared among farmers using the system.

Although men in the region are considered the breadwinners of the household, owing largely to a male-dominated agricultural sector, the project is empowering women to be financially independent too, thus ensuring gender balance.

“With a cultural environment that restricts their outdoor movements, such contribution remains fairly limited to activities that they can do within the village residence such as poultry, egg or dairy production, or simple agro-processing,” says Al Korey.

“Animal loans that provide an additional source of food production and income to the household close the gap between men and women in decision making over use of food items and use of the additional income in household expenditures including food, child care and education.”

The project is planning to support 500 more rural women in micro loans in the next cropping season, a target made possible through a greater rate of implementation than in the first phase and a larger demand for climate adaptation interventions among farmers and women.

Meteorological technology has also been a focus of Phase 2, with increased access to weather-based warning systems and agricultural recommendations in place disseminated through loads speakers, bill boards, and android-based notifications.

With this, farmers growing wheat, sugarcane, maize, and sorghum, are able to plan and alter soil management practices, irrigation, and fertilisation up to five days in advance.

At the dawn of day, Anwar and his son head to their agricultural land where they have been able to increase production with the use of improved seed varieties and cultivation practices (Photo: WFP Egypt)

Perhaps the largest success the programme has seen so far is in heightened community engagement through passing on methods and approaches among farms.

“The project organises regularly farmer to farmer exchange visits to facilitate the promotion of the use of new adaptation techniques inside the same village and with neighbouring villages,” says Anwar.

This community exchange aligns with the Learning and Sharing pillar of the Adaptation Fund’s five-year Medium-Term Strategy, and with the Innovation pillar and the Action pillar builds on the UN Sustainable Development Goals to serve the Paris Climate Agreement in vulnerable countries.

Ultimately, the project is helping to build not only local but institutional capacity at regional and national levels and, through evaluating best practices and lessons, can be used as a model to scale up and replicate adaptation interventions elsewhere. But at the core, it’s bringing tangible benefits to the people of Upper Egypt.

“The different innovations the project brings from early warning systems to new heat tolerant seeds and an improvement in land and water management, helps reduce the cost of producing wheat, sugarcane and sorghum crops between 20-30%, protects crops from losses due to climate risks and increases yields by up to 40%,” Anwar says.

“Beneficiary smallholder farmers like myself are able to guarantee food and income from our small piece of farmland for our families at the end of each season, and with an increase in income that comes with adopting the full package of interventions, we are able to maintain resilient livelihoods against these climate shocks.”