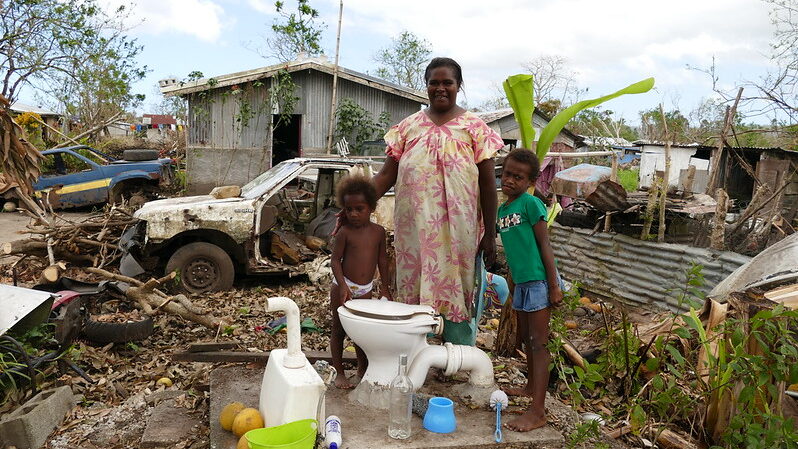 “Don’t fail us.” That was the message on some of the placards brandished by campaigners at Cop27 demanding rich countries pay into a loss and damage fund.

The climate summit in Sharm el-Sheikh delivered what vulnerable countries had asked for: a decision to establish a bespoke fund to help climate victims recover from disasters.

But as Mohamed Adow, a long-time campaigner in the UN climate process and director of Power Shift Africa, put it: the fund is currently an empty vessel.

“The next task is to get money flowing through it to the frontline communities that need it.” And on that, the message from the climate frontlines stands: “Don’t fail us.”

Who pays into the fund has become the next explosive question to be resolved between now and Cop28 in the UAE.

It’s about attributing blame for the cumulative impact of coal, oil and gas burnt since the industrial revolution and working out who is in a position to pay.

Rich countries want to spread the burden beyond countries classed as “developing” under the UN climate convention in 1992.

To find out who should be on the hook, Joe Lo crunched the numbers. Spoiler, China doesn’t make the list. And rich countries, notably the US, which are still not putting enough climate cash on the table could make the biggest difference.

China overtook the US as the world’s largest emitter around 16 years ago. But cumulative per capita emissions since 1990 show China is nowhere near as polluting as the US, Germany or the UK – early fossil fuel adopters. In the world’s second largest economy, the average Chinese person still earns just a third the income of the average European.

By these metrics, South Korea, Singapore and Israel, and rich oil and gas producers like Qatar, Kuwait and the UAE are prime candidates to chip in.

A broader debate on expanding the donor base for climate finance is coming down the track. This is arguably a more forward looking issue than climate damages caused by past emissions. Don’t expect people to stop asking: “What about China?”

The Pacific island of Vanuatu has little faith that countries will deliver what is needed to prevent and recover from life-threatening climate impacts. In a draft UN resolution published this week, it is urging countries to give the  International Court of Justice a mandate to clarify what states’ climate obligations are and the consequences for those causing climate harm.

The island, whose future hinges on the world meeting its climate goals, says more than a 100 countries have expressed support for the initiative to establish clear legal avenues for climate justice. The warning stands: “Don’t fail us… or we will see you in court.”