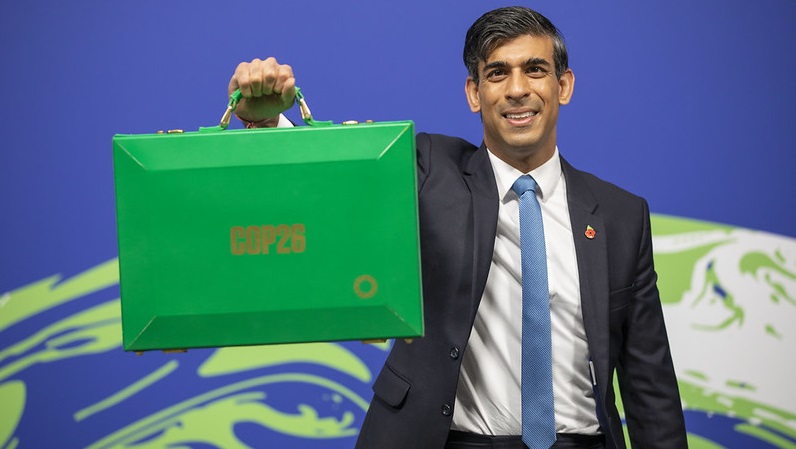 The UK government’s approval of its first new coal mine in 30 years has sparked international outrage.

After more than three years of debate, communities minister Michael Gove approved the Whitehaven coal mine on Wednesday, based on the top planning official’s recommendation.

Climate watchers from around the world accused the UK of hypocrisy. As host of last year’s Cop26 climate talks in Glasgow, the UK successfully pushed other countries to agree to phase down coal power.

Coal from the planned mine is destined for export to steel works, not power plants. The UK has slashed its use of of coal for electricity by 95% in the last ten years, by lowering demand and scaling up renewable generation.

That distinction was no excuse to the government’s official climate advisory body, which unequivocally condemned the move. “This decision grows global emissions and undermines UK efforts to achieve net zero,” said Lord Deben, chair of the Climate Change Committee. “It runs counter to the UK’s stated aims as Cop26 president and sends entirely the wrong signal to other countries about the UK’s climate priorities.”

The prime minister of Fiji, Frank Bainimarama, tweeted: “Is this the future we fought for under the Glasgow Pact? Fossil fuels should be phased OUT – not up.”

Is this the future we fought for under the Glasgow Pact?

Fossil fuels should be phased OUT – not up. https://t.co/2BkBLxN6sV

Angelique Pouponneau, an adviser to small islands at climate talks from the Seychelles, tweeted: “Huh? Confused – just a few weeks ago we heard 1.5 was on life support…”

That was a reference to UK’s Cop26 president Alok Sharma bemoaning weak language on fossil fuels from the latest UN climate summit in Sharm el-Sheikh, Egypt. Sharma publicly opposed the coal mine and was demoted by Rishi Sunak when the latter took over as prime minister in October.

The coal mine approval came in tandem with the UK government pledging to ease planning restrictions on building onshore windfarms, prompting speculation it was motivated by party politics.

The ruling Conservative Party is split on the issue of climate change. Dozens of Conservative lawmakers pushed to make it easier to install wind turbines while others affiliated to Net Zero Watch have campaigned against environmental measures.

Several climate experts testified during the planning process. They cited the International Energy Agency’s roadmap to global net zero emissions, under which global demand for coking coal falls 88% by 2050.

Arcelor Mittal’s use of hydrogen to decarbonise steel production in Europe was given as a case study for the transition.

Normington was unconvinced, arguing that the small print showed Arcelor Mittal’s technical advances were modest and did not justify the hype.

“The UK cannot go out on a speculative limb that hydrogen will perhaps offer a solution in the next 20 years. If we were to stop making steel we would be one of the few major economies without steelmaking and would just move the issues elsewhere”, Normington said.

The EU classifies coking coal as a critical mineral, Normington noted, citing a 2020 statement from the European Commission’s that: “There is no other satisfactory material available which can replace completely metallurgical coal in the blast furnace charge.”

Gove concluded “the longer term demand for coking coal cannot be predicted with any degree of certainty”.

The planning inspector also dismissed concerns about the international impact of approving the mine. He wrote: “Despite the so-called expert evidence, no evidence has been called to show how mere signalling has in fact influenced countries such as the China or the USA.”

“While possible technological solutions exist, the steel industry has no clear route to decarbonising primary steel production at sufficient scale and in the necessary timeframe,” she said. “Action is needed to develop a robust framework to push the global steel industry to decarbonise, facilitating all possible options to reach net zero in the steel industry including through the use of low-carbon hydrogen and carbon capture and storage.”

The company developing the mine has said it plans to offset the emissions it produces from extracting the coal – but not the emissions from burning it in steel furnaces. The offsets will be bought from an organisation like Gold Standard “or equivalent”. The company and Normington claim this will make the project a “net zero mine”.

Gove said that the coal would replace fuel from other mines which are not “net zero compliant” and so benefit the environment. He said the use of offsets was “neither unusual nor inappropriate”.

This clashes with the findings of a recent UN taskforce, endorsed by the UK and all countries at Cop27, which recommended using offsets only as a last resort. “You cannot be a net zero leader while continuing to build or invest in fossil fuel supply,” said the report’s author, former Canadian environment minister Catherine McKenna.

The coal mine’s use of offsets was also challenged by their favoured offset seller Gold Standard.

The company said it couldn’t stop the mine buying its offsets. But its CEO Margaret Kim told Climate Home: “Justifying the development of a new coal mine with our carbon credits and using them to claim ‘carbon neutrality’ for the project is nonsense. We are in a climate emergency and new extraction of fossil fuels is unjustifiable. Or claims guidelines make it clear that to make an offset claim organisations should prioritise the avoidance and reduction of emissions – something that is clearly impossible for a coal mine.”

Think-tank Ember further argued the environmental impact assessment for the mine underestimated the amount of methane, a potent greenhouse gas, it would release from its operations. Similar mines elsewhere in the world typically leak four times as much, according to its analysis.

“Coal mine methane is a huge risk to climate. We don’t have time to waste on it being underestimated and under-addressed yet again,” said Ember senior analyst Anatoli Launay-Smirnov.

Green groups are expected to challenge the decision in the courts.