German support for any of the projects would breach a pledge made last year to stop funding coal, oil and gas projects overseas from 1 January 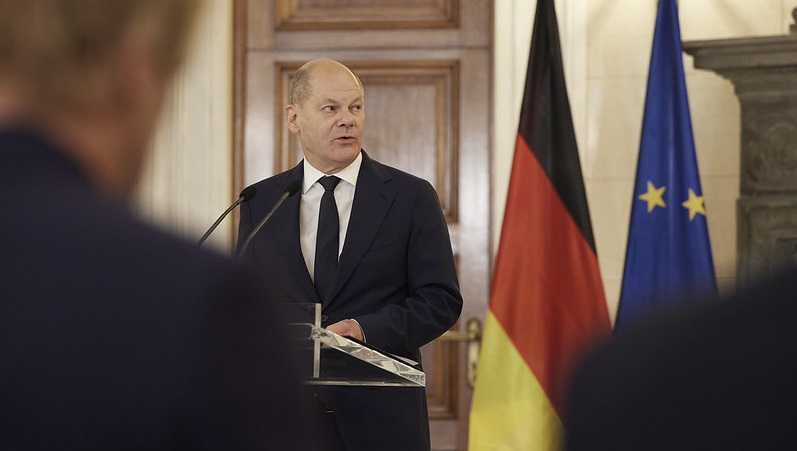 Germany is considering support for at least 10 foreign fossil fuel projects worth over €1 billion ($1bn), despite its pledge to end international funding for coal, oil and gas.

In response to a parliamentary question from a left-wing German lawmaker, the state secretary at the ministry of economic affairs and climate action Udo Philipp said the government is considering 10 applications for export credit guarantees for fossil energy projects in Brazil, Iraq, Uzbekistan, the Dominican Republic and Cuba.

A breakdown of the projects accompanying the response shows that €419 million ($442m) or around 40% of the funding, could go to a single project in Brazil. Three of the projects totalling €340m ($359m) are located in Iraq and four are in Cuba.

Other fossil fuel projects could be under consideration by the German state-owned investment and development bank KfW. The bank does not disclose projects it hasn’t decided to support.

Germany was among 16 countries to sign a pledge at Cop26 in Glasgow last year to end international funding for fossil fuel projects by the end of 2022.

Ten have published policies showing how they will restrict funding to coal, oil and gas. But Germany has not adopted a policy because of internal divisions over exemptions for gas.

Victor Perli is the German lawmaker of the leftist Die Linke party who asked the parliamentary question. He accused the federal government of “breaking promises to end funding for fossil fuel projects” and called for checks to be made on each of the 10 projects.

The government stopped short of providing details about each of the projects. But some information is already in the public domain.

In October, the German government said it was considering supporting the construction of a 1.6 GW gas power plant near the city of Termez in Uzbekistan. The Asian Infrastructure Investment Bank (AIIB) is also considering support.

The government said it was considering an application for €192m ($203m) in support for a project in Uzbekistan.

Germany’s existing export credit policy bans support for the construction of new coal-fired power plants and the expansion of existing ones. The only other restrictions are to do with gas flaring in oil production.

The pledge to end international finance for fossil fuel allows exceptions in “limited and clearly defined circumstances that are consistent with a 1.5C warming limit”. The International Energy Agency warned last year that investment in new coal, oil and gas production was incompatible with limiting global warming to 1.5C.

But at the G7 summit this year, Germany pushed so that exceptions would include temporary gas investments to address the energy crisis.

“[Chancellor Olaf] Scholz has an opportunity to shift billions away from fossil fuels into clean energy,” Adam McGibbon, public finance strategist at Oil Change International, told Climate Home News. “He should take this opportunity and not perpetuate a dirty, polluting, insecure fossil fuel energy system. It’s hard to see how Scholz can claim to be a climate chancellor if he fails this very minor test,” said McGibbon.

The pipeline of fossil fuel projects is awkward for the German government.

At Cop27 last month, foreign minister Annalena Baerbock was among those accusing oil producers of “stonewalling” a push by an alliance of 80 countries to expand a call to phase down coal to all fossil fuels. But at home, Germany took a different stance.

Since Cop27 ended, Germany signed a 15-year deal to buy two million tonnes of liquefied gas from Qatar starting in 2026.

Last week, the Spiegel newspaper reported that a delegation of companies involved in gas production in Senegal attended a two-day event in Berlin. Chancellor Scholz previously said he intended to “intensively pursue” plans to help Senegal export its gas.

Neither the foreign ministry nor the ministry of economic affairs and climate action knew about the meeting, according to the report. Both these ministries are led by the Green Party.

Support for the Senegal’s gas export could come from KfW’s subsidiary Ipex Bank, which focuses on export financing.

The KfW board is meeting next week, when it will discuss a proposal to allow Germany to support oil and gas projects in countries with existing infrastructure for export to Europe to help supply Berlin with alternatives to Russian energy.

Regine Richter, energy and finance campaigner at Urgewald, said: “The German government needs to understand that you can’t say you favour climate protection and at the same time support massive fossil fuel projects. This must end if we are to stand a chance to stay within the 1.5C temperature limit.”

A spokeswoman for the economic affairs and climate action ministry told Climate Home the pledge made in Glasgow and reaffirmed at the G7 allows for exceptions “in particular for gas as a transition technology”. “The German government stands by this commitment and will implement the pledge from January 2023,” she said.