Vulnerable communities must call the shots on loss and damage fund

Poor and marginalised groups should be represented on the fund’s board, managing budgets and making decisions about their own lives 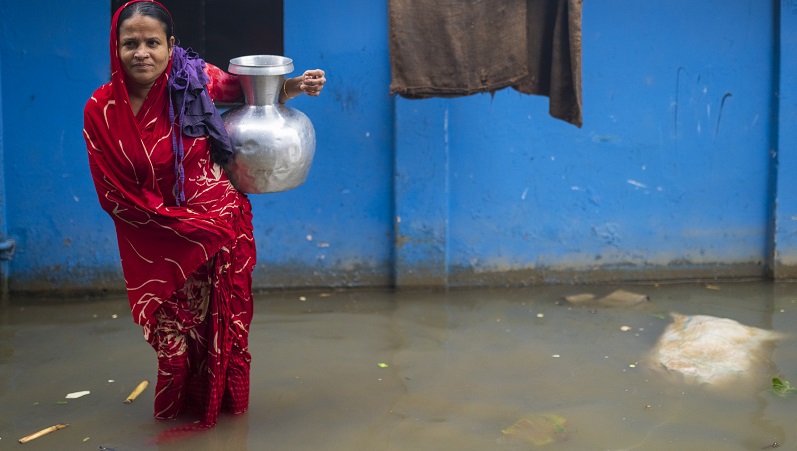 With the decision to create a loss and damage fund at Cop27, three decades of campaigning from small island states and other developing countries finally paid off.

It was the first time developed countries recognised the fundamental injustice of climate change: The poorest and most vulnerable people in the world, who’ve barely contributed to global emissions, are the ones disproportionately losing their homes, livelihoods, and entire ways of living to climate shocks.

But now comes a crucial test. Countries only agreed at Cop27 to establish the fund and create a “transitional committee” to decide how it will be operationalised.

They did not say where the money should come from, who should have access and under what conditions, and how the fund should be governed. It will be up to the transitional committee to ponder these questions and make recommendations for Cop28 next year.

We believe the key to a successful loss and damage fund is to build it around the needs and priorities of the world’s most climate-vulnerable people. Strong evidence shows that existing climate finance is not only insufficient, but also fails to reach the poorest and most marginalized groups.

In a detailed analysis we prepared for Cop27, we showed that existing funds like the Green Climate Fund and Adaptation Fund exclude those who are in greatest need because of their governance and their delivery mechanisms.

Based on our analysis, we identified guiding principles for loss and damage finance that delivers for climate justice:

Listen to affected communities and let them decide

Too often, climate investments are disconnected from the realities of vulnerable communities. The results are then at best ineffective, at worst harmful.

The new fund should enable the people most affected by loss and damage to decide how finance is used. This means including civil society – in particular, people from vulnerable communities – on the fund’s board.

At the same time, within countries, devolved decision-making structures can be used to enable local communities to manage project budgets and determine how best to spend the funds they receive.

The transitional committee can start putting the new fund on the right track by organising consultations with local governments, local funders, and representatives of grassroots groups, to ensure their insights are reflected in the design of the fund. Ideally, these actors would be members of the committee itself, but the text of the Cop27 decision implies that it will be solely national governments.

Most climate finance flows through competitive processes. These can be very cumbersome for recipients and take years to complete. The loss and damage fund must do better. When a disaster hits, it is irrelevant and unfair to ask the victims to prove their worth. It’s even worse to make them compete with one another.

The new fund should avoid difficult requirements for accessing funds that delay the delivery of finance and exclude those without lots of money and know-how. Instead, the fund should prioritise quick and efficient access. The transitional committee can look for examples in humanitarian aid as well as in the Green Climate Fund and Adaptation Fund’s enhanced direct access pilot programmes.

Provide grants, not loans, and take a long view

Most climate finance today is delivered as loans, not grants. This exacerbates recipient countries’ debt burden and limits their ability to develop. Loss and damage finance should be grant-based.

Moreover, instead of supporting one-off projects, the fund should seek to provide sustained support, recognising that rebuilding after a disaster takes time, and often communities experience additional shocks during their recovery.

The fund should also support small grants and unconditional cash transfers, which are delivered quickly to affected people. The transitional committee should start by looking at existing examples, such as the GEF/UNDP small grants programme.

The Cop27 decision has the potential to prove historic and transformative – but only if countries follow through both with real money, and with a fund design that puts vulnerable people front and centre. We look forward to lively and productive discussions to inform action at Cop28 in Dubai.

Zoha Shawoo is a researcher at the Stockholm Environment Institute, working on climate inequality, sustainable development & loss and damage.