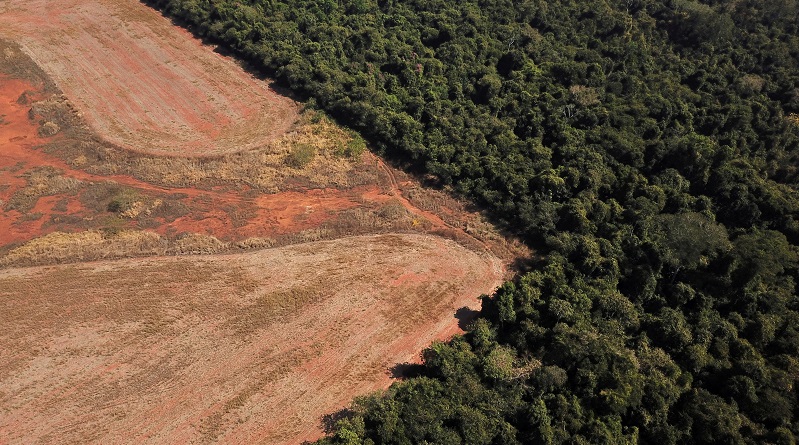 An aerial view shows deforestation near a forest on the border between Amazonia and Cerrado in Nova Xavantina, Mato Grosso state, Brazil in 2021 (REUTERS/Amanda Perobelli)

Deforestation in Brazil’s Cerrado savanna rose for the third year in a row, government data showed on Wednesday, destroying a vital habitat for threatened species and releasing huge amounts of greenhouse gases that drive climate change.

Destruction of native vegetation rose by a quarter to 10,689 square kilometers (4,127 square miles) – an area larger than Lebanon. The data from space research agency Inpe is for the 12 months through to July 2022, compared with the same period the previous year.

The Cerrado, the world’s most species-rich savanna, has given way to Brazil’s expanding agricultural frontier for decades. Roughly half of the savanna’s vegetation has already been destroyed, with much of it converted to farms and ranches.

Deforestation in the Cerrado has risen in Bolsonaro’s time in power, although it remains lower than previous decades. (Photo: INPE)

Bolsonaro will be replaced by left-winger Lula Ignacio da Silva in January, who has promised to combat deforestation and reduce it to zero in the Amazon rainforest.

The European Union recently agreed on a law to prohibit companies from selling agricultural products linked to deforestation, which would apply to the Amazon rainforest but excluded much of the Cerrado.

“We have a review clause in just one year, we will have a look at it,” he said in an interview at the UN’s Cop15 nature summit in Montreal. “If we see patterns shifting to other ecosystems, we will be able to react relatively quickly.”

Countries at Cop15 aim to strike a deal to protect areas rich in biodiversity like the Cerrado. But with the summit set to end on 19 December, negotiators still disagree on some 200 points, according to conference documents.

“What we eat and how we produce our food are the main drivers of this large-scale obliteration,” said Jean-Francois Timmers, a policy expert for environmental advocates WWF.

“We need Cop15 negotiators to prioritise ending deforestation and conversion in areas where the yearly rate of ecosystem losses prove alarming, like the Cerrado.”