The Chinese presidency gavelled through a biodiversity pact in Montreal, overriding the funding concerns of some African delegates 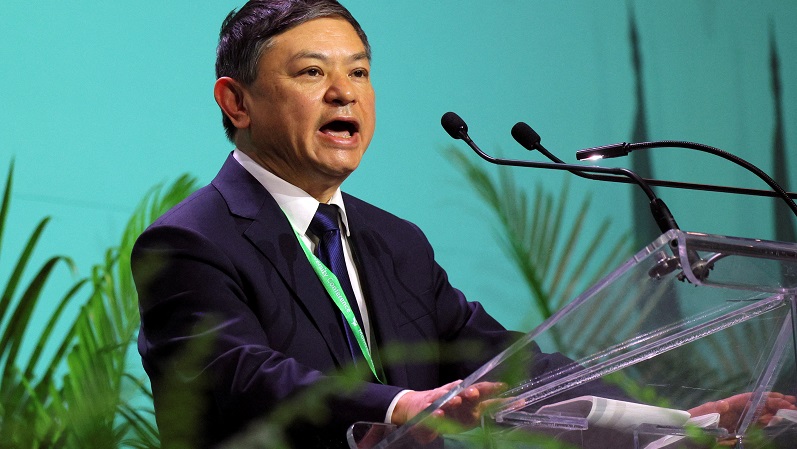 A United Nations summit to strike a deal to protect nature was abruptly adjourned on Monday after the Chinese presidency of the meeting appeared to overrule an objection from the Democratic Republic of Congo.

Chinese minister of ecology and environment Huang Runqiu, who is leading the meeting of the UN-backed Cop15 biodiversity conference, brought down the official gavel and declared a proposed deal passed, minutes after the Congolese representative expressed their objection.

The Kunming-Montreal Global Biodiversity Framework, reflecting the joint leadership of China and Canada, is the culmination of four years of work toward creating an agreement to guide global conservation efforts through 2030.

The countries attending the conference had been privately negotiating a text proposed on Sunday and talks addressing the finer points of the deal dragged on until Monday morning.

As the members returned to the public hall, Huang began presenting the outcome of the meeting. Then, a representative of the delegation from Congo objected to the text, raising concerns about developed nations’ responsibility to fund conservation in developing countries.

However, the Mexican delegation said they supported the presidency and the prepared text.

Huang acknowledged the Mexican remarks and then brought down the gavel declaring the deal adopted, drawing outraged comments from other African delegations.

A representative from Cameroon said via translator: “What we saw was a force of hand.”

The representative from Uganda declared that they did not accept the spirit and the manner at which the gavel fell and requested to put on record it did not support the procedure, invoking fraud.

The agreement, based on the last two weeks of talks, sets a crucial financial target of $200 billion per year for conservation initiatives, though it demands less from wealthy countries than some developing states had wanted.

It recommends allocating $200 billion per year from all sources, including the public and private sectors, for conservation initiatives – a target seen as critical for the successful implementation of any deal.

The draft also notes that the money could come voluntarily from any country – a nod to developed nations’ desire that large economies such as China also contribute funds.

Asked whether China should be considered a developing country, as still defined by the World Bank, he said: “I think we should not stick to 1992 descriptions but see the reality on the ground, and it’s very different from 1992.”

One of the greatest points of contention among delegates has been whether a new fund should be established for that money, improving on an existing structure. On Wednesday morning, developing country negotiators walked out of a financing meeting in protest. The draft deal does not mention setting up a separate facility.

It lays out support for protecting 30% of land and waters by 2030, a landmark goal informally known as 30-by-30, and suggests restoring 30% of degraded lands.

“We were surprised that (the text) is actually capturing most of the things we want to go for,” a delegate from a European country said. On restoration, he noted the text went with a more ambitious target of 30%, instead of 20%, which “is really good and ambitious and necessary”.

Businesses should also be asked to assess and disclose how they affect and are affected by nature loss, but the agreement does not make such reporting mandatory.

The text suggests harmful subsidies should be reduced by at least $500 billion per year by the end of the decade.