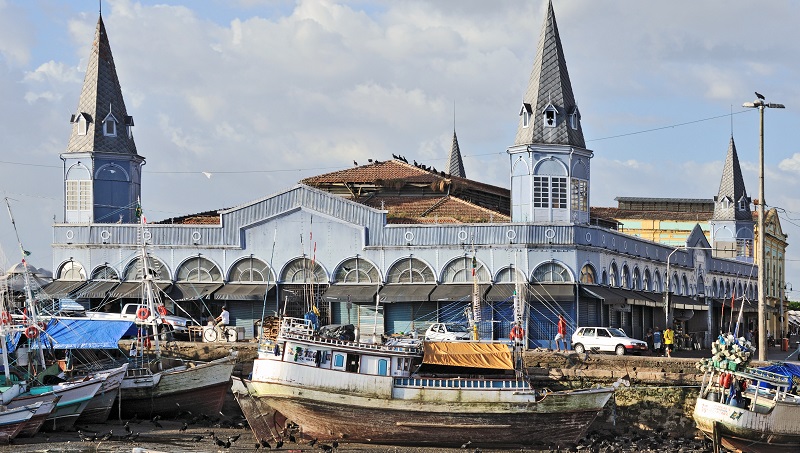 Our Lady of Grace cathedral in Belem (Photo: Cayambe/Wikicommons)

By Joe Lo and Reuters

Brazil has officially launched a bid for the north-eastern city of Belem to host the Cop30 international climate summit in 2025.

The country’s new president Lula da Silva said in a video on Twitter that Brazil’s foreign relations ministry had formalised Belem, located in the state of Pará, as a candidate to host Cop30.

“In Egypt I made the pledge that Brazil could host Cop30, and I am happy to know that our [foreign] minister Mauro Vieira has formalized Belem’s bid,” Lula said in the video alongside Pará Governor Helder Barbalho.

“I hope we are going to make a beautiful Cop,” he said, shaking the hand of a smiling Barbalho.

Barbalho said that Cop was “the biggest climate event on the planet” and that Cop30 would discuss the Amazon and the global climate and find solutions.

Former Brazilian environment minister Izabella Teixera told Climate Home that having a Cop in the Amazon would be “amazing”.

But, she added, “I’m concerned because of infrastructure, costs, digital infrastructure, hotels – everything that you need when you have a Cop with 30,000 people”. She said flying to the Amazon region was particularly expensive.

Brazilian climate campaigner Cintya Feitosa told Climate Home that having the talks in the Amazon region “can send a signal to the global community of the relevance of the Amazon to the climate negotiations and include its population in the main rooms”.

While the bid is an important symbolic gesture, “the environment does not live only on nice gestures”, said Marcio Astrini, executive secretary of the Climate Observatory, a Brazilian NGO.

Belem is the capital of the Amazonian state of Pará and is the second most populous city (1.5 million people) in the Amazon region after Manaus (2.2 million).

Teixera said that Belem was chosen over Manaus because its state governor Helder Barbalho is the “the essential political player in Amazon”.

While Belem is at the mouth of the Amazon river near the Atlantic coast, Manaus is deep in Brazil’s interior. Lonely Planet calls Belem the Eastern gateway to the Amazon region.

Every October, the city hosts more than one million pilgrims  who participate in a procession of the image of the Virgin of Nazaré.

Lula has been promising to tackle deforestation in the Amazon rainforest, which hit a 15-year-high under former President Jair Bolsonaro.

He recently named Marina Silva, who oversaw a significant drop in deforestation during his first stint as president in the 2000s, as his environment minister.

The host of UN climate talks rotates each year among the UN’s regional groupings.

In 2021, Cop26 was in the British city of Glasgow. The UK is part of the Western Europe and others group which includes Canada, Australia and New Zealand with the USA as an observer.

Last year’s climate talks were in the beach resort of Sharm el-Sheikh in Egypt, which is in the African group.

This year’s will be in the United Arab Emirates, which is in the Asia-Pacific. South Korea had indicated an interest but backed down.

Next year’s will be in Eastern Europe and the president of Bulgaria has said his country wants to host it.

Before this announcement, the new Australian government had said they wanted to co-host it with a Pacific nation but that would mean persuading the Eastern Europe group to let them swap turns.

Then it is the turn of Latin America and the Caribbean . So far, no country other than Brazil has said they want to host the talks.