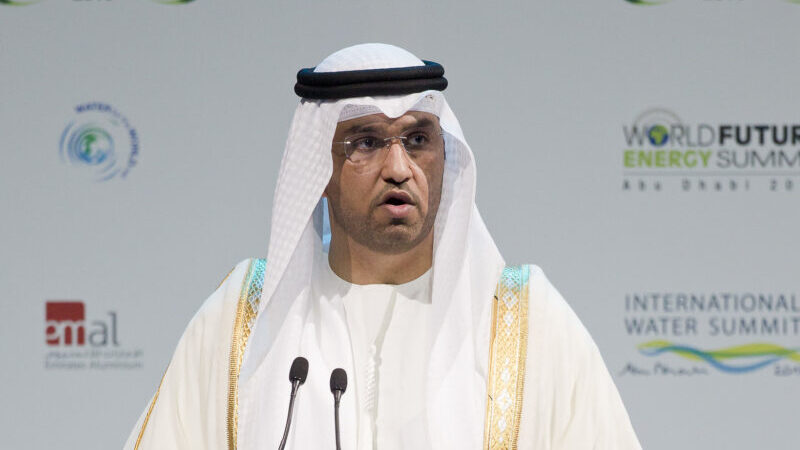 The United Arab Emirates (UAE) government has appointed Sultan Al-Jaber to be the president of the Cop28 climate talks in November.

He has been a key figure in national climate and energy policy for over a decade. While Al Jaber has promoted renewable energy, in November 2021 he called for increased global investment in oil and gas.

“The oil and gas industry will have to invest over $600bn every year until 2030 just to keep up with the expected demand,” he told an Abu Dhabi oil conference.

“Renewable energy is the fastest growing segment of the energy mix but oil and gas is still the biggest and will be for decades to come. The future is clean but it is not here yet. We must make progress with pragmatism,” he said.

Analysis: UAE plans to have it both ways as Cop28 climate summit host

The International Energy Agency (IEA) said in 2021 that, if the world is to limit global warming to 1.5C then there should be no investment in new fossil fuels. They calculated that the supply of oil should drop by three-quarters between 2020 and 2050.

In October 2022, the IEA projected that even under existing policies, global fossil fuel demand would peak and decline steadily from the mid‐2020s.

Reaction to Al Jaber’s appointment was mixed. The head of the Climate Action Network campaign group, Tasneem Essop, said it was a conflict of interest to lead climate talks at the same time as heading an oil company.

She said: “If he does not step down as CEO, it will be tantamount to a full scale capture of the UN climate talks by a petrostate national oil company and its associated fossil fuel lobbyists. Cop26 in Glasgow had 500 fossil fuel lobbyists in attendance, the Cop [27] in Egypt saw a 25% increase in their presence, Cop28 now seems to be open season for vested interests who will no doubt use the climate talks to continue to undermine any progress on climate action. As civil society we demand that Al Jaber does the right thing and either stand aside or step down.”

The last hours of Cop27 were marked by fierce debate, in closed meetings, on whether governments should agree to “phase out fossil fuels”. Oil and gas producing states like Saudi Arabia opposed this language, but the argument is not going away.

Yvo De Boer, who led the UN’s climate body between 2006 and 2010, said that Al Jaber had been “instrumental” in bringing the International Renewable Energy Agency to the UAE and adopting “a sound green growth strategy” with renewable investments domestically and abroad.

“This equips him with the understanding, experience and responsibility to make Cop28 ambitious, innovative and future focussed,” De Boer said.

In 2010, the US ambassador to UAE Richard Olson described him as part of the “progressive group” on climate in the UAE government.

Al Jaber will be the 23rd man to lead the Cop climate talks. Five women have had the presidency role.

After two tenures as the Special Envoy for Climate Change, HE Dr. Sultan Al Jaber will serve as the COP28 President-Designate.

Two women have been appointed to supporting roles. Razan Al Mubarak, one of the UAE’s leading nature conservationists, has been made “high level champion” and tasked with increasing the climate ambition of businesses and non-state actors.