Why universities, not consultants, should benefit from climate funds

Comment: Millions set aside to help developing countries cope with the onset of extreme weather are being poorly used, argues veteran Bangladeshi scientist 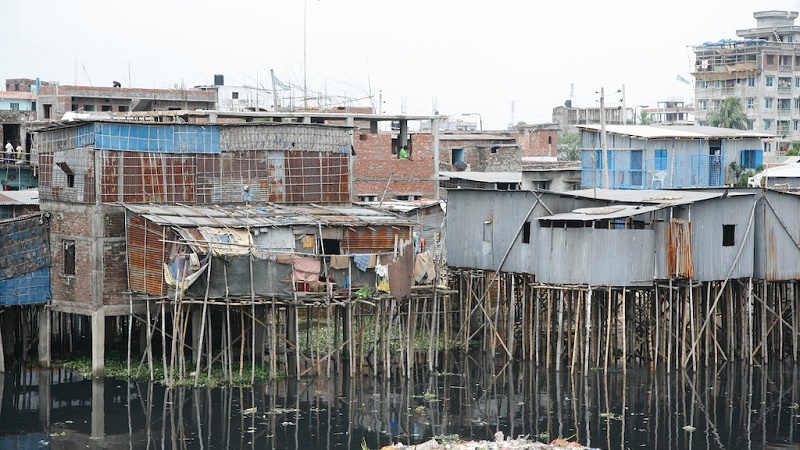 By Saleemul Huq in Bonn

A quiet revolution is underway on Dhaka’s humid and dusty streets.

As one of the world’s most climate vulnerable cities, Bangladesh’s capital is frequently hit by flooding, storms and heatwaves.

It is forcing city officials to come up with rapid and novel solutions to protect millions of citizens from the worst nature can throw at them.

But if the political will is there, the capacity to cope with the challenge they face is often lacking. By this I mean knowledge, technology and – yes – money.

And if the rich nations or will not cannot rapidly slow emissions of greenhouse gases, they can help to build the capacity to cope in regions likely to be most affected by imapacts.

The topic of Capacity Building to tackle climate change is a one of the minor perennial parallel negotiating tracks under the United Nations Framework on Climate Change (UNFCCC).

It is a motherhood-and-apple-pie issue that no one disagrees with and industrialised countries like the US, Australia and EU-28 send their most junior negotiators to attend.

However, in Paris this topic for once became a negotiating issue between the Global North and South. The issue was what role the UN should play, beyond simply talking about the need for it?

Developed countries already fund climate change capacity building programmes, mostly through their respective development funding agencies, and most said they are happy to continue to do so without any “interference” from the UN.

Developing countries , on the other hand wanted the UN to play a more proactive role in “coordinating” (and perhaps even “oversight” of) the different climate change capacity building programmes and projects.

The result of these (for once quite heated) negotiations was Article 11 of the Paris Agreement on Capacity Building which agreed that the UNFCCC would set up a new “Paris Committee on Capacity Building”  which would have a coordinating (and perhaps also oversight) role for all the disparate and largely unconnected capacity building initiatives already underway.

But what will this mean in practice? That’s the subject of further discussions under the Paris Agreement going forward, starting with the fortnight of talks in Bonn that started on Monday.

First let me start by evaluating some past experience.

There has already been several hundred million US Dollars “invested” in climate change capacity building programmes and projects by many of the developed countries over the last decade.

A typical climate change capacity building project or programme funded by a developed country has been executed as follows:

The developed country allocated funds for a climate change capacity building programme or project in certain countries (which it chooses itself) for certain topics such as preparing an INDC or National Adaptation Plan.

They then allocate this fund to their respective Official Development Assistance agency (USAID in USA, DFID in UK, GIZ in Germany, SIDA in Sweden).

In almost all the cases the funds are double counted for meeting both the country’s ODA as well as climate change funding obligations.

These agencies in turn, sometimes through bidding – sometimes not, allocate the funds to a consultancy company in their own country.

These mostly private, profit-making consultancies in turn then send an “expert” to the designated developing country chosen (usually quite arbitrarily) to have their capacity built.

The typical activity for these consultants are to visit the designated developing country for a few days and perhaps hold a one or two day workshop on the topic for some local stakeholders.

A few such visits (and a “report”) allow the capacity building objective to be considered to have been “delivered” and the consultants get paid.

Thus most of the money that has been spent (I won’t say “invested”) has gone to private companies in the developed country that allocated the money and if any capacity has been built it has been of those “consultants”.

If anything it has transferred money from the public sector to the private sector within the developed country itself (with very little having gone to the intended developing country).

As far as I am concerned there is really only one indicator by which value for money for “climate change capacity building” can be judged.

That’s what capacity building “Systems” have been left behind in each targeted developing country to enable the country to continue to build capacity over time and indeed over generations.

This is if one sees the money being spent as an “investment” and not just as an “expenditure”.

Tackling climate change is not a one off issue and all counties will have to build long-term, sustained capacity-building systems at national levels to carry out these functions for decades and indeed generations to come.

Every country in the world, even the very poorest, will have a number of universities that teach subjects like environmental sciences or geography that can be “capacitated” to also teach climate change issues like mitigation and adaptation.

Universities are some of the most sustainable institutions in the world, some of them being well over a thousand years old and have outlasted empires over time.

Hence investing in universities to set up and sustain “capacity building systems” would seem to be a no-brainer option for any “capacity-building” project or programme under Article 11 of the Paris Agreement.

One programme at my institute recently started a Master’s degree in Climate Change and Development in Bangladesh.

We have already held 15 short courses for professionals from least developed countries (LDCs) and now count 500 Alumni in over fifty countries: mostly in Asia and Africa.

This is just one example. But it’s time we highlighted the discrepancy between investing in developing countries and simply spending money on consultants.

Investing in universities the world over could be a useful place to start.