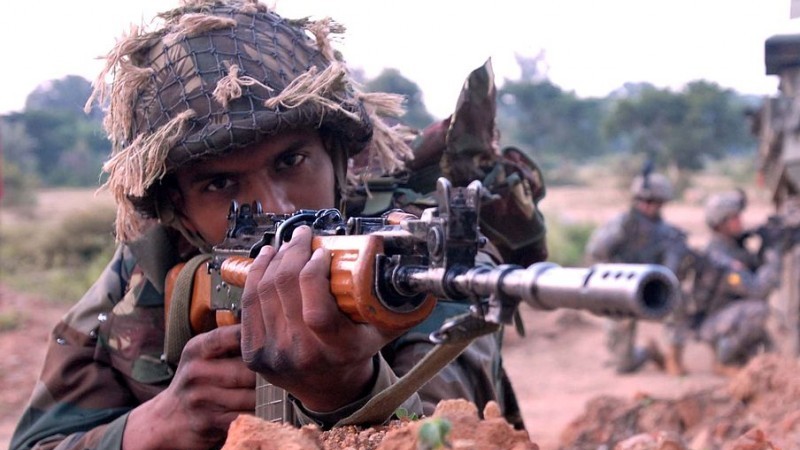 South Asia, which accounts for 4% of the world’s land area and 1.7 billion people making up 20% of the global population, is one of the most environmentally-challenged areas on Earth.

It is also one of the most politically unstable parts of the world, with regional rivalries – particularly between India and Pakistan – threatening to lead to military conflict.

A report written by three senior retired military figures – from India, Pakistan and Bangladesh – warns that unless there is more regional co-operation to tackle the impacts of climate change, conflict could break out, leading to suffering for tens of millions of people.

April temperatures in many areas of India were up to 5°C above the long-term average, the report notes. As a result, hundreds of people have died, and more than 300 million are enduring a serious drought.

“These conditions can contribute to militancy, terrorism and organised crime, aggravating existing conflicts and giving rise to new ones”.

The report – published by the Global Military Advisory Council on Climate Change – lists a number of ways in which changes in climate are affecting security in South Asia.

Sharing the region’s water resources is a key part of maintaining peace and stability, say the report’s authors. Pakistan has changed from being a water-affluent country to a water-stressed one over the last decade, while the water table in many areas of India has dropped dramatically.

India and Pakistan have reached some compromises on sharing water resources but much information on river flows and water usage is still treated as security-sensitive.

The study says it’s important that activities on the Tibetan Plateau – governed by China, and a vital water source for millions of people in the region – are included in agreements.

“Climate change does not have any boundaries,” the report says. “Most countries in South Asia are highly vulnerable to the impacts of climate change, thus making it a common challenge.”

The authors point out that Bangladesh shares the waters of 57 rivers with its neighbours, The country is likely to be seriously affected by sea level rise in the years ahead, and its food production will be severely reduced.

All this will create tension and mass movements of people, and the military throughout the region should develop effective long-term climate change adaptation strategies and be prepared to play a greater role in humanitarian relief efforts.

The report urges the military in India and Pakistan to demilitarise the glaciers in the Himalayas. Every year, both countries spend millions of dollars maintaining military installations and troops in the mountains – activities that are leading to ecological degradation.

It calls for more regionally-based research and data gathering on climate change, and the setting-up of a regional advisory council to analyse security threats related to climate change.

“While South Asia has a long history of regional instability, the challenge of addressing climate change actually represents an opportunity to catalyse long-term peace in the region through continuous dialogue and co-operation,” says retired Major General Muniruzzaman, from Bangladesh.

The report’s other author, retired Lieutenant General Tariq Waseem Ghazi, from Pakistan, says South Asia is an example of a region where climate impacts are already affecting security.

He says: “If addressed jointly across borders, we can increase stability and save lives − for example, by co-ordinating in response to natural disasters and water shortages. This report is about militaries co-operating for peace.”