Sponsored content: An essential conversation is missing around sustainable biofuels as part of the decarbonisation solution 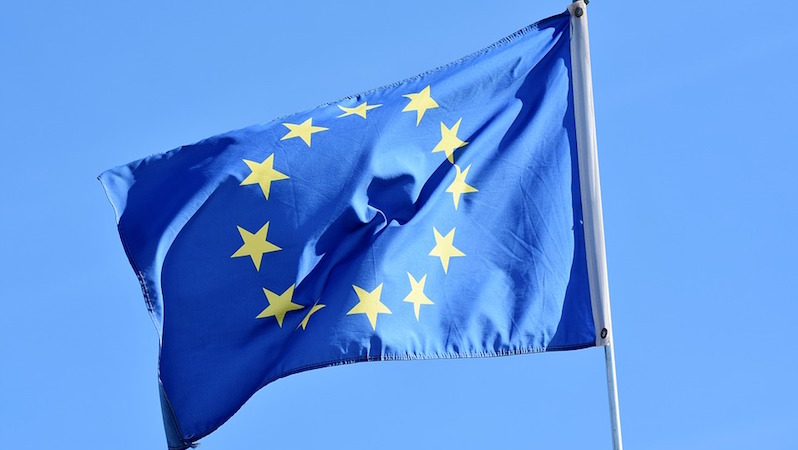 Each EU member state must finalise a National Climate and Energy Plan by the end of the year. (Image: Pixabay)

By the end of the year each European member state will need to finalise plans on energy and climate.

Combined, these are intended to be the blueprint for Europe’s energy and climate action between 2020 and 2030. The plans are called National Energy and Climate Plans, NECPs, and will be key to how the EU delivers on its climate pledges.

The Paris climate deal is often referred to as of crucial importance, despite the fact that many scientists would agree that it is insufficient to keep global warming below 2 degrees Celsius, let alone 1.5. The EU is seemingly ambitious on climate, its headline Greenhouse Gas (GHG) reduction target (-40% by 2030 compared to 1990) looks good on paper in comparison with other pledges across the planet. However, a target is just a target and, unless robust policies are implemented, there is no mechanism to ensure that the EU will actually deliver on its pledge. Implementation is key. A plan is just a plan unless there are strong actions behind it.

The EU passed key climate regulations in 2018, meaning the legislation phase is largely behind us. The framework is set out, so it is time to focus on actions. NECPs are designed to ensure the EU will make the right steps in climate and energy between 2020 and 2030.

Renewable energy is meant to replace fossil fuel consumption, the primary cause of climate change. In addition to the headline climate target, importantly, the EU has committed to at least a 32% share of renewable energy consumption by 2030, with an upward revisions clause for 2023. Renewable energy comprises solar, wind, hydro, geothermal and biomass sources.

Evolution of emissions from various sectors in the EU

The IPCC has made it clear in its 1.5 degrees report that the years until 2030 are critical. Although 2050 discussions are important, the time frame of most relevance is until 2030. Progress to be achieved today cannot be substituted by GHG reductions achieved between 2030 and 2050.

In its Emissions Gap Report, UN Environment says that unless climate ambitions globally are increased before 2030, exceeding the 1.5 Celsius goal is unavoidable. Leading figures in climate science and economics said much more must be done, and quickly, to stave off the prospect of dangerous levels of global warming. Many large emitters are not on track to meet their self-imposed targets under the Paris Agreement, according to data from Climate Action Tracker.

There are two major problems with draft NECPs. Firstly, they are insufficiently detailed, lacking coherence or structure. Second, the drafts take little or no account of costs of proposed actions. Final plans will need to become much more robust, otherwise member states will not deliver on energy and climate and the EU will be unable to meet its targets.

According to the IMF, each year about 5 trillion dollars are spent to subsidise the use of fossil fuels. An increasing number of governments have recognised that the price of fuels will need to be adjusted. Lessons learnt from the Paris yellow vests movement shows however, that price matters. The French government raised the price of transport fuels but citizens disapproved the move. It is well recognised that energy prices need to reflect true costs, and the price of fossil fuels will need to include social costs such as climate change. Internalisation of externalities requires increasing the price of climate damaging fuels, such as oil. But the Paris yellow vests movement in effect vetoed this climate-friendly measure of the Macron government. The lesson is that governments ignore the cost aspect of climate measures at their peril.

Recent research carried out by Ecofys/Navigant has shown that electrification and European sourced biofuels are the only feasible technologies available for large scale decarbonisation to 2030. Combined biofuels and electromobility schemes maximise carbon reductions cost effectively. There is an emerging consensus that all available measures, including e-mobility and sustainable biofuels produced in Europe (excluding palm oil diesel), are needed. Otherwise targets will be unmeetable. Furthermore, the evolution of costs is important: what is cost effective today is not necessarily the same as what will be cost effective in 2030.

Biofuels issues are complex, but are becoming less and less so. The discussion today is very different from a decade ago, when data were scant and the world had to rely on models and predictions on the likely impacts of biofuel policies. Catastrophic projections made a decade ago never came true. In fact, data gathered over the past decade is getting clearer, and international organisations are taking notice. The IPCC says that “growth rates projected in [biofuels and electric vehicles] pathways would be unprecedented in a 1.5D scenario and far higher than has been experienced to date”. The FAO states that the food v fuel debate is a “false dichotomy”. The IEA chief says that ethanol is “very important because it’s part of the solution in terms of reducing oil import dependence of many countries.”

Regrettably however, there is very little discussion in the EU on the costs of transport decarbonisation measures. The EU has not yet commissioned comprehensive research on the cost of transport decarbonisation options. The Ecofys/Navigant report could serve as a model. The report shows that cost-effective decarbonisation requires an “and” approach to oil displacement, not “either/or”, and both sustainable biofuels and electrification are required– otherwise 2020-2030 will be another lost decade. Maximising carbon savings in transport at lowest cost needs to be a priority. That is the task ahead of for governments before NECPs are finalised this year.

Zoltán Szabó, PhD in environmental economics, is sustainability advisor in the bioenergy industry. With experience in public administration, research, NGOs and business, his work is focused on reconciling climate, energy, agricultural, transport and environmental policies.

This post was sponsored by Ethanol Europe. See our editorial guidelines for what this means.