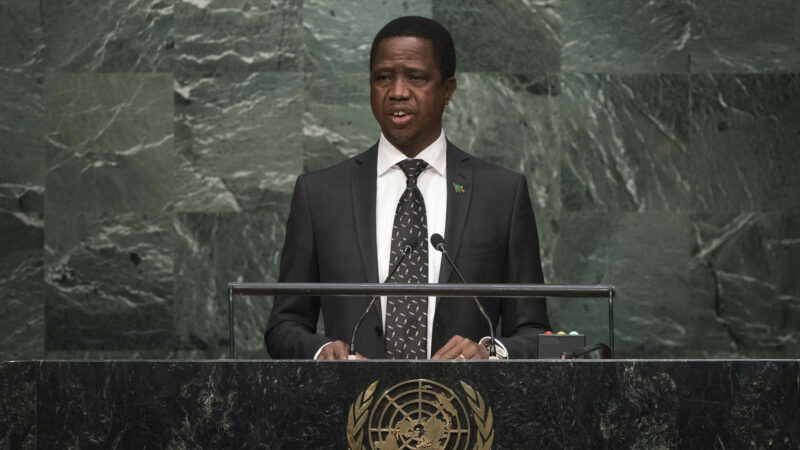 By Zak Derler and Future Climate for Africa

A longitudinal study has found that political leadership and the role of international donors has affected the evolution of climate policy in Malawi, Tanzania, and Zambia.

The project, carried out under the Future Climate for Africa UMFULA project and supported by the Foreign, Commonwealth and Development Office and UK Natural Environment Research Council, involved a close look at climate change adaptation policy and planning at a national level between 2012 and 2017.

The resulting paper, published in the journal Regional Environmental Change, concluded that the intersection between leadership and donor funding in the three countries was closely associated with the priority placed on the climate agenda. It showed the “convergence of power and resources – not only from the perspective of donors, who resemble resource holders and so bring power, but also from the political leadership.”

Over the six-year period, researchers surveyed more than 100 government staff and conducted a total of 242 interviews with a range of stakeholders in all three countries.

We spoke to Katharine Vincent, co-author of the paper and a climate change adaptation specialist, about what the results might mean for the region and for the wider international community.

Why was it important to look at the evolution of climate adaptation in these three countries?

KV: Rather than just looking at whether or not policies exist, looking at what factors have been important in bringing them about provides insight into how to effectively support those same factors to promote effective policy implementation and effective and equitable adaptation to climate change among all sectors and for all citizens in those countries.

What do the results tell us about the way they are adapting to climate change, and the way they will continue to in the future?

KV: All three countries have experienced recent political change (presidential elections and changes in administration) and been subject to different levels of donor financial inputs which has affected the way in which climate change is (or isn’t) prioritised.

Given that our research shows that the role of national leadership strongly affects the progression of the national climate change agenda, we can hope that the leaders will commit to implementing the agenda.

Why is this important for neighbouring countries?

KV: In this case we traced the emergence and evolution of national climate adaptation planning in three countries and found that – although the ways in which they had played a role differed – it was those two factors (political leadership and the role of donors) that were important.

We cannot necessarily generalise that they will be important in all countries – but this does highlight the importance of understanding the political economy of decisions to be able to effectively and equitably support climate adaptation.

And why is it important for global institutions and governments to take heed of these findings?

KV: As well as affecting national adaptation agendas, power and influence will similarly affect the implementation of those policies, which may lead to winners and losers.

Understanding this is important for things like adaptation finance – to ensure that it goes to support adaptation of the most in need (and perhaps those that are losers in policy implementation).

Throughout the process, what did you personally learn?

If you understand this, you can understand how to effectively advocate (or rather, with whom to advocate!)  In this paper, we were looking specifically at national level agendas but, of course, once policies are in place political economy also plays a role in determining the often-uneven ways in which policies are implemented, and who wins and who loses from that process.

The paper can be found here.