Sponsored content: The lighting company argues that LED and smart installations will benefit students, teachers, the school budget, and the European Green Deal 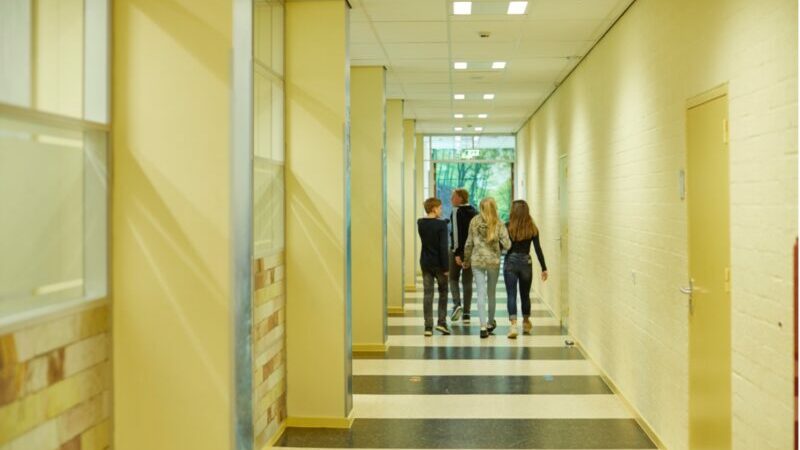 By Neil Pattie and Signify

As schools return, Signify calls for all educational buildings in the EU to switch to LED lighting by the end of 2030 in a move to save energy, create jobs and further Europe’s digital future.

The initiative comes after the European Commission’s recent approval of the Recovery and Resilience Facility, an instrument which aims for EU nation states to emerge stronger from the Covid-19 pandemic.

Under the plan, the EU will finance projects that support a green and digital transition, and learning environments, Signify argues, need to be a priority to accelerate 2030 and 2050 carbon goals.

“Schools often have squeezed budgets and their lights, on the whole, are vastly inefficient,” said Harry Verhaar, Global Head of Public and Government Affairs at Signify, adding, “within the education sector in the EU there are 55 million light points using old technology that could be converted to LED. Doing that would reduce the EU’s carbon footprint by 3.7 million tonnes of CO2 a year and the same effect as the carbon sequestered by a forest the size of Slovenia.”

The company is not shy on calling for renewed focus on converting schools to energy efficient technologies and smart lighting.

“We call for an EU-wide policy mandating all schools be converted to LED lighting by 2030 at the latest,” says Verhaar. “This will help the Commission achieve its carbon reduction goal, create jobs, and deliver €1.2 billion a year in energy savings,” he added.

Connecting LED lights to sensors and software management systems drives additional energy savings. This extra saving can be as much as 30% on top of the 40-50% saving gained by switching to LED technology.

At Eindhoven’s University of Technology, smart lighting has been used to drastically reduce CO2 emissions of its main building, Atlas, by 80%, leading to a 60% saving in energy bills. According to BREEAM, it’s now the most sustainable educational building in the world.

Arguably, the benefits of connected lighting far exceed extra energy efficiency. Signify has up its sleeve technology such as a Philips Tunable White that allows teachers to choose different light scenes that can be programmed depending on the time of the day and overall mood of the students.

In a scenario where concentration is needed, for example, a teacher can use a scene with a higher light intensity and a cool colour tone to help pupils to focus, while a warm setting can be used to calm pupils after breaktimes and reduce high energy levels.

A technology preceding Tunable White was put to the test in an independent study by the government and university of Hamburg as early as 2009, with more than 150 students and 18 teachers participating in a year-long experiment.

It found that reading speed increased by 35%, frequency of errors reduced by 45%, and hyperactive behaviour dropped by 76%. A second more extensive experiment carried out by the University of Twente saw similar results and found that students were more motivated over time.

“I’m always looking for ways to improve our school’s performance and reputation within our limited budget,” said Jane van der Heijden, a primary school principal in the Netherlands.

“We’ve seen measurably better results and the school is able to boast an outstanding learning environment that gives pupils the best start,” she added.

Signify also suggests that smart lighting should be utilised not only in primary schools but in larger colleges and universities too.

In 2018, the Hamdan Bin Mohammed Smart University in Dubai was kitted out with Signify’s Interact system, which, through sensors embedded in luminaires, can monitor human presence to switch off lighting and air conditioning when students vacate the room.

Furthermore, light points are controlled using smartphones and tablets and famously the university is the first to have zero light switches.

Coded light transmitted by ceiling luminaires is also used for indoor navigation. Integrated with the university’s smartphone app, it helps students find available rooms or leads them to their classes – so no excuse for being late to a tutorial.

The company sees school renovation as an integral part of Europe’s green recovery programme. It also advocates the use of UV-C upper air systems to disinfect the air inside classrooms, so as to help prevent the spread of viruses and other airborne diseases. Tests dating back to the 1940s have proven the effectiveness of this technology in mitigating the spread of measles in classrooms.

“Fundamentally, schools are little people offices and so should be treated in the same way; they need the right light just like us and levels of protection afforded to adults,” said Verhaar.

“What’s more is that young people are the future of net zero, so it makes sense to normalise green and digital investments and allow students to be in carbon neutral learning environments from an early age. We cannot afford to let them down.”