Signify shines a light on the municipal LED switch

Sponsored content: A switch to LEDs for municipalities and national governments makes way for powering more efficient technologies of the future 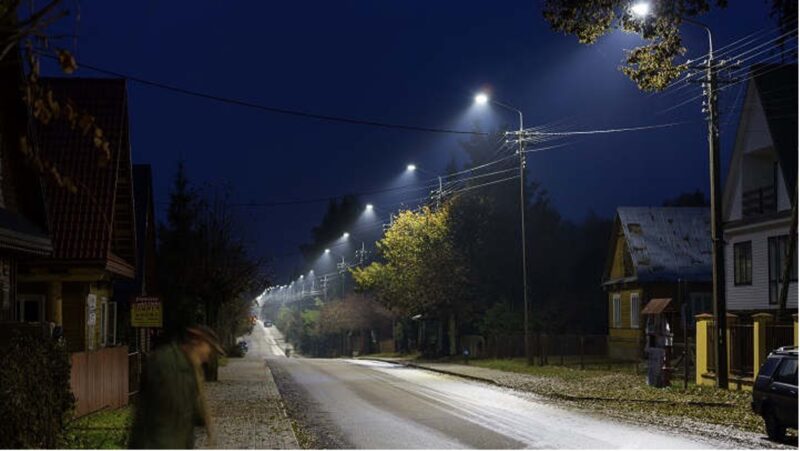 As the triple crises of climate, finance, and energy collide, governments should explore the potential for connected LED lighting.

European cities, big and small, know that their buildings, streets, and municipal services are not green or efficient to weather the storm and confront the issues ahead.

Of course, many initiatives are already in place to expand the renewable chunk of energy portfolios and to develop green infrastructure that could service these changes, but the size and pace of this transformation is falling far short of what is needed.

“We have seen a big emphasis on transitioning energy sources and this is still a massive priority but people are realising that we are running late and building up that supply of green energy is going to take time,” says Alice Steenland, chief strategy and sustainability officer and member of the leadership team at Signify.

“So there is more and more focus on how you manage the demand side,” she adds.

Increasing energy efficiency sits firmly at the centre of this focus and connected LED lighting specifically can accelerate a cleaner future that addresses multiple crises, improves quality of life, and protects the environment.

In fact, switching all light points in the 27 EU member states to LEDs could save €59.6 billion ($58bn) in energy costs, and reduce CO2 emissions by 50.9 million tonnes, the equivalent of the annual emissions of almost 20 million cars or over 500 coal power plants.

The potential unload of the electricity grid thanks to such a switch would be similarly vast and make way for the operation of more energy efficient solutions, creating a win-win situation.

At a country level, the numbers are similarly compelling. A complete switch to LEDs in Germany would deliver energy savings equivalent to the country’s entire electricity generated by Russian gas. And in France? The equivalent of 70% of the electricity produced by all fossil fuels.

While these numbers shine a light on LEDs potential on a country level, focusing in on what municipalities can do is perhaps most important.

“Of course, at a national level we need commitments and timelines for carbon neutrality but the real reduction in emissions and the real implementation needs to be at city-level,” says Harry Verhaar, head of global public and government affairs at Signify.

An LED switch in a large metropolitan city would unload enough electricity to charge almost 60,000 cars annually, while 10,000 could be charged in a medium-sized town. Even without input from major cities, this shows that the sum of lots of smaller projects could have a huge impact across a country’s municipal network.

“Cities may feel that replacing infrastructure before the end of its useful life (so-called “stranded assets”) is in some way a false economy but it is quite the reverse,” says Verhaar.

“If you don’t replace such assets today, you end up paying twice: once for much more expensive energy and then again in the future when they need to be replaced,” he adds.

The time to act on energy efficiency is now. Unlocking the massive potential of energy efficiency – recognising we currently waste half of the energy we use – is a winning lottery ticket for Europe. It strongly reduces carbon emissions, results in significant savings on energy bills for cities, consumers and business, brings down gas imports, and – importantly – frees up electricity that can be used to electrify heating and transport.

Let’s not waste all the crises that are currently hitting us hard, and rather take action that puts Europe on the trajectory set out in the European Green Deal.