Gas is casting a long shadow over green development in Africa

Comment: At the Cop27 summit in Egypt, a dash for gas risks distracting from the support for climate resilience Africans really need 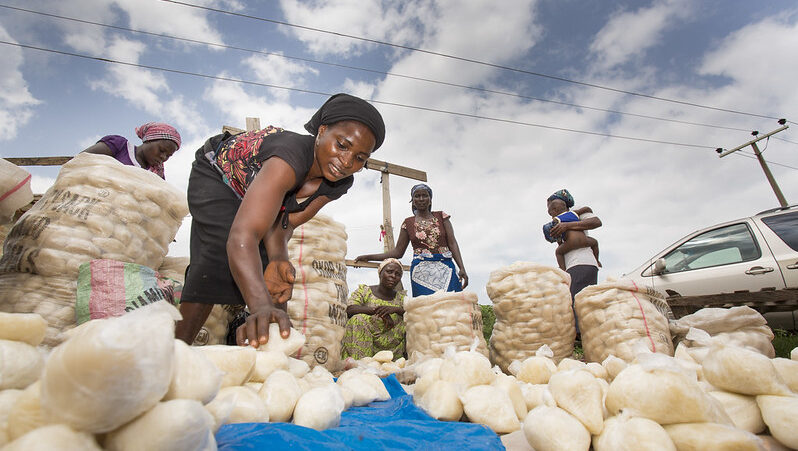 Here in Egypt at Cop27 climate talks, attendees are on the receiving end of a barrage of announcements centred around Africa.

Africans know we are vulnerable to climate change, because many still intrinsically depend on the land for their livelihoods. And we can feel the climate shocks: drought in the Horn of Africa. Flooding in Nigeria. Cyclones in Madagascar.

Limiting global warming to 1.5C is fundamental for development, with clear economic benefits from a low emissions pathway emerging for Africa by 2030. The International Renewable Energy Agency (Irena) calculates that compared to current plans, a path to 1.5C would deliver an additional 6.4% in GDP growth by 2050, 3.5% more jobs and a 25.4% higher welfare index.

But in the current energy crisis, lobbyists, companies and governments are pushing another option: gas.

At Cop27, a significant minority of delegates are seeking gas deals, with development as the moral justification. The reality is African governments taking on outrageous debt to subsidise companies from the global north coming to turn a profit, while local people bear the brunt.

If African countries invest in fossil fuel infrastructure, it risks locking in high emissions, burdening their economies with stranded assets, and potentially losing out on major economic opportunities to invest in renewable energy and green hydrogen – for both domestic use and exports.

Most revenues generated from fossil fuel projects go to multinational companies, not the countries where they’re generated. In Nigeria, Africa’s biggest oil producer, 55 million people are still without access to electricity: it has the most people in extreme poverty in the world.

Another example is Mozambique, where the government has taken on debt in advance of promised future tax revenue from LNG development.

A study by McKinsey shows African gas and oil fields are 15-20% more expensive to develop and up to 80% more carbon-intensive than other fields globally. New African LNG faces significant competitive pressures if not disadvantages from incumbent producers, or producers with intrinsically lower cost structures.

Is there room for more gas? The International Energy Agency’s (IEA) 1.5C-compatible Net Zero Roadmap projects that African LNG exports would have to peak by 2025 and begin dropping to low levels by 2030.

In this scenario, total African gas production would also need to peak by around 2025 and drop below 2010 levels by the mid 2030s. Importantly, the IEA scenario has significantly higher gas than many other Paris compatible pathways through the 2030s: it’s clear that if the world implements the Paris Agreement the prospects for ongoing markets for new gas from Africa aren’t great.

The paradox? Renewables are already cheaper than coal and gas power plants in most African countries, but they’ve not received promised climate finance required to fund the energy transition – while international support for fossil fuels continues.

Energy access and supply in Africa is not a black and white, either/or decision-making environment – but Africans are not here to be taken advantage of to further subsidise the consumption habits of the north.

This model is all too familiar to us. If developed countries are serious about supporting sustainable development in Africa, they must prioritise support for climate-resilient infrastructure and generation.

Deborah Ramalope, a South African, is head of the Climate Policy team for Climate Analytics.