EU strikes internal deal to tax carbon at its borders

The world-first scheme will protect European industries from being undercut by polluting competitors, but angers emerging economies 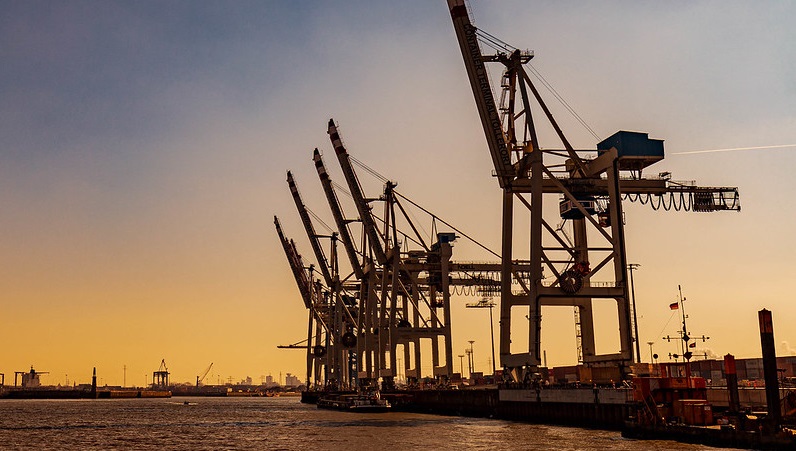 Imports of certain products into the EU will be taxed at ports like Hamburg (Photo: Michael Madchen/Flickr)

After all-night negotiations, the European Union struck a political deal on Tuesday to impose a carbon tax on imports of polluting goods such as steel and cement, a world-first scheme aiming to support European industries as they decarbonise.

Negotiators from EU countries and the European Parliament reached a deal at around 5am in Brussels, on the law to impose CO2 emissions costs on imports of iron and steel, cement, fertilisers, aluminium and electricity.

Companies importing those goods into the EU will be required to buy certificates to cover their embedded CO2 emissions. The scheme is designed to apply the same CO2 cost to overseas firms and domestic EU industries – the latter of which are already required to buy permits from the EU carbon market when they pollute.

Mohammed Chahim, European Parliament’s lead negotiator on the law, said the border tariff would be crucial to EU efforts to fight climate change.

“It is one of the only mechanisms we have to incentivise our trading partners to decarbonise their manufacturing industry,” Chahim said.

The stated aim of the levy is to prevent European industry from being undercut by cheaper goods made in countries with weaker environmental rules.

It will also apply to imported hydrogen, which was not in the original EU proposal but which EU lawmakers pushed for in the negotiations.

Some details on the law will be determined later this week in related negotiations on a reform of the EU carbon market. It will apply from 1 October 2023 but with a transition period where the importers have to report but not are not yet taxed.

Currently, the EU gives domestic industry free CO2 permits to shield them from foreign competition, but plans to phase out those free permits when the carbon border tariff is phased in, to comply with World Trade Organisation rules. How quickly that phase-in happens will be decided in the carbon market talks.

Brussels has said countries could be exempted if they have equivalent climate change policies to the EU, and suggested the United States could dodge the levy on this basis.

The proposals will affect the EU’s neighbours in Eastern Europe and North Africa the most. Ukraine and Turkey are drawing up carbon pricing mechanisms to avoid being taxed.

They said it was “discriminatory and against the principles of equity and [common but differentiated responsibilities and respective capabilities]” – a UN term meaning that developed countries, which are historically responsible for causing the climate crisis, should do more to address it than developing ones.