Climate Vulnerable Forum calls on all countries to increase their carbon-cutting contributions by 2020, as leaders meet in New York 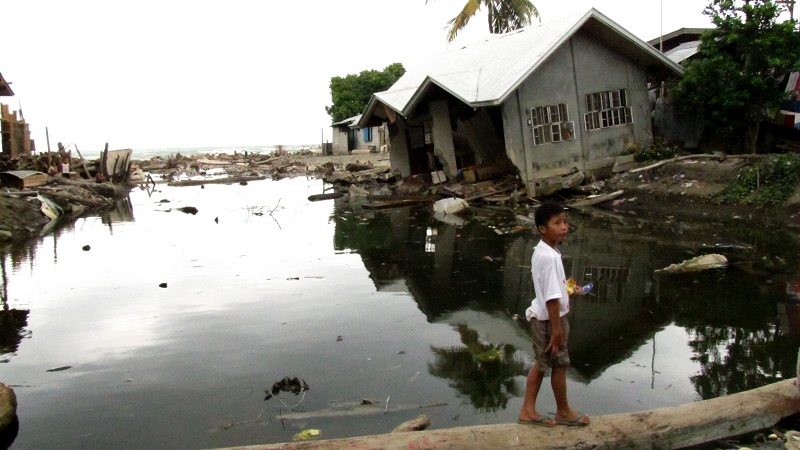 Countries vulnerable to the impacts of climate change called for “concrete steps” to limit warming to 1.5C, as leaders gathered in New York on Friday.

That was the aspirational target in the Paris Agreement, which representatives from more than 165 countries are set to sign at a UN ceremony.

The Climate Vulnerable Forum, an informal grouping of 43 developing states, appealed to developed world allies to make it happen.

Emmanuel De Guzman, head of the Philippines Climate Change Commission, said: “Ambition must translate into concrete steps to meet the 1.5 degree objective, which means all countries must resubmit far more ambitious contributions under the Paris Agreement by 2020, at the latest.”

Analysts warn it will be a tall order to limit greenhouse gas emissions enough to stabilise temperatures at 2C, the looser goal set in Paris, let alone 1.5C.

National carbon-cutting pledges submitted so far are projected to lead to around 3C rise from pre-industrial levels.

Yet evidence is mounting that even low levels of warming will severely disrupt some ecosystems and human societies.

A study published on Thursday found that half a degree could mean 10cm more sea level rise this century and the destruction of virtually all coral reefs.

The UN’s Intergovernmental Panel on Climate Change has agreed to produce a special report on the impacts of 1.5C and emissions pathways to it.

“Ambition in climate policy clearly will be crucial to enable ambition in sustainable development goals and enhance enjoyment of fundamental human rights globally,” he said.

The CVF also reiterated demands for rich countries to mobilise US$100 billion a year of climate aid by 2020.