Choosing your power source should come down science and economics, but as the UK’s Hinkley saga shows it’s also a deeply political game 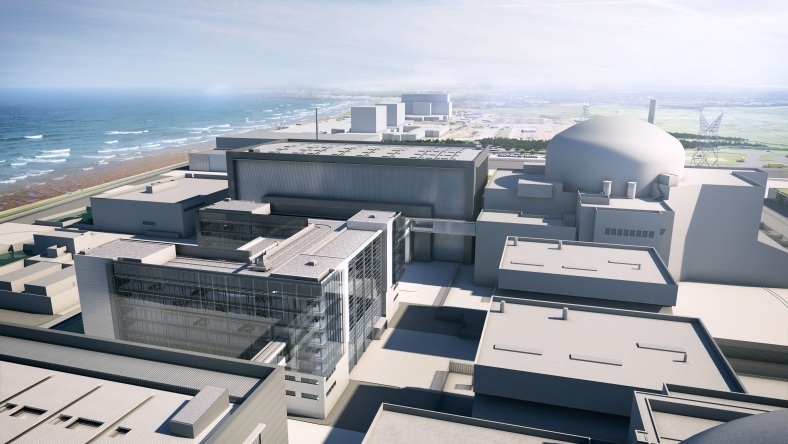 Today the UK approved a new £18 billion nuclear power plant which the government says will supply 7% of the country’s electricity needs for 60 years.

Financed by the French and Chinese governments and to be built by French state-controlled energy company EDF, the Hinkley C power plant has been the subject of fierce debate in the UK.

Critics say the new plant will be an expensive “white elephant” and is unsuited to a fast-developing energy sector where cheaper renewables, flexible demand management and tech-driven efficiency measures will reign.

Supporters argue the UK needs a guaranteed source of low carbon base-load power to fill a gap left by a planned phaseout of coal by 2025, and the closure of other nuclear plants.

The government says it’s essential to keep the UK on course to meet a legally binding goal of cutting greenhouse gas emissions 80% on 1990 levels by 2050.

So what’s the skinny? Simon Evans at Carbon Brief offers a nuts n’ bolts look at the deal in this article. Below is a taster of how the decision has gone down among domestic experts and international observers.

First off the market – and judging by initial reactions, it’s not convinced…

True, the plant will offer a huge wedge of power, but it will be expensive…

Bloomberg and Greenpeace agree on this – not a natural alliance, perhaps. Here’s the green group’s executive director John Sauven:

“Today’s announcement has changed virtually nothing. This deal remains terrible value for money for bill payers and taxpayers. The inflation linked electricity price for Hinkley over the coming decades will be astronomical compared to the falling price of renewable power, battery storage and smart energy technology.”

Confused? You’re not the only one…

That said, it does offer a base-load power and the costs are subject to further analysis, argues Sam Fankhauser, co-Director of the Grantham Research Institute on Climate Change and the Environment:

“Analysis by the Committee on Climate Change has shown that it would be very difficult for the UK to achieve the average cut in annual emissions of greenhouse gases of about 57 per cent over the period between 2028 and 2032 compared with 1990, as required by the Fifth Carbon Budget which was passed by Parliament in July, if neither new nuclear power plants nor carbon capture and storage technology are operating.

“There has been much speculation about whether the strike price for electricity from Hinkley Point C of £92.50 per megawatt-hour is too high. However, it is important to note that such an assessment requires estimations of the wholesale price of electricity for the 35-year period from when Hinkley Point C starts operating, which is not likely before 2025. Such estimates cannot be made with any precision and are subject to large uncertainties.”

Govt said they'd review all parts of #Hinkley deal. Strange then they've not reviewed high price that saddles consumers with a £30bn bill!

But as Labour MP and climate spokesperson Barry Gardiner alludes to in his tweet, this is a gamble – a bet that future costs of renewables won’t fall fast and the storage required to unleash wind and solar won’t come online faster.

Cash available to invest in these other forms of energy will also be tighter as a result: here’s a handy chart from UK energy wonk Simon Moore:

The share of agreed UK low-carbon spend taken up by #Hinkley (area=total support) – the fat purple one in the middle pic.twitter.com/J36ELLh0qS

Let’s be clear, this was not a decision solely based on the economics of the project or on the number of jobs it will create, despite the government’s best efforts to spin that line today…

Sky News touched on a vital angle to the UK’s hunt for a new nuclear reactor: relations with Beijing

The Chinese were angered when new prime minister Theresa May put plans for Hinkley C on ice in July. The UK had to send its top diplomat in Beijing to smooth the waters today.

Failure to seal a deal, it suggests, would have represented a severe blow to China’s nuclear ambitions, and to Sino-British diplomatic links…

Now these are back on track (for now) the UK will hope one of its other climate plans – to become a hub for Chinese green finance – can bear fruit.

For decades to come, UK business & consumers will be paying over the odds while competitors use cheaper, new energy technologies #Hinkley

…and fund manager Ben Goldsmith, who sits on the Conservative Environment Network

I wish we could know what was said in conversations that led to our Gov't saying yes to a huge, extortionate monstrosity of a nuclear plant.

Still – for Tory voters it may be as good as it gets, given their longstanding antipathy to onshore wind. Imagine this instead?!

100% renewable electricity in Britain: cover an area the size of Wales in wind turbines and be able store up to a week of demand. #easy

Wrapping up… the decision marks the start of a new round of work to deliver a UK low carbon energy plan to meet recently-agreed 2030 emission-slashing targets.

“Now the decision is done, one assumes that the Government will turn its attention to delivering similar certainty to other parts of the low-carbon energy system, notably offshore wind, tidal power, energy efficiency and demand-side response. Another thing for it to consider is whether the Hinkley model of bespoke, one-off deals with preferred bidders is really the way it wishes to do business; a more free-market approach, with genuine competition between low-carbon providers which also rewards innovation rather than incumbency, is surely the way to go.”

With offshore wind costs falling fast and the case for renewables increasingly compelling it remains to be seen if Hinkley C looks such a good deal when it comes online in 2025.

Or should that be if?