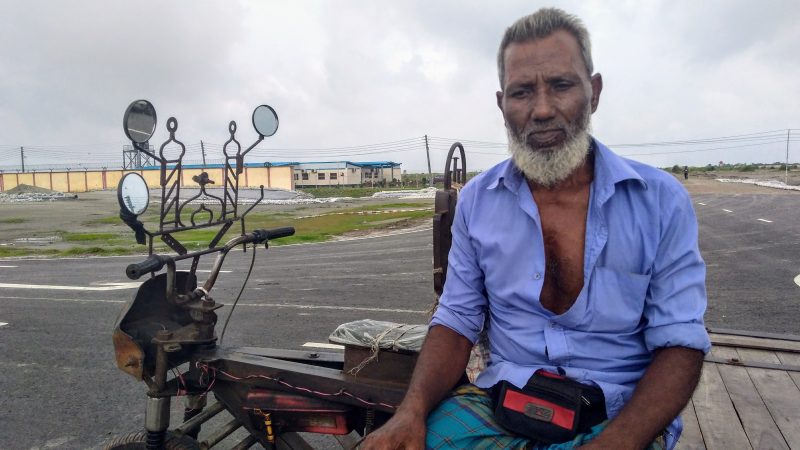 By Megan Darby in Dhaka

At the site of one of the world’s most controversial coal projects, a fence topped with barbed wire surrounds a few pre-fabricated huts.

Rice paddies have been filled in with silt to create a base for Rampal power station, 14km from the Bangladeshi Sundarbans, a vibrant mangrove forest and world heritage site. Construction has yet to start.

The government of Bangladesh is claiming victory over green activists after Unesco last week conditionally dropped its opposition to the 1,320MW plant.

In 2016, Unesco urged the authorities to relocate the power station, saying it threatened the unique ecosystem. At a meeting in Krakow, Poland on Thursday, its World Heritage Committee softened that stance, giving an 18-month deadline to address certain environmental concerns.

“It is because of our goodwill and capacity, Unesco has lifted its objection on the construction of mega power plant,” said Tawfiq-e-Elahi Chowdhury, energy advisor to the prime minister, as reported by the national Daily Star newspaper. Finland and Turkey were among 12 nations to voice their support for the plant, he said.

Ultra-supercritical technology will be used to mitigate the environmental impact of the plant, he added. “The Sundarbans saves us from natural disasters; we will do nothing that harms her.”

Mohor Ali Sheikh is loitering with his flatbed moto-rickshaw outside the site entrance when Climate Home visits. He gets 50 taka ($0.62) to transport workers here from the main road.

“I have no idea what problems there will be if a coal-laden ship sinks,” he says, asked about one of the risks associated with the project. “But I know that this power plant gives me the opportunity to earn more money.”

In Foylabazar, the nearest settlement, two shrimp farmers taking breakfast express worries about the potential impact of fly ash on their seafood harvest. Fly ash is a fine dust that issues from power station chimneys. It contains heavy metals that can contaminate water sources if not filtered out.

Komolesh Halder, flipping roti on a hotplate, is ambivalent. He has heard the environmental concerns about the plant, but says more than 200 locals have got jobs there: “They are happy.”

The Sundarbans may be only 14km away, but there is no road connection to Foylabazar. It takes an hour by boat, a journey few people from here have cause to make. To them, its wildlife is a distant concern.

There is more vocal opposition to be found in regional capital Khulna.

“Most of the people of this region, they are against this plant, because it will kill the environment,” says city mayor Moniruzzaman Moni, speaking before the latest news emerged from Unesco’s meeting in Poland. “We have only one Sundarbans.”

From the opposition Bangladesh Nationalist Party, Moni accuses the government of suppressing democratic protest to protect its relationship with India. “They are not listening to their own people’s voice as well as the environmental specialists. Yes, we need [electricity] but we need the Sundarbans also.”

Surrounded by ecology books at the office under his home, Hasan Mehedi of local NGO Clean cheerfully describes several visits from the police. They harassed staff, seized campaign literature and forced him to change the venue of a photo exhibition, he says.

Representing his NGO, he cannot criticise the government, on pain of having its registration revoked. “I only want to protect the Sundarbans,” he says. “If they do that, we don’t have a problem.”

Mehedi rolls out his latest poster, which shows various health problems associated with burning coal. That is one line of advocacy. The plight of dolphins and the endangered Bengal tiger is another. The delta forests are home to nearly one fifth of all Bengal tigers left on earth.

Then there is the forest economy. An estimated 300,000 people make a living from the mangroves, according to Mehedi. They catch fish and crab, gather honey in season or nypa palm for thatching roofs.

The mangroves are a major source of income in Gabura, on the cusp of the Sundarbans. It is not connected to the electricity network. Around four out of five households have solar panels.

When it is working, the magazine-sized panel runs two lightbulbs for four hours a day. “The light is dim. I can’t see an insect if it falls in the rice,” says Begum. “I want grid power.”

At the last count in 2014, 38% of Bangladeshis had no electricity access. Power outages are common.

The country needs more electricity, accepts activist Mehedi. “When we organise any movement in Khulna or the area, on that day, the power is cut in Khulna city, to show that you need the power plant,” he says. But increasing generation capacity does not automatically lead to wider distribution – and he does not want to see the Sundarbans industrialised.

The Rampal power venture goes hand in hand with the opening of an industrial zone at nearby Mongla port, to produce cement, leather and tyres among other things.

To meet Unesco’s approval, the Bangladesh government must put all industrial development in the southwest on hold pending a strategic environmental assessment of the region, including the Sundarbans.

In a message to Climate Home after the meeting, Mehedi says he is “disappointed” with Unesco’s move, but notes it is only a draft decision. “Still there is hope.”