New research finds worsening droughts will sap the biblical waterway, which is already under pressure from agriculture and a growing population 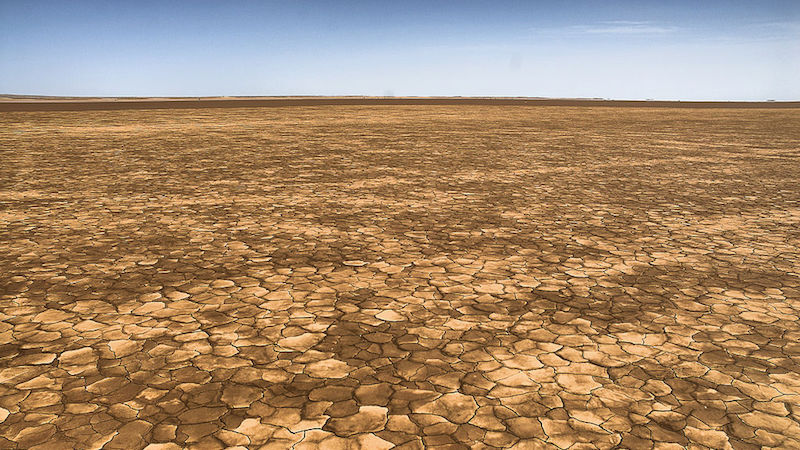 Hydrologists and climate scientists have just calculated the future of one of the world’s most celebrated waterways, the River Jordan. Their conclusion is that the outlook is poor – and getting poorer.

If humans continue to burn fossil fuels at an ever-increasing rate, then rainfall will diminish by 30%, average temperatures will rise by 4.5°C, and the flow from the Jordan’s most important tributary could fall by 75%. The frequency of droughts will increase threefold, to recur almost every year.

And since the kingdom of Jordan – wedged between Syria, Israel, Saudi Arabia and Iraq – is already one of the most water-poor nations of the world, the future is challenging.

Scientists in California report in Science Advances journal that they took a look at future conditions for one of the world’s political hotspots, and focused on the problems for one state in the region.

Pressure on water supplies has been exacerbated by population growth, economic development, dramatic increases in irrigated farming, and abstraction of groundwater from the aquifers that once filled wells and topped up desert oases. Jordan also houses the world’s second largest number of refugees per head of population.

In 1946, a Jordanian citizen could count on 3,600 cubic metres of water a year. Right now, this supply has dropped to 135 cubic metres – way below the 500 cubic metres a year set by the United Nations as the threshold for “absolute scarcity”.

The scientists looked at rates of water use between 1981 and 2010, and then fed in climate scenarios – including the notorious “business-as-usual” one in which humans go on burning fossil fuels – for the decades between 2011 and 2100.

They thought about drought in different ways, such as lower rainfall, higher temperatures, greater evaporation, changes in the way land is used. The changes could happen in Jordan itself, or upstream, in territories controlled by other nations.

The Jordan River is celebrated in three of the world’s great religions, but it is now a modest stream. It rises on the slopes of Mount Hermon, on the border between Syria and Lebanon, flows south through northern Israel, through the Sea of Galilee (Lake Tiberias), whose waters are at their lowest level in a century, then meanders down a 200km valley and ends in the Dead Sea.

It runs through a region already cruelly hit by drought and by the civil war in Syria that itself may have been precipitated by the same drought.

The Jordan is just one of the world’s 278 waterways that flow across national boundaries or that divide nations – that is, rivers that deliver water to more than one set of peoples. So the study has wider lessons.

Researchers have already identified future problems connected with the Nile, one of the other great rivers of biblical history.

But the Nile, for most of its history, has flowed and has delivered annual floods. The River Jordan was never famous for its floods, and its flow is likely to diminish as less water falls in the uplands, and as more people compete for more water from the trickle that is left.

The end of the Syrian civil war upstream could mean a return to farming and even more demand for water that would otherwise flow into the Jordan.

“The ability of the Jordan to satisfy future urban and agricultural water demands will be stressed by cascading effects on its freshwater supply,” says one of the report’s authors, Steven Gorelick, the Cyrus Fisher Tolman Professor in the School of Earth, Energy and Environmental Sciences at Stamford University, California.

“These impacts are from increasingly severe droughts and eventual agricultural land-use recovery in the aftermath of the Syrian civil war.”

This article was first published on Climate News Network.