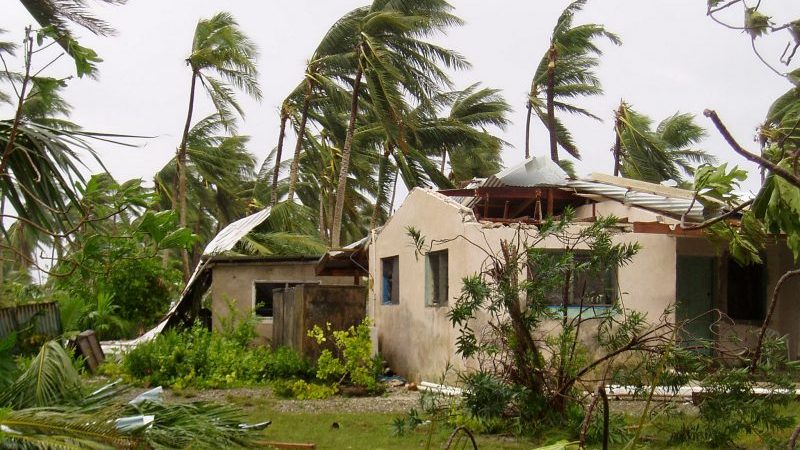 Global civil society organizations are calling for a tax on fossil fuel supplies to fund support to people hit by climate change impacts.

Polluters should pay for homes and livelihoods wrecked by rising seas and increasingly extreme weather, campaigners argued in a statement issued alongside UN climate talks in Bonn, Germany.

Expressing frustration with slow progress made on “loss and damage” in formal negotiations, more than 50 groups and individuals backed the “climate damages tax” idea.

“We need a solution to climate change damage for my island on the front line of sea level rise and for coastal cities and communities around the world,” said signatory and Seychelles ambassador Ronny Jumeau.

“A key part of the solution is loss and damage finance – we need new sources of finance to cope with the impacts.  A climate damages tax could provide a new source of finance, at scale, and in a fair way.  This concept deserves to be taken forward.”

Negotiators agreed in Bonn on Tuesday to hold an “expert dialogue” in 2018 on raising funds for climate change victims, deferring the contentious discussion for another year. Developed countries do not accept liability for damages caused by global warming.

The campaigners’ declaration says the fossil fuel industry is responsible for around 70% of global greenhouse gas emissions, but bears “none of the costs” of their effect on the climate.

Julie-Anne Richards of the Climate Justice Programme said “At Cop23 rich countries have done everything they can to stump discussion on ways to fund the poorest people on the frontline of climate impacts.

He commented: “While the developed countries are not paying heed to the climatic damage, how can we expect that their polluting industries will raise funds to address the damage?”