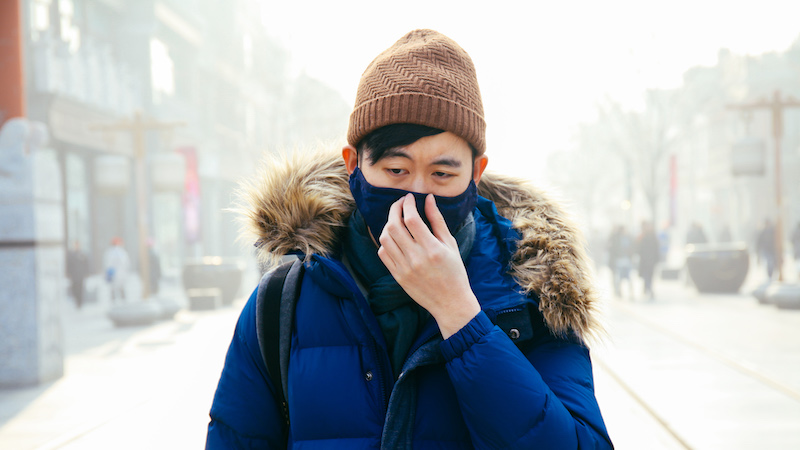 Inner-city Beijing has some of the worst air in the world. But as temperatures in northern China drop to around -6C, rural residents say nights without heating are “increasingly unbearable” (Photo: Deposit Photos)

By Li Jing in Zhuozhou

While middle class Beijingers breath the cleanest air in recent winters, in Zhuozhou, a small city just 20 minutes by train from the capital’s downtown, residents are shivering through cold nights without heating.

The reason: a five-year anti-pollution drive has forced rural areas in northern China to switch from dirty coal to the cleaner alternative. The massive retrofitting campaign has sent gas prices soaring while many are left without heating systems at all.

In two villages close to Zhuozhou’s high-speed railway station, on the city’s eastern edge, villagers estimate only about one third of homes have been connected with natural gas supply, while others say they’re still anxiously waiting for the gas company to install furnaces. Their old fashioned coal stoves were all demolished as the government intensified efforts to phase out coal use in rural homes.

As temperatures drop to around -6C, they say nights are “increasingly unbearable”, especially for seniors and toddlers. A street cleaner said he had to burn firewood to keep warm.

“It is very cold, but there’s nothing we can do except wait,” a mother who was picking up her seven-year-old boy from school said, reluctant to be named.

Urban residents of Zhuozhou are more vocal about their grievances, as the sudden increase in natural gas demand means disruption in supply for existing users.

“Every day, from 7pm to early next morning, there’s no heating. Sometimes the gas supply is not stable when cooking,” said a taxi driver who gave his surname as Feng.

Hebei provincial government, which administers Zhuozhou, issued an orange alert for natural gas supply on 28 November. It is the second on a four-tier warning system, indicating a demand-supply gap between 10% and 20% that will have a “relatively big impact” on economic and social operation.

The provincial government said it would cut supply for industrial users and prioritise use for residential and public buildings, including schools and hospitals. Neighbouring Shandong, Shanxi and Shaanxi provinces all report similar problems.

The area surrounding Beijing is one of the worst polluted in China thanks to its massive industrial production, particularly of iron and steel. Air quality traditionally deteriorates further each winter, with burning of raw coal in rural homes exacerbating factory and vehicle pollution.

In 2013, under a mounting public outcry for government to tackle the smog crisis, China’s State Council, or the cabinet, laid out targets to reduce levels of PM2.5 – the tiny particulate pollutants that pose the greatest health threats – in Beijing from around 90µg/m3 to 60µg/m3 by the end of 2017. The World Health Organisation recommends an annual mean of 10µg/m3.

Nearby Tianjin municipality and Hebei province – which have worse air quality than Beijing – have been requested to slash PM2.5 particulates by 25%.

In China, such targets bear political importance. The nation’s leader Xi Jinping has placed increasing emphasis on protecting the environment. In 2014, Beijing’s former mayor Wang Anshun promised to “present his own head” to the public if the capital city failed to meet the mark.

Phasing out overcapacity in iron and steel, pushing for better compliances through campaign-based checkups and car use limitations to control vehicle emissions have made only marginal gains. Official statistics from Beijing show the city’s annual PM2.5 levels were still at 73 µg/m3 at the end of 2016.

Environmental authorities decided some rural areas in northern China – especially those close to Beijing – had to embark on the arduous program of retrofitting coal-fired heating system into gas-powered ones if Beijing and its surrounding areas were to meet the targets.

Thrust into the national spotlight, local cadres have rushed to comply by stripping coal heating systems from homes.

“The original plan was to shift coal to gas only in some ‘core areas’”, said He Kebin, head of Tsinghua University’s school of the environment, who also advises the central government on air pollution. “But it turned out local governments are too enthusiastic, greatly raising the demand.”

Liu Deshun, an official with National Energy Administration estimated that natural gas consumption in 2017 could hit 240 billion cubic metres, more than 14% higher than in 2016. He admitted “no one has expected” the surging demand.

There has also been a substantial underestimation of coal use – and subsequent demand for natural gas – in these rural areas, due to poor energy statistics.

The surge in demand has driven up prices for those who are connected. The official China Energy News reported price for liquefied natural gas (LNG) has doubled in two weeks since mid-November, dealing a heavy blow for both industrial and residential users.

A villager in Zhuozhou who was lucky enough to have gas supply – although unstable – said he was very worried about the rising cost of keeping warm. He expects to spend more than 6000 yuan (around $900) – or twice of what he paid for coal – this winter.

Studies have shown China’s middle class urban dwellers are increasingly willing to pay for cleaner air. Yet this winter, vulnerable groups in less developed areas are bearing the brunt of the cleanup costs.