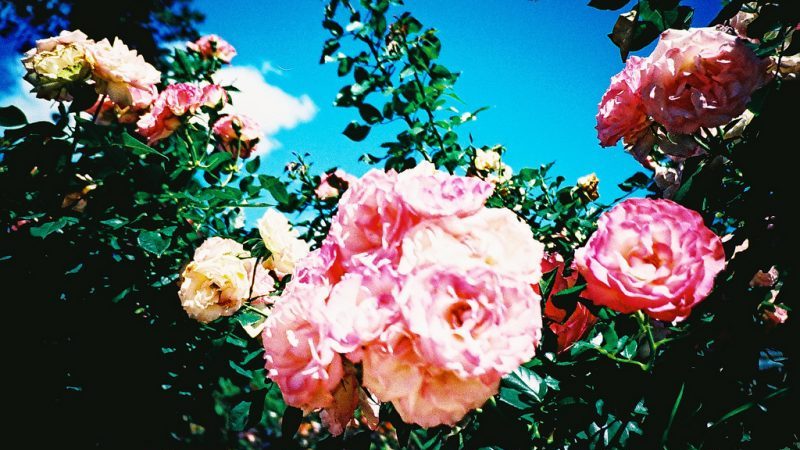 Trump's speech in the White House Rose Garden shocked the world one year ago (Pic: Flickr/mi..chael)

Today is a grim anniversary: one year since Donald Trump stood in the White House Rose Garden and declared he would pull the US out of the Paris Agreement.

There is no denying it undermines the carefully crafted pact, say its architects. A study published in Climate Policy estimates US withdrawal makes it 6-9% less likely the world can hold global warming below 2C, even if it re-engages after 2025.

Perhaps not coincidentally, irrepressible optimist Christiana Figueres chose this week to launch Profiles of Paris, a collection of stories from the people who made the pact happen – and still believe in it.

For the climate nerd, it is a treasure trove of insider anecdotes. They serve as a reminder of the persistence it took to overcome decades of deadlock and disappointment.

Laurent Fabius, who presided over the talks, described Trump’s as a “reprehensible decision” with “dire consequences”. He rallied defenders of the pact to action, writing: “Implementation requires the same determination and the same level of success as the negotiation process.”

Here is one reason to be cheerful: a major initiative to power Africa with desert solar.

The Green Climate Fund is teaming up with the African Development Bank and Africa50 investment fund to mobilise 10GW of clean electricity.

The appeal of harnessing the Sahel region’s abundant sunshine is obvious, but conflict, poverty and patchy governance raise risks for developers. Through this latest collaboration, the organisations plan to share ideas and resources to get projects off the ground.

US cities sue Big Oil, but ignore their own climate guilt – Alex Lenferna, University of Washington

Justin Trudeau’s green sheen was well and truly tarnished this week by the Canadian government’s decision to buy a politically challenged oil pipeline.

Days before the country hosts a G7 leaders’ summit, it bought the Trans Mountain project from Kinder Morgan for $3.5 billion.

That is a clear fossil fuel subsidy, critics told Climate Home News, going against a G7 pledge to phase out “inefficient” support for polluting sectors.

Ireland may look green from space, but it is way off track to meet its greenhouse gas reduction targets.

The country’s environment agency warned it was only set to cut emissions in non-traded sectors 1% from 2005 levels by 2020, far short of its 20% goal.

Expanding dairy herds, growing transport fuel use and burning of peat for power are all driving up emissions.

The US blocked a joint communiqué from OECD’s annual ministerial meeting, AFP reports, over differences on trade and climate change.

Instead, the French chair published a statement backed by a “consensus minus one” among its 34 member states.

Everybody apart from the US called for “a robust set of rules” to implement the Paris Agreement, fossil fuel subsidy reform and measures to accelerate green finance.

The Pope is back on his climate activism beat, Axios reports, this time meeting with oil executives and major investors.

Participants of the private event at the Vatican next week are set to include BP’s Bob Dudley, Blackrock’s Larry Fink and former US energy minister Ernest Moniz.

Following his 2015 message to all Catholics, Pope Francis is engaging with some of the most influential actors in – and potential blockers of – the transition to a low carbon economy.

The Dutch government was in court on Monday to appeal against the 2015 ruling in a famous climate lawsuit.

Campaign group Urgenda and nearly 900 citizens convinced district judges the Netherlands must tighten its 2020 emissions target as a fair share of global efforts.

While the government has made some moves to bolster its climate policies since the verdict, it is questioning the judiciary’s power to intervene in such decisions. The Hague court of appeal is due to announce its decision on 9 October.