While industrial players see it as a threat to jobs, the first tax of its kind in Africa is too weak for climate advocates 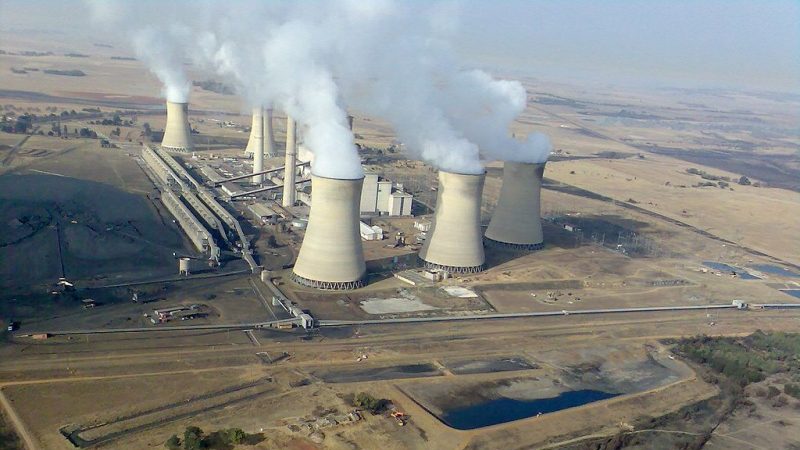 South Africa’s new carbon tax has provoked a storm of criticism from environmental campaigners who say it is too weak – and from industry that predicts it will cause mass job losses.

The new tax, the first of its type in Africa, was cautiously introduced last month in the first of several gradual steps and is scheduled to come into full force in three years’ time.

The tax has been planned for almost a decade. But it was delayed in a country that is struggling to boost economic growth while also being the 14th largest polluter in the world, according to Greenpeace.

Canada, France, Colombia and Sweden all have carbon taxes, with the World Bank saying a total of 46 countries now have such levies or similar schemes in place or scheduled for implementation.

The tax puts a price on releasing greenhouse gases from fuel combustion and industrial processes as countries work to meet the global climate change targets negotiated in Paris in 2015.

In South Africa, environmental groups such as the WWF (World Wildlife Fund) hailed the new tax as “a significant first step”, but said it was far too weak at its present level.

Set at 120 rand ($8.30) per tonne of carbon dioxide, the tax will be largely offset by allowances to lower it to an effective rate of between six and 48 rand per tonne in the first three years. That is far below the $40 to $80 cost per tonne the Carbon Market Watch non-profit group says is necessary to reach the objectives of the Paris Agreement.

“It is pretty weak but very important symbolically,” said Ismail Momoniat, deputy director general of the National Treasury, promising that a reassessment would be held after four years.

Nevertheless, industry is indignant that the tax has been introduced by a government that says its priority is to foster growth and create jobs by promoting investment.

South Africa’s key mining sector, which is in long-term decline, fears the tax will further hasten its demise as one of the country’s main employers. The Minerals Council South Africa, which represents mining companies employing 450,000 people, said the tax could wipe out 6,800 jobs in the next two years and then about 6,000 jobs annually after that.

It described the tax as “the wrong method at the wrong time — a time of already deep financial stress”, adding it would “erode profitability through increasing costs resulting in a shrinking sector”.

Trade unions have taken a more mixed stance. Matthew Parks, of the umbrella union Cosatu, said it was “worried about the impact of pollution and global warming on poor working class communities”.

But he added there were also major fears of the impact on jobs. South Africa’s unemployment rate is at near record highs of more than 27%, with youth joblessness above 50%.

Parks said climate change could be “a perfect opportunity” to create jobs in South Africa through the manufacture of environmentally-friendly cars and solar energy exploiting the country’s abundant sunshine. But he said that “we feel that businesses just want profit and are reluctant to change”.

Zimbabwe: two million have no water as capital turns off taps

At shop floor level, the tax has created uncertainty and resistance.

“For me, the only way I can reduce my emissions is literally by switching furnaces out,” said Theo Morkel, the boss of Transalloys, an iron alloy manufacturer in Mpumalanga province that employs 400 people.

The cost of the tax is already being passed on to motorists. Fuel prices have been put up by 0.09 rand a litre for petrol and 0.10 rand for diesel, according to the Automobile Association.

The national energy supplier Eskom, already on the brink of collapse as it struggles with $30 billion in debt, will not be hit until 2023. But then Eskom’s carbon tax liability is projected to be in the region of 11.5 billion rand ($830,000) a year, according to Gina Downes, Eskom’s environmental economics advisor.

Eskom, which produces more than 90% of South Africa’s electricity and more than a third of its greenhouse gas emissions, said the national plan to meet Paris Agreement targets included winding down its coal-powered stations and boosting low carbon energy production. But Eskom is still finishing two huge new coal power stations that are far behind schedule and over budget.

Noelle Garcin, project manager at African Climate Reality Project, said the squabbling over the tax bore no relation to the threat of climate change.

“The costs will be very low for industries and the big emitters in the next three years,” she said.

“When we look at the timeframe that we have, I feel like it is three years lost, which we can’t really afford,” said Garcin. “The burden will be much more on the next generation. I don’t even know if we can talk about the next generation anymore.”